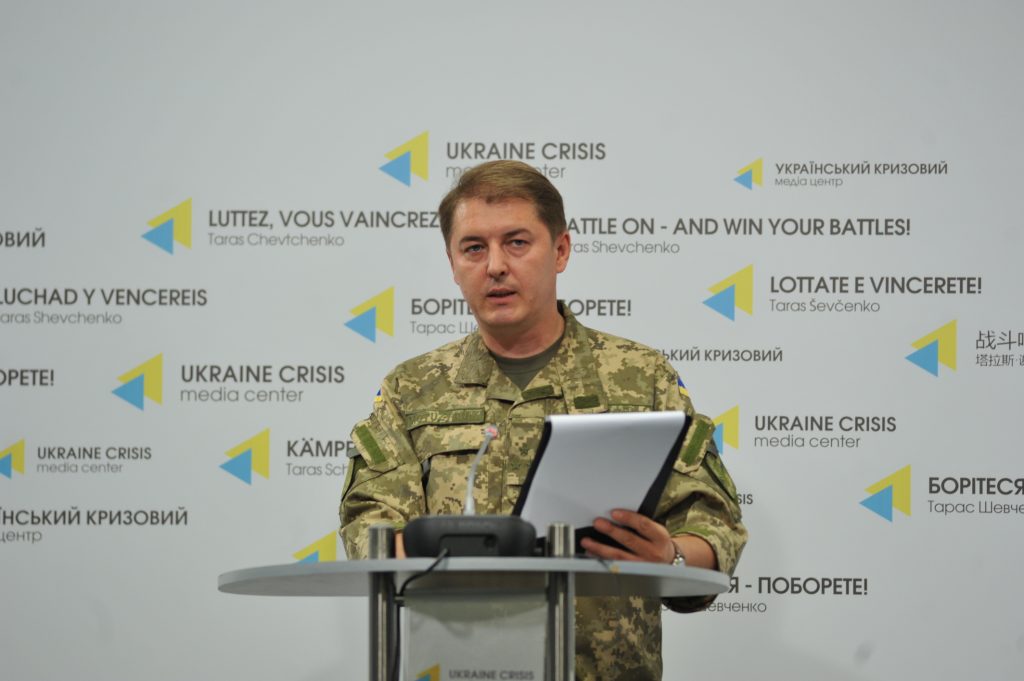 Kyiv, August 6, 2016. In Donetsk sector, despite the decreased level of hostilities, militants continue to use heavy weapons, including mortars and artillery. This was stated by Colonel Oleksandr Motuzyanyk, Presidential Administration spokesperson on ATO related issues, at a briefing held at Ukraine Crisis Media Center. “In Avdiivka, the hottest spot over recent weeks, militants fired more than 100 mines and five heavy artillery rounds at Ukrainian positions yesterday. The shelling took place mainly in the daytime. Other areas where the adversary used mortars included Luhanske, the northern outskirts of Horlivka and the village of Nevelske in Yasynuvata district. In addition, the adversary repeatedly violated ceasefire around the Donetsk airport,” said Col. Motuzyanyk. 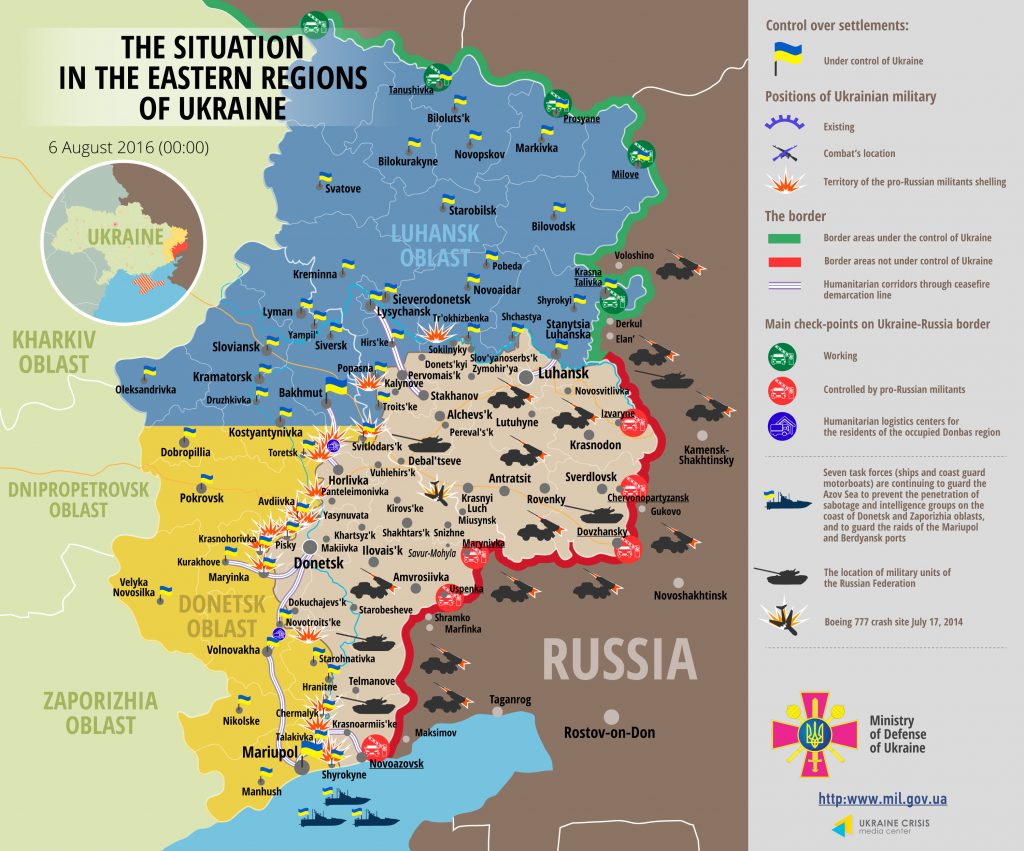 According to him, yesterday in the Luhansk sector illegal armed groups violated ceasefire near Popasna and twice in Krymske, which is north of Bakhmutka road. For the most part, these were only armed provocations.

In Mariupol sector there were instances of violent mortar shelling at Ukrainian positions near Krasnohorivka. In particular, militants fired more than 50 mortar shells within two hours. In the neighboring Maryinka there were four armed provocations with the use of grenade launchers and machine guns. Further south, illegal armed groups violated ceasefire in Bohdanivka, Starohnativka, Hnutove, Vodiane and Shyrokyne. “The hottest spot was Shyrokyne where militants fired at Ukrainian positions using BMP weapons and in the evening they used grenade launchers and small arms over two hours,” said Olexandr Motuzyanyk.

According to Col. Motuzyanyk, a special train with military wheeled and tracked vehicles crossed Dovzhanskyi checkpoint from the Russian side. Russian command shifted two railroad cars with ammunition to Debaltseve. In addition, it was recorded that a mixed column of Russian Armed Forces military equipment consisting of tanks, armored combat vehicles, artillery units and motor vehicles crossed the state border of Ukraine in the area of ​​Kuybyshevo – Marynivka.

According to the Defense intelligence at the Ministry of Defence of Ukraine, now the militants of the self-proclaimed “Donetsk People’s Republic” (“DPR”) must serve the prescribed period which is five years for “officers”, three years for “sergeants”, and at least one year for rank-and-files. In case of early termination of the contract, they must pay compensation in the amount of 75% of the received payment. “This decision is caused by a shortage of militants in the so-called”DPR”and by their ever increasing reluctance to remain in the ranks of Russian occupation troops,” explained Colonel Motuzyanyk.

Presidential Administration spokesperson on ATO related issues also commented the information about the attempt on the life of militants’ leader Plotnitskiy, noting that the Ukrainian side has nothing to do with this. “We consider that this is the result of militants’ internal disagreement. This is the way they fight for power within illegal armed groups. This is not the first time. There had been repeated successful attempts on the life, such as Dremov’s, Mozgovoi’s, Bushuev’s, etc.,” he noted.