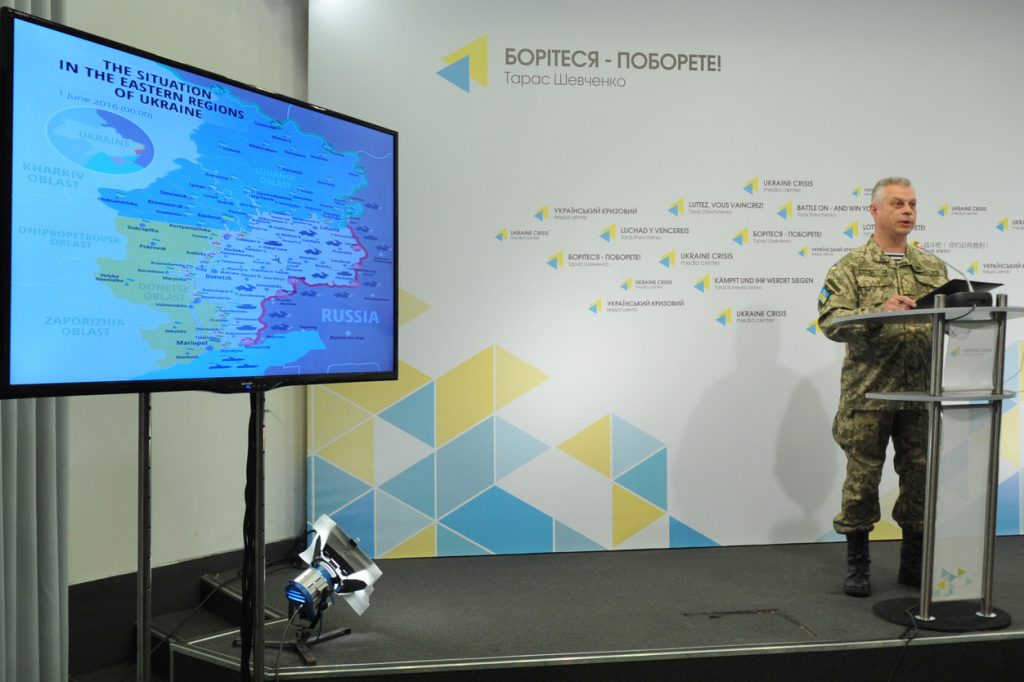 Kyiv, August 7, 2016. Over the past day militants carried out 53 attacks, 21 of them – using heavy weapons. In addition, there was one military clash. This was reported by Col. Oleksandr Motuzyanyk, Presidential Administration spokesperson on ATO related issues, at a briefing held at Ukraine Crisis Media Center.

In Luhansk sector Russia-backed militants violated ceasefire 5 times – in Krymske and Popasna districts. They did not use heavy weapons. In Donetsk sector illegal armed groups carried out 23 attacks and used mortars in 12 of them. The most intense fighting continues in Zaitseve, Novoselivka Druha, and Avdiyivka. On these and other frontlines ATO forces opened fire in return. Most of the shelling took place in the daytime. “Over the past day the adversary attacked 25 times in Mariupol sector, heavy weapons were used nine times. In addition, there was one military clash. The main hotspots included Krasnohorivka, Maryinka, and Shyrokyne. The adversary continuously used mortarsthere. In Maryinka Ukrainian servicemen successfully repulsed an attack of an enemy sabotage-reconnaissance group, which attacked our positionsbetween 3 and 4a.m. yesterday. There was a series of enemy attacks on other frontlines as well – close to Dokuchayevsk, in Starohnativka, in the vicinity of Mariupol,” detailed Col. Motuzyanyk. 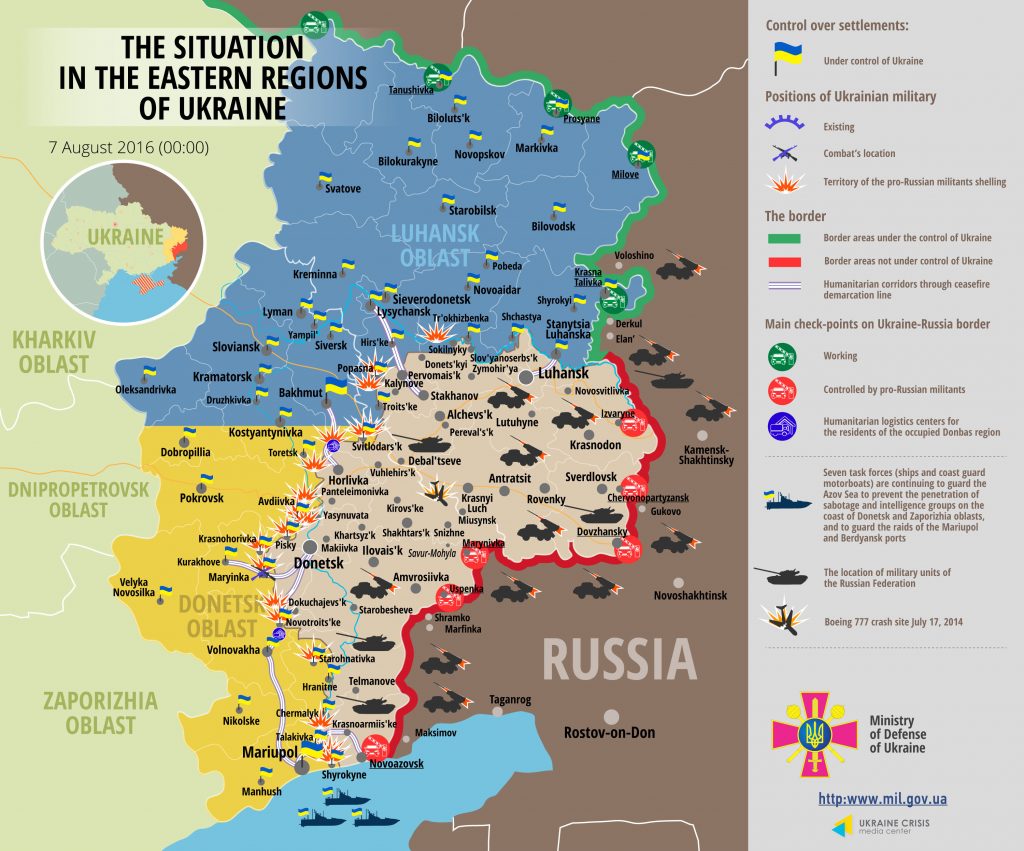 In Donetsk sector there were 2 flights of militants’unmanned aerial vehicles yesterday, one more – inLuhansk sector near Shchastia. Over the last day three Ukrainian servicemen were killed in action and fourwere injured.

According to Col. Motuzyanyk, another militant took advantage of the SBU program “You are waited for at home.” “It was established that in April 2015 the man had been released from Bryansk penitentiary, located in the occupied territory. Militants forced him to jointhe ranks of illegal armed groups. The man had performed militants’ assignments and guarded thecheckpoint for four months. Later, he managed to escape,” said Col. Motuzyanyk.

Colonel Motuzyanyk congratulated military pilots, antiaircrafters and radio technicians on the Day of Air Forces of Ukraine. “Two Air Forces officers wereposthumously awarded the title of the Hero of Ukrainefor their courage and heroism during the ATOoperation – Lieutenant Colonel Dmytro Mayboroda and Colonel Kostyantyn Mohylko. We bow our heads before the victims and congratulate the military living servicemen of the Air Forces – the current servicemen and veterans,” concluded Col. Motuzyanyk.