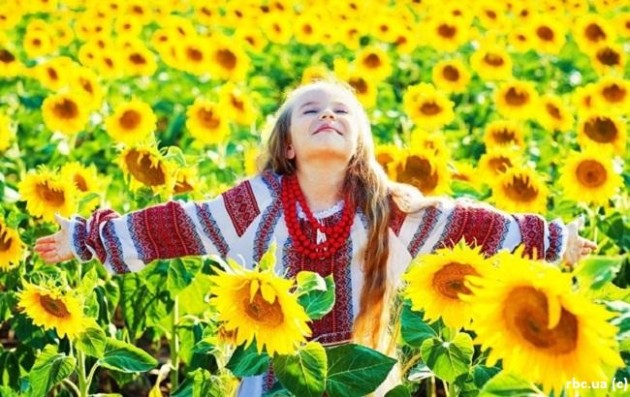 Today, on August 24, 2016 Ukraine celebrates its 25th anniversary of independece. On this occasion Ukraine Crisis Media Center prepared 25 surprising facts about the country, its geopgrahy, people, culture and history. 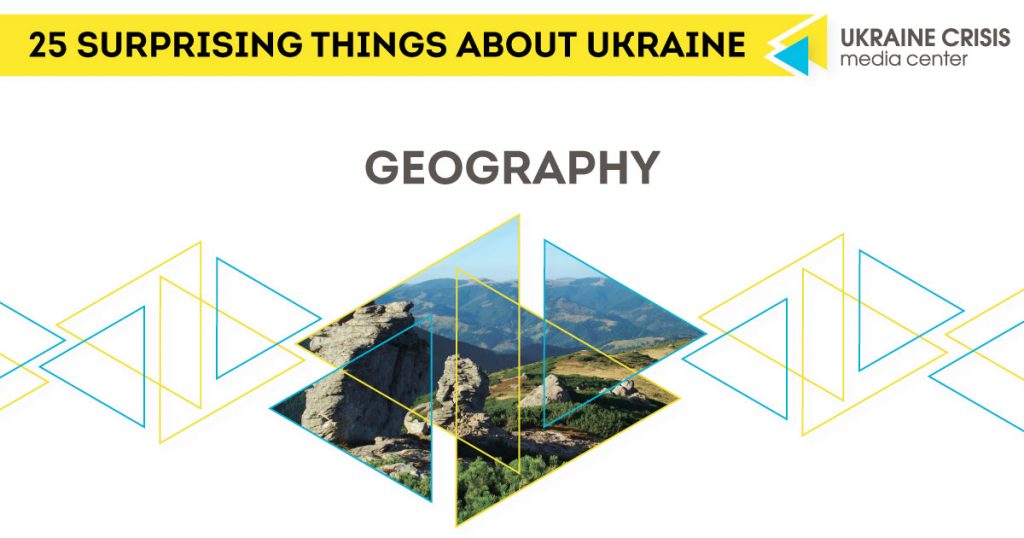 Fact 2. The city of Druzhkivka in Donetsk Oblast is one of the few places in the world where fossilized trees are preserved. The trees are close to 250 million years old and create an entire fossilized forest that covers the area of 1 hectare.

Fact 3. Oleshkivski sands in the Kherson region (south) are often called the Ukrainian “Sahara”. The Ukrainian desert covers a span of 160.000 hectares, making it the largest desert in Europe that is visible from space.

Fact 4. A medieval cave fortress from the 5-6 century is located in Crimea. It was built on the border of the Byzantine Empire. The fortress was carved into the rock.

Fact 5. British scientists found the only underwater river in the world in the Black Sea. The length of the river is 37 nautical miles, width – over half a mile, flow rate – 4 miles per hour. The river transfers increadible amounts of water – 22 000 m3 per second. The water in this river has high salt concentration. 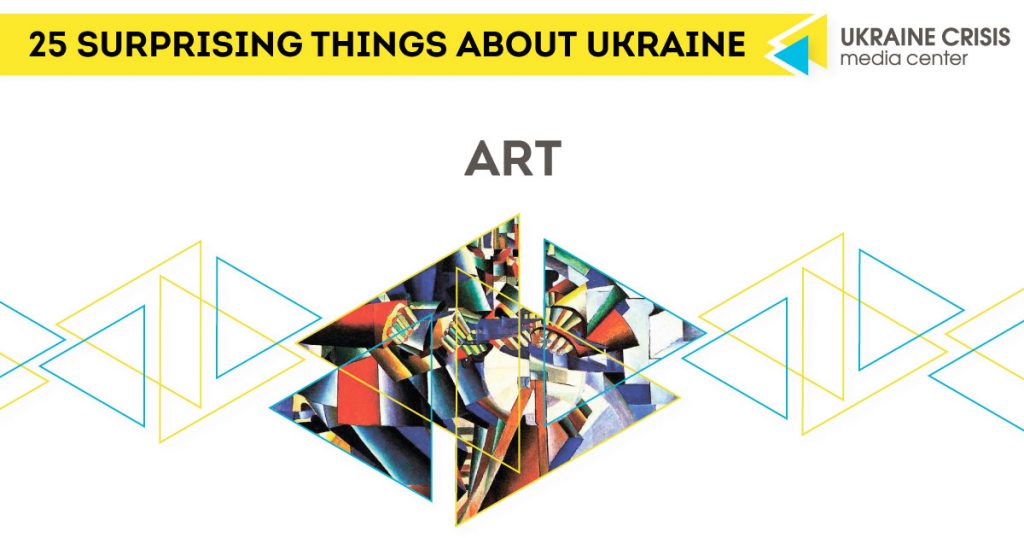 Fact 6. Kazimir Malevich was a Ukrainian-Polish abstract artist. Malevich was born in Kyiv, but he lived and worked in various villages around Ukraine. Malevich opened the world to non-figurative painting through creation of his own style of art: Suprematism. His painting, “Black Square,” is one of the most recognizable paintings of the 20th century.

Fact 7. Ukrainian musical instruments, such as the ‘kobza’, ‘bandura’ and ‘trembita’ have a long history and are not just traditional musical groups. Some contemporary Ukrainian bands, such as ONUKA, use these instruments alongside electronic instruments.

Fact 8. Movie “Shadows of forgotten ancestors” directed by Sergiy Paradzhanov in 1964 is based on a novel of Ukrainian writer Mykhailo Kotsyubynskyi. The movie shows daily life of Hutusuls, an enthno-cultural group of Ukrainians who inhabited the Carpathian Mountains. “Shodows of forgotten ancestors” received over a dozen of prizes at various international movie festivals. It was premiered in Kyiv in 1965 and caused a wave of arrests among Ukrainian intelligentsia. 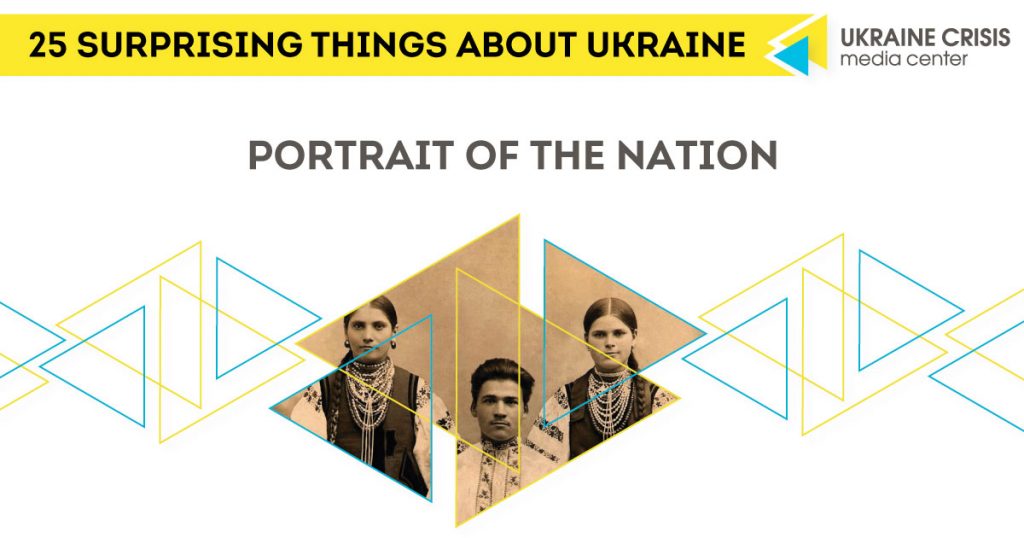 Fact 9. At present, “European” as an adjective in Ukraine often means “clean, polite, honest or new”

Fact 10. 99.8% of adult population of Ukraine can read and write as of 2015. Therefore, Ukraine is ranked third in the world rankings of education amongst all countries.

Fact 12. The influences of Ukrainian women are underestimated. Ukrainian females participate in all possible spheres: from activism and volunteering to working in the Parliament, where they are just as active as their male colleagues. Also, they are often named some of the most beautiful women in the world.

Fact 13. Ukraine is very religiously diverse. As of today there are almost 100 religious denominations. Majority of the believers are Orthodox (70%), Greek-Catholic (7%), Protestant (2.2%), Roman Catholics, Muslims, Jews (1%). 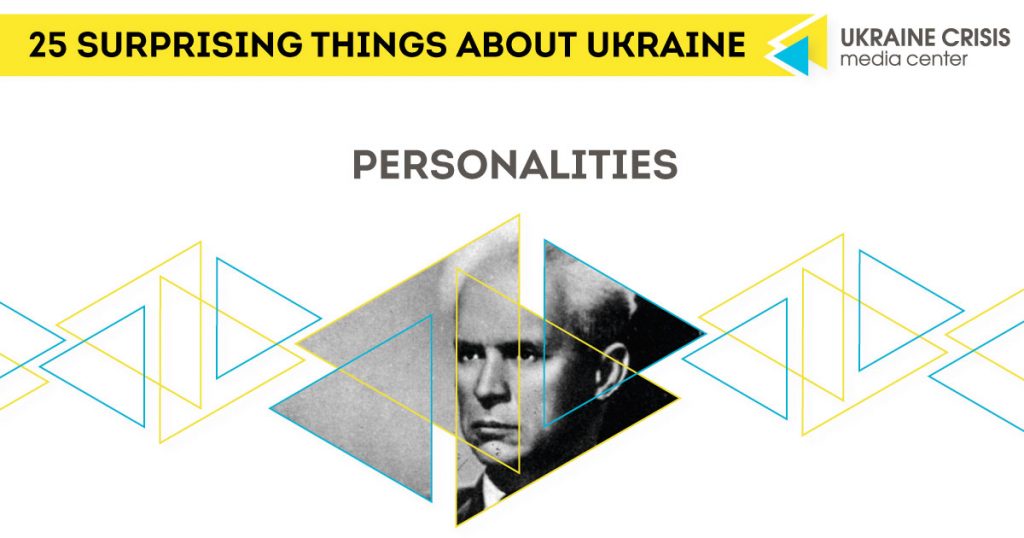 Fact 14. Sergei Bubka is listed in the Guinness Book of World Records for the largest number of records in athletics (35 world record holder).

Fact 15. Oleksandr Dovzhenko is a Ukrainian who is known in the world of cinema thanks to his innovative and poetic approaches to his films “Earth”, “Zhengor”, and “Arsenal” that were released in 1930 and screen in that year in New York. His films received high marks from critics from different countries. However, in Ukraine, Dovzhenko suffered from oppression of Soviet Power.

Fact 16. Maria Prymachenko is a self taught artist. Her naïve art influenced Spanish painter Pablo Picasso. Original art style, colors and plots of her artworks encompass fantastic creatures and flowers and remind of the traditional painting.

Fact 18. Anna Yaroslavna (also known as Anne of Kyiv) was the daughter of the Kyiv Rus prince Yaroslav, the Queen of France through marriage to French King Henry I Capet, and the mother of future King Philip I. During her time as Queen (1051 – 1060), she was able to take part in public affairs decision in France since she obtained and education and was literate.

Fact 19. Ukrainian “Jean-Claude Van Damme”, Ievgen Kalinin stayed in a split for 1.5 minute with both of his feet touching two cars moving at a speed of 20 km/h

Fact 20. Scientist Borys Paton made a revolutionary discovery in electric welding. Notably, his father Evgeny also succeeded in this sphere. Kyiv names one of its river bridges after Borys Paton. 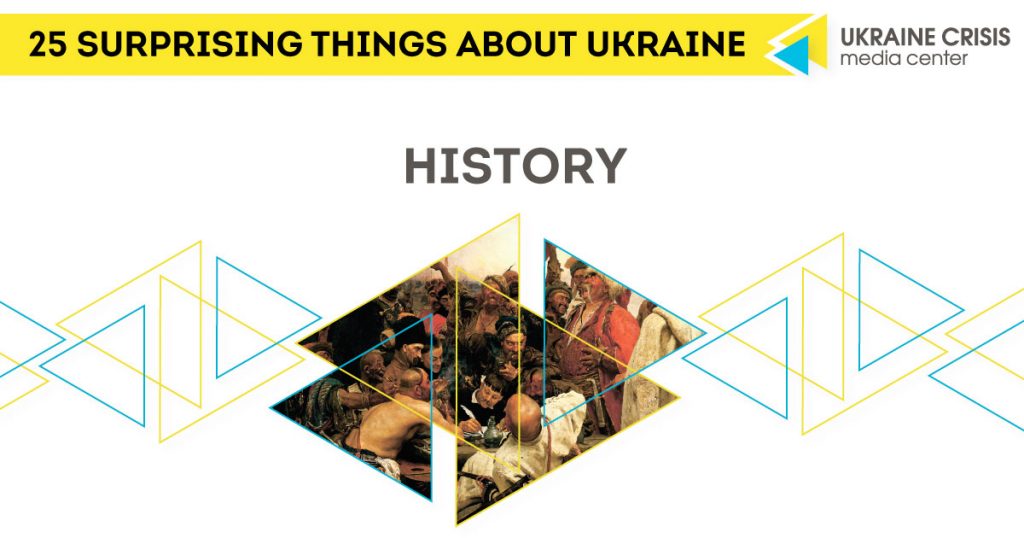 Fact 21.The constitution written by Pylyp Orlyk in 1710 was one of the first documents of the kind in Europe. The French constitution was written in 1791, the American constitution in 1787. Pylyp Orlyk was a Ukrainian political and military figure. Some experts argue that the ideas of separation of power between executive, judicial, and legislative branches came from Orlyk himself.

Fact 22. Investments from Belgium, Germany, Great Britain, Switzerland, and America at the turn of the 19th century helped lay the foundation for the industrialization of central and eastern regions of Ukraine. Foreign companies founded dozens of mining and metallurgical industries, exporting, provided experience with exporting goods, technology, and provided infrastructure to the region.

Fact 23. The Ukrainian aircraft An-225 “Mriya” is the largest and most powerful aircraft in the world. Its maximal curb weight is 640 tons. Try to build something of that size.

Fact 24. Kyiv metro station “Zoloti Vorota” is decorated with mosaics in Kyiv Rus style. The mosaics depict Kings of Kyiv and ancient cathedrals. In 2011 this station received a status of “architecture monument” and the same year BostonAll named it as one of 15 most beautiful metro stations in the world. In 2013, The Daily Telegraph names Zoloti Vorota as one of the 22 most beautiful in Europe.

Fact 25. 3 revolutions in Ukraine since 1990.
The first one was Revolution on the Granite in October 1990. University students from all over the country organised themselves and went out to the main square of Kyiv. The announced a hunger strike and their demands: not signing new agreement about the Union; parliamentary re-elections allowing many parties to participate; resignation of the Chairman of the Council of Ministers of Ukrainian Soviet Republic, Vitaliy Masol, and return Ukrainian military to the territory of the republic and ensure they serve locally; nationalization of the property of the Communist party. Peaceful protests lasted 16 days and as a result the parliament satisfied all the claims of protestors. This revolution was a first step of Ukraine gaining its independence.

The second was the Orange revolution in 2004. Protests sprung up as a result of falsified results at the presidential elections. The West and Center of Ukraine supported one candidate – Viktor Yushchenko, the East and South – another one – Viktor Yanukovych. The result of mass demonstrations were: 1) presidential re-elections and 2) constitutional reform that decreased the power of president.

The third revolution was the Revolution of Dignity or Euromaidan in 2013 – 2014. Reasons for revolution were: 1) refusal of the country’s leadership to sign Association Agreement with the EU and 2) overconcentration of power in the hands of President Viktor Yanukovych and his allies. On November 21, 2013 a group of Ukrainians went out to the center of Kyiv. Over the course of a couple of months the protesters made a campground, there were a number of hard clashes with the police. The most sever of them resulted in shooting the peaceful protesters in February 2014. The results of the revolution were: Ukraine getting out of the Russia’s influence in economic and political spheres and relatively cultural sphere; re-elections of president and parliament, signing the Association Agreement with the EU; large-scale but slow reforms.