Several dozens of new murals emerged in Ukraine and particularly in Kyiv over the last two years. Most of them were created in an organized way, as part of projects either founded by artistic groups, like ArtUnitedUs, or by privately-owned artistic foundations, like Mural Social Club. Many new Kyiv murals were created by the invited international street artists. Subjects of these street art pieces have often been the themes topical for Ukraine, for example the struggle against the evil in the mural portraying Saint George winning over a snake; their characters have often been the people significant for the country – for example, the fallen Euromaidan activist Serhiy Nigoyan. In the beginning the murals were mostly well-perceived. Lately public discussion has been on as to their artistic value, correspondence to aesthetic tastes of local residents and to best practices of urban planning of a contemporary city. 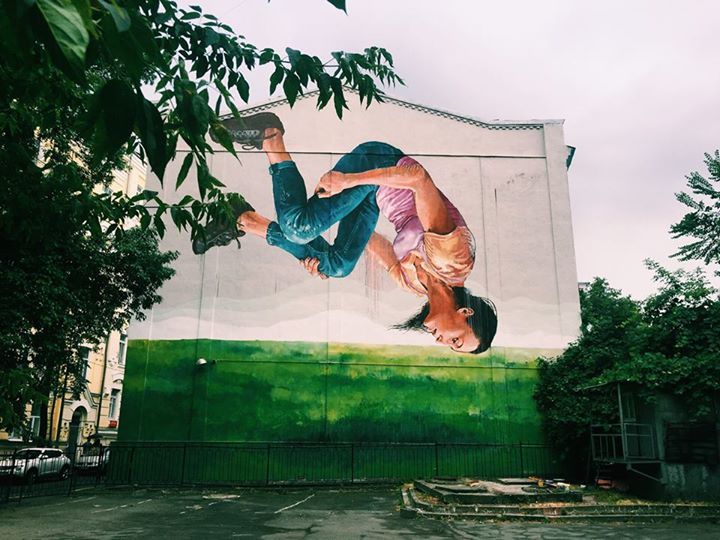 Kyiv, August 19, 2016. Murals in the city need to be considered from two standpoints: artistic one and as objects that make part of the public space. The idea was voiced by Yevhenia Molyar, art expert during the roundtable discussion at Ukraine Crisis Media Center.

Andriy Zoin, organizer of “Respublica” festival spoke about the experience of the city of Kamyanets-Podilsky. With the murals created the project ideators have expanded the tourist route further beyond the gates of the Kamyanets-Podilsky fortress that the city is known for. “We have organized a new weekend tour across the city’s distant neighborhoods,” said Zoin. Over 50 murals have been recently created in the city with no major sponsor support.

According to Yanina Gavrylova and Natalia Pyrohova of the NGO “National association of tourist guides”, Kyiv murals are creating pretexts for new tourist routes. The guides were trained to make tours along the sites with high concentration of murals.

Artistic value and coherence with the cityscape

Not all the murals are liked by the residents and get expert appraisal. It happens due to their artistic value, taste of the community and consistency with the cityscape. “Many murals lack taste and skillfulness,” expressed her viewpoint Lizaveta Herman, art expert and independent curator. One may often observe inconsistency between the mural and the architecture around it. 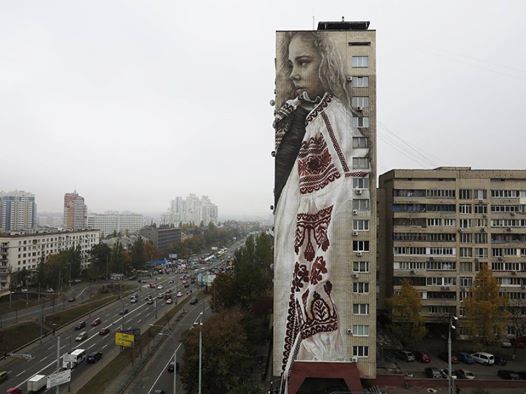 Attempt to brighten up city suburbs

Lev Shevchenko, architectural researcher and journalist focused his attention on the growing number of murals in the “gray” suburbs of Kyiv. “In the end of the 70s – in the beginning of the 90s construction was quite well thought,” he noted. A new bright mural may come as dissonant with the already existing architecture of the district. In such a way creation of another mural is presented as fixing the city’s problems. Architect Oleksandr Burlaka in his turn noted that “within the architect community the non-acceptance of murals is probably the highest”, while painting on the houses constructed in the 60s and 70s neglects their aesthetic value.

Tools to consider the opinion of local community

Oleksandr Nikityuk, head of the NGO “Laboratory of topical creativity”, curator of the mural project “Vin Art City”, spoke about Vinnytsia’s experience as to the introduction of murals into the cityscape. According to Nikityuk, suggestions as to the potential projects are placed on the web site of the City Council, so that each resident can express his or her opinion by casting a vote. Expert council is also involved in the process, it includes artists, architects and urbanists who are in possession of respective knowledge and experience in resolving the issues that are of importance to the public space.

Wrapping up the discussion the experts concluded that murals need to be introduced to Ukraine’s cities in a well-thought way, agreed between the authorities, artists and experts.