Photo: from the archive of the “honorary consul of ‘DPR'” published by Yevropyska Pravda

On Thursday, September 1, representatives of the so-called “DPR” (self-proclaimed Donetsk People’s Republic), which controls part of Donetsk region, are going to announce the opening of “Representation Centre of the DPR” in the Czech Republic. Donetsk calls this center the first official foreign representation.

Who founded this center and which Czech diplomats are involved in this? Will the DPR succeed in launching this “diplomatic” activity in a member state of the EU and what will the consequences be? Journalists of the “Yevropeyska Pravda” (European Truth) tried to find the answers.

UCMC publishes a short version of the investigation.

The name of the separatists’ “representative” is not specified but there are her photos. This is Nela Liskova, a citizen of the Czech Republic, a resident of Ostrava.

On the internet you can easily find her photos in Donetsk and the surrounding area as well as meeting with the leaders of separatists. Nela confirmed on her Facebook page and on the page  of the Czech organization “People’s Militia”: she will be introduced as a consul on Thursday.

“Ms. Liskova is a board member of the “Czech national militia “- an extremist paramilitary group associated with the rightist radical party “National Democracy” which has a clear relationship with Russia,” explains Jakub Janda. A recent report of the Czech Interior Ministry  confirms that even the government officials call this group extremist.

“The group consists of several hundred people throughout the Czech Republic, varying in degrees of adequacy. A classic mix of conspiracy, anti-Americanism and pro-Russianness that follows this. They appeared on anti-Islamic wave and began to form their branches throughout the Czech Republic. But our newspaper made an investigation a short time ago and found that, in fact, only several hundred people gather once a month,” says Ondra Suokop, Czech journalist.

Reaction of the Foreign Ministry of the Czech Republic

On Monday, August 29, the Czech Foreign Ministry published an official statement which categorically denied the information about a “consul” and any other form of “the DPR diplomatic representation”.

But we should not hope that nothing will happen on September 1. Supporters of Donetsk separatists will really hold a presentation in Ostrava on this day. And the center, which they will present, has already been registered.

The website of the Ministry of Justice provides information about an organization called “ Zastupitelské centrum DPR” translated as “representative center of the DPR”. It was registered in June this year, the statutory objective – “the development of cooperation of the Czech Republic and the DPR in terms of economy, trade and culture”.

The fake “honorary consulate” has three founders. They are the already mentioned Nela Liskova and two other persons: Vadim Hrubesh and Petr Viktorin. All the founders are citizens of the Czech Republic. 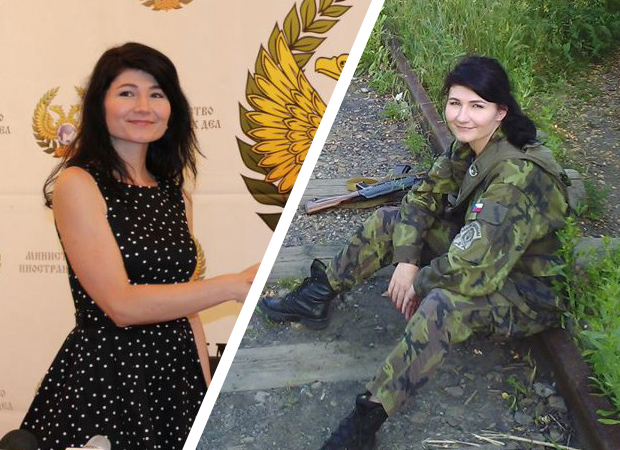 The center address is specified in statute documents  and in the public register of the Czech Ministry of Justice.

It is here, in the outskirts of Ostrava, in a shabby building with painted walls, where the organization that aims to “represent the interests of the DPR” is registered.

But, of course, it is not this building that will be shown to journalists on Thursday. The presentation of the “Center” will be held in the city center, in the Mercure hotel.

The event of September 1 can appear to be much more meaningful than just a gathering of some marginal persons.

The event organizers did a good job to invite as much members of the political elite as possible.

Even those who will never support the play performed by supporters of separatists have been invited. Among them, for example is Marek Zhenishek, the Czech parliament member, one of the close associates of Karl Schwarzenberg.

There are many pro-Russian politicians in the Czech political elite, including President Milos Zeman, and the Communist faction is the third largest in the Chamber of Deputies of the Czech Parliament. That is why there is a high probability that the presentation of the “DPR Consulate” will be held in the presence of the national level politicians.

And most importantly, “representatives of the DPR authorities” will participate in the events of September 1. At least, this is stated in the invitations received by members of parliament. Who exactly will represent separatists during this presentation remains unknown.

Currently, there is no certainty that the official Prague will avert the participation of this person in the presentation. Moreover, we do not know for a certainty whether the Czech authorities intend to detain this person, even if they find him.

“If he does not violate the law, the Czech authorities can do nothing. Thus, if a perpetrator attends this event, they can arrest and extradite him to Ukraine, but in general, a “consulate” is a legitimate public formation,” said Jakub Janda, Deputy Director of the analytical center “European values.”

“The Czech Republic can only deny the event participants visas or detain those who put on the wanted list. But, if some Horlivka’s poet comes, who will tell stories about the “horrible Kyiv junta,” – she has the right to do this,” agrees Czech journalist Ondra Soukup.

This incident shows that the “DPR” easily uses the openness of European democracies to create fake diplomatic representations in the EU. Under conditions of hybrid warfare aimed at the division of Europe, the foundation of public unions that position themselves as official structures would suffice for the pro-Russian political forces in Europe to support the establishment of such centers. Will such centers be founded in Paris, Berlin, Milan, Madrid? – It is only a matter of time.