The ceasefire was mostly holding in all the sectors. Nine provocations took place in the Mariupol sector and seven ones in the Luhansk sector, involving the use of small arms only. Meanwhile, military training for Ukrainian reservists takes place in September.

Kyiv,  September 4, 2016. The situation in the ATO zone has been stable since the agreement on ceasefire effective September 1 was made at the initiative of the President of Ukraine.”It’s the third day in a row that Ukrainian troops incurred no lethal casualties.  The number of militant ceasefire violations remains low. Not a single  incident that involved the use of heavy weapons was registered,” said Colonel Andriy Lysenko, spokesman of the Presidential Administration on ATO related issues at a press briefing at Ukraine Crisis Media Center. He added that one Ukrainian serviceman was wounded in action yesterday. 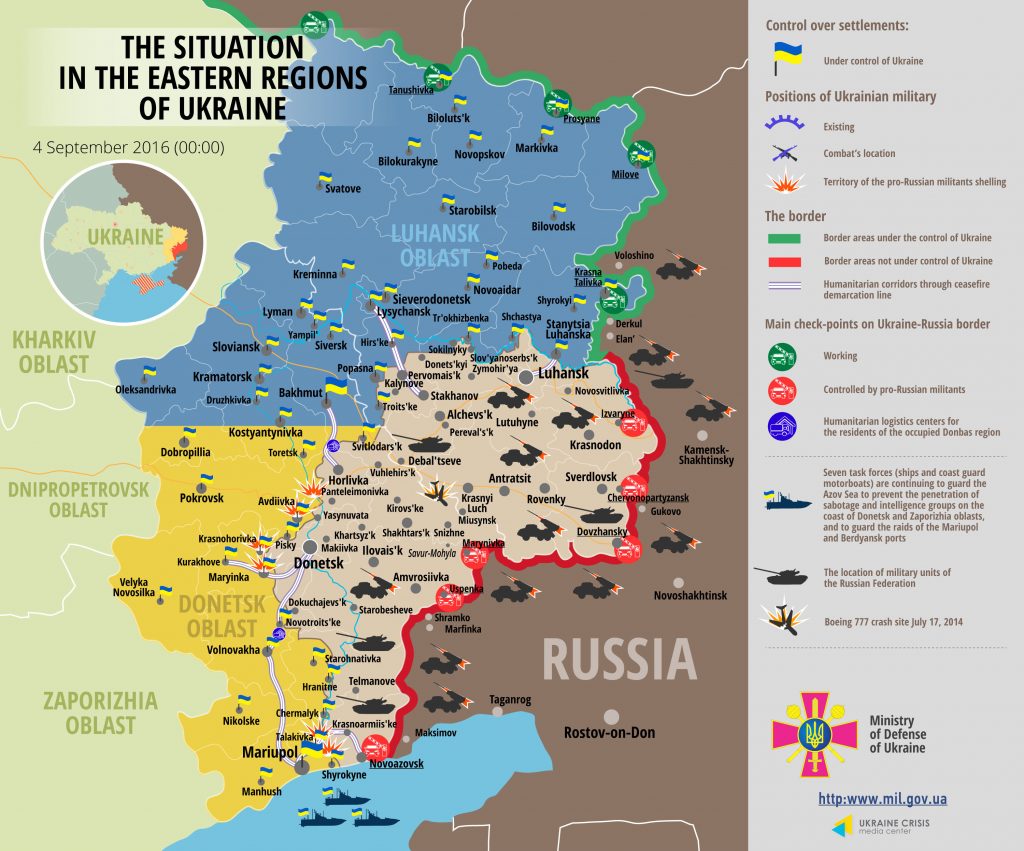 Russia – backed militant groups violated the armistice seven times near Avdiivka and Verkhniotoretske. “All the provocations involved the use of small arms, each of them lasted 5-15 minutes, ” informed the spokesman.  The armistice was holding in the Luhansk sector.

Col. Lysenko informed that military training for reservists will take place in September.  Over 8.000 troops will participate. “General Staff of the Armed Forces of Ukraine issued an order prohibiting engagement of reservists in fatigue duties and marching drills. This exercise is intended to increase the troops’ fighting efficiency,” said Col. Lysenko. The program includes staffing of units and drills at shooting ranges.

Col. Lysenko said that over 2300 cadets of military educational establishments took the oath yesterday. “The cadets come from all regions of the country, including Donetsk and Luhansk regions. This year is special, for more than two hundred cadets are soldiers who already fought for their Motherland at the frontline,” he said.