Militants resumed attacks using armor in all the sectors. Nevertheless, armistice held in some areas in the Donetsk sector. Large number of weapons found in Luhansk region.

Kyiv, September 8, 2016. Ukrainian Armed Forces incurred no casualties in combat yesterday. There were confirmed losses among militants – two militants from so-called 11th regiment who tripped their own anti-personnel mine, informed Colonel Oleksandr Motuzyanyk, spokesman of the Ministry of Defense of Ukraine on ATO related issues at a press briefing at Ukraine Crisis Media Center 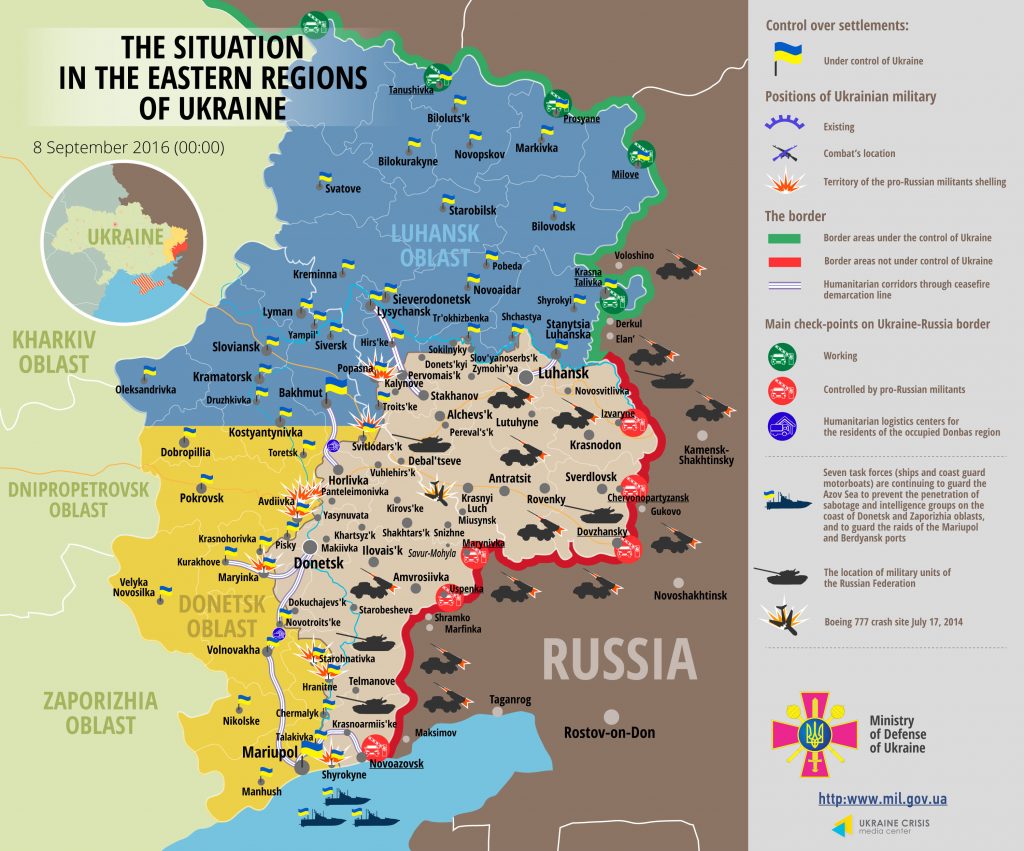 Two local inhabitants were wounded in the Donetsk sector as a result of militants’ attack at residential quarters of Verkhniotoretske. Both casualties were taken to hospital in grave condition. “Militants’ snipers were active in the frontline several hours before. Moreover, active combat took place in Avdiivka yesterday. Militants’ attacks continued 20 minutes and more, one of them involved use of mortar launchers. Moreover, the insurgents violated the ceasefire in Luhanske and Novoselivka Druha. The armistice held north of Horlivka and in the Donetsk airport yesterday,” added Col. Motuzyanyk. In total, nine militants’ attacks took place in the Donetsk sector yesterday, one shelling involved use of heavy armor.

In the Luhansk sector militants attacked three times in the Popasna district in the afternoon – between 5 and 11 p.m. “No heavy armor was used,” elaborated Col. Motuzyanyk.

Three flights of militants’ unmanned aerial vehicles were observed in the Luhansk and Mariupol sectors.