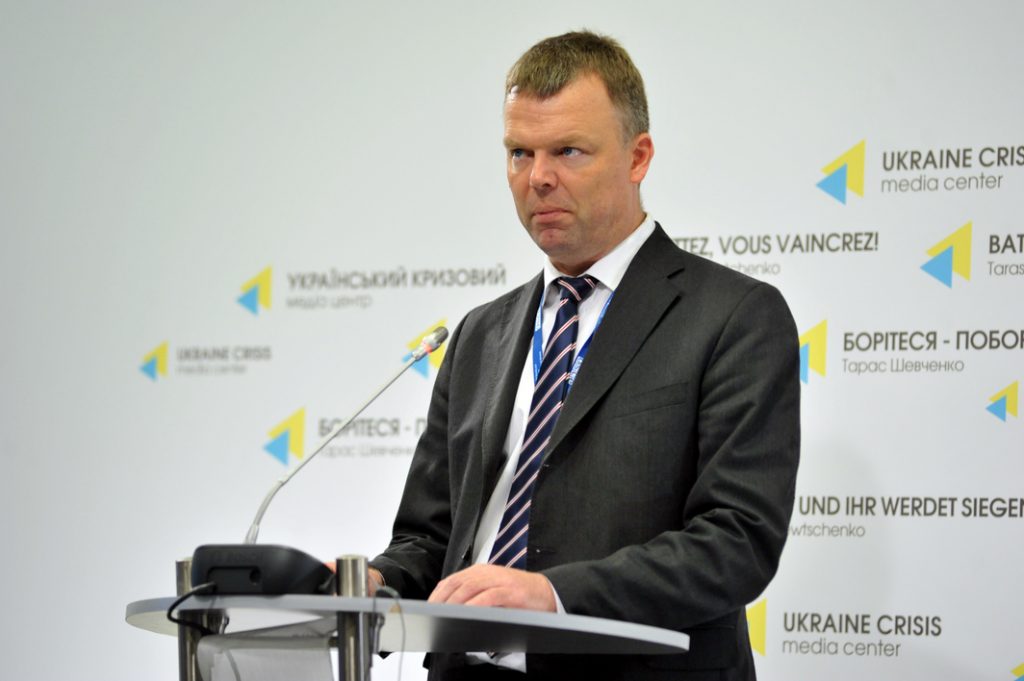 Even though it is rather calm since the start of academic year, the sides remain precariously close to each other and none of the risk factors are removed. The SMM calls for next steps to ensure full ceasefire.

Kyiv, September 8, 2016. For the first time since early May, relative calm prevails over most parts of Donetsk and Luhansk regions. On September 5th, for example, OSCE Special Monitoring Mission (SMM) recorded just five explosions in the entire Donetsk region. Similarly, it has been mostly calm in Luhansk region. No ceasefire violations were recorded on Saturday and just three single shots of small-arms fire on Sunday. That was stated by Alexander Hug, First Deputy Chief Monitor of the OSCE SMM to Ukraine at the briefing at Ukraine Crisis Media Center. “In the eight days prior to the start of the new school year, the SMM had been recoding hundreds, and even thousands, of ceasefire violations on a daily basis. Since then, the daily count in both regions has dropped off to a relative trickle,” he concluded.

Nevertheless, according to Mr Hug, a return to the high level of violence recorded at the end of August is possible. The only thing that stops it is an order to cease fire. None of the risk factors have been removed. “Weapons are still present in violation of withdrawal lines. Large areas remain mined and polluted with other remnants of war. The sides are positioned precariously close to one another.

The sides are still operating unmanned aerial vehicles (UAVs) – one UAV was spotted over Yasynuvata on 3 September, for example,” Mr Hug elaborated. He stated that the sides also continue to restrict SMM freedom of movement and place other impediments in its way. SMM auxiliary camera equipment, for example, was stolen or destroyed at the so-called “DPR” (“Donetsk People’s Republic”)-controlled Oktiabr mine on 3 September.

First Deputy Chief Monitor of the OSCE SMM urged the sides to take the next steps. “Full confidence and trust will only come if the sides withdraw all proscribed weapons from the security zone, and if they disengage their forces. The sides must provide the SMM with unfettered access. Access is essential in this context. If access is granted, the SMM can verify compliance. Verification can build trust,” he emphasized.