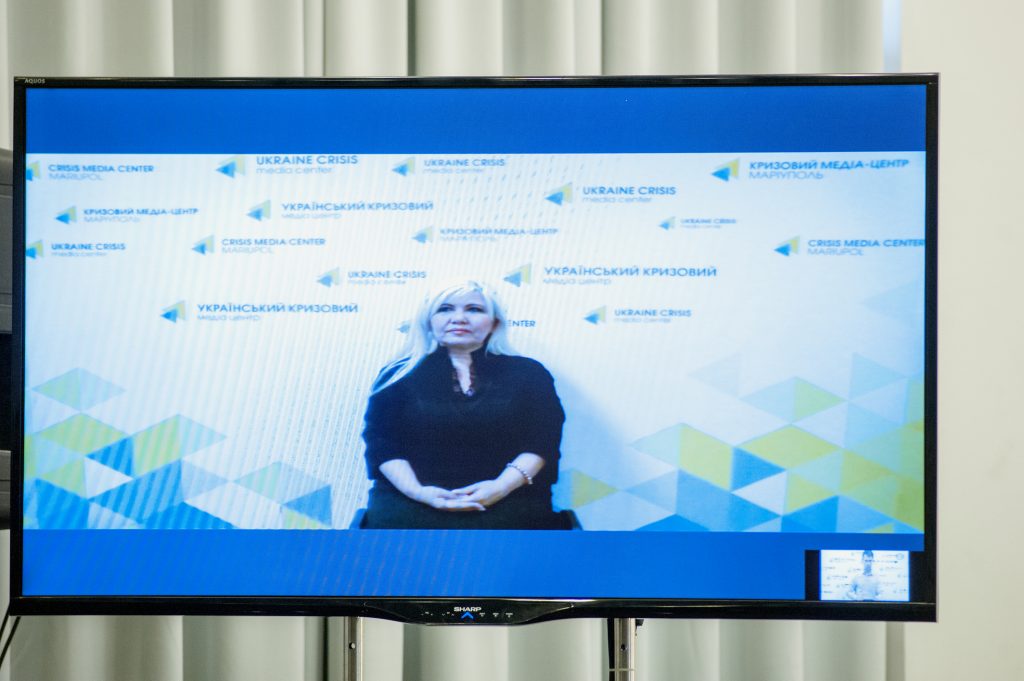 International film festival “KiTy” takes place in Mariupol (just 30 km away from the contact line) for the sixth time. Full-length films and shorts, feature, documental and animation films were in the competition program. Organizers note that this year the overall level of works that took part in the festival’s competition is much higher. Over the year between the festivals organizers arrange film screenings and a series of educational events for professionals and wide public, cooperate with international and Ukrainian film events.

Kyiv, September 20, 2016. Sixth international film festival “KiTy” took place in Mariupol on September 7-10. This year 220 applications from 13 countries have been submitted to the festival including the film produced in Syria, France, Taiwan, the U.S., Canada, Belarus and Russia. The works included full-length and short films (including documentaries, feature films and animation) by both professionals and amateurs. “This year films by non-professionals accounted for only one fourth of the applications received. Major part of the applications were films produced by professionals or by students studying cinematography. Festival’s level is increasing,” said Olha Novikova, representative of the CinemaHall organization in Mariupol, director of the “KiTy” international film festival speaking at a press-briefing at Ukraine Crisis Media Center (UCMC) within the framework of UCMC’s project “Spokesperson of peaceful life” implemented with the support of the Foreign Affairs Ministry of the Federal Republic of Germany. The festival was supported by several partners from private sector as well as by the Mariupol City Council and the Culture department within the Donetsk regional military-civil administration.

The festival jury consisted of Ukrainian industry professionals, they were judging the films online. “Forty works were shortlisted. Their quality was so good, that it was difficult to choose the best work. The jury made additional nominations in order to award all the best works,” noted Novikova. The winners also received small money prizes from the festival’s partners.

Novikova said that this year the number of documentaries decreased compared to the last year. Among them were “Ten Seconds” (Desyat sekund) by Yuliya Hontaruk and “Brother for the Brother” (Brat za brata) by Ruslan Hanushchak on Georgians fighting in the “Azov” regiment. Quite a number of comedy films and films for children were presented at the festival. As part of the festival’s non-competition program there were cinema screenings of films for children “Song of the Sea”, “Operation Arctic” and “We are the Best”.

Only sounds of explosions audible from nearby Shyrokyne reminded about the proximity of the war. This year according to Olha Novikova everything was quiet. 2014 was the toughest year for the festival, right after the Ilovaysk tragedy when the threat of the offensive on Mariupol seemed to be real. “We did not cancel the festival although the situation was scary. Firstly, we did not know if we would be able to hold it sometime after. Secondly, we had commitments towards a partner festival – an international film festival in Bulgaria to select Ukrainian films to be screened there,” recalls Novikova. “We were surprised to see 100 people at our night screening. And it was the night when the ceasefire came into effect. We had a feeling that the art had won.”

Olha Novikova added that in addition to festival activities the team is running a film club with discussions as well as a film and actors school over the year. “We are supporting young Mariupol filmmakers if they need our advice,” she noted.

“KiTy” is one of several festivals held in the city. “Children KinoFest” and “Unity and Tolerance” children film festivals are traditionally held in Mariupol, the festival has established cooperation with them. “They present wonderful films, selected at the best European film festivals. After the screenings we discuss with children the problems the films touch upon,” she said. Mariupol also hosts Ukrainian film festivals “Open Night” (Vidkryta Nich) and “From the country to Ukraine” (Z krayiny v Ukrainu). The festival also cooperates with “Zolote Kurcha” and “Festival of Festivals” festivals as well as with the Moscow festival of the art of protest “The muse of unbreakable” (Muza nepokornykh). Last year “Behind the curtain of war” film about a Donbas battalion volunteer by Mariupol filmmakers was presented there, this year it’s the “Call sign ‘Subversive’” film about the annexation of Crimea.