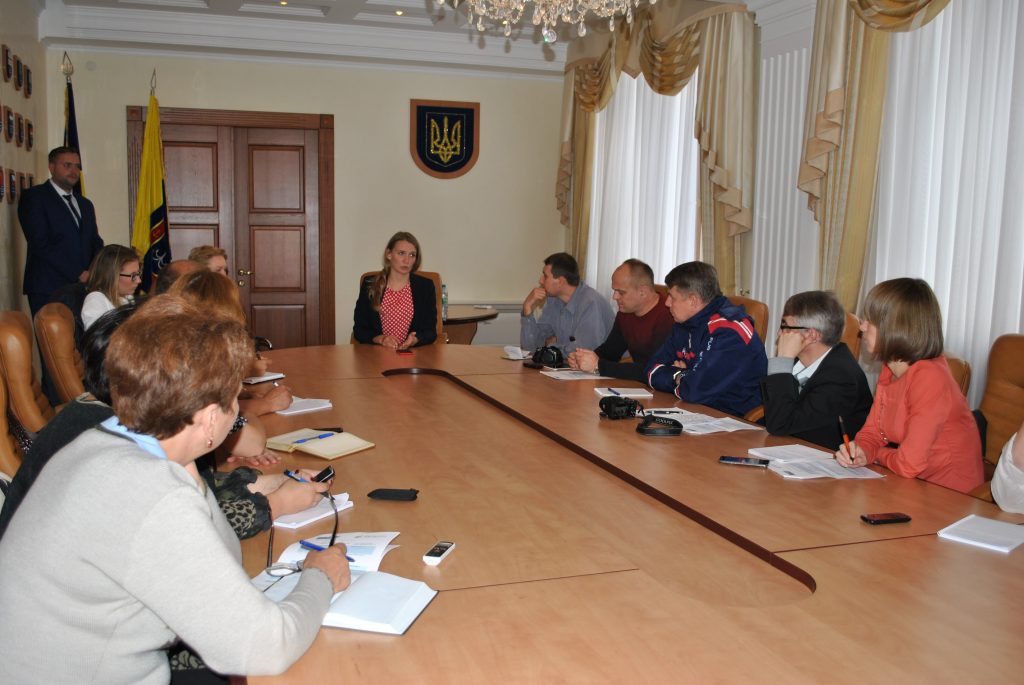 Ivan Liptuga, Head of Tourism and Resorts Department of the Ministry of Economic Development and Trade of Ukraine, shared secrets of creating city branding and increasing tourist attractiveness of the region. “To attract tourists to Mykolayiv region, it is necessary to create “a unique marketing product,” said Mr. Liptuga. According to the expert, individual branding will help identify cities for a future holiday. He stressed that the number of tourists may increase due to different mass festivals and attractive events in the region.

Impact Hub Odessa – association of likeminded people and center of social initiatives in the city center – turned out an unusual and interesting place for journalists. Among the hub’s activities are programs in education, social entrepreneurship, aid to immigrants, cultural activities, etc.

The participants of the press tour familiarized themselves with the work of the Odesa seaport. Viktor Tkachenko, Head of Customs Registration Department No. 3 c / p Odesa-Port, spoke in detail about the changes that had simplified the cargo execution procedure. The journalists also learned about the implementation plan of the pilot project “Open customs area”.

Solomiya Bobrovska, Deputy Head of Odesa Regional State Administration on Humanitarian Issues, who is currently the only deputy head, spoke about her plans and challenges. According to Ms. Bobrovska, one of the Odesa region achievements was a decision to hold an open competition for the post of heads of district administrations. “Later it turned out that 20-30% of appointments by results of the competition were wrong, but no one can avoid making mistakes. The main thing is that young, talented, motivated people focused on results came to power. People noticed that even the gait of Regional State Administrations heads had changed. It had been statelier. Now young leaders move quickly,” noted Ms. Bobrovska.

Decentralization reform is one of the topics that interests regional journalists most, so the participants had the opportunity to visit one of the eight united local communities in Odesa region – Bilyaivka and communicate with Arsen Zhumadilov, head of Bilyaivka Regional State Administration. Arsen Zhumadilov told the guests about the process of decentralization by the example of his district and wished that Bilyaivka experience became a worthy impetus for Mykolayiv region.

At a meeting with the Road Service in Odesa region press tour participants learned about financing and work in 2016, developments of operation activities and current minor repairs, etc.

“The press tour made a binary impression. Mykolayiv can definitely learn a lot from Odessa. But will the local government allow doing this? As it turned out, our cities have much in common in this respect,” journalist Igor Danilov shared his impressions in the newspaper “Vechirniy Mykolayiv”.

The press tour was the tenth event of the joint Ukrainian-Polish project aimed at strengthening the potential of local print media in Mykolayiv region. In Ukraine, the project is implemented by Ukraine Crisis Media Center (Kyiv) through the regional coordinator in Mykolayiv. In Poland, the project is carried out by the East European Democratic Center (Warsaw).