Kyiv, October 4, 2016. “Militants violated agreements on troops’ and equipment disengagement on the frontline,” informed Colonel Andriy Lysenko, spokesman of the Ministry of Defense of Ukraine on ATO related issues at a press briefing at Ukraine Crisis Media Center. Ukrainian troops occupying positions in the Mariupol sector were ready to fulfill their part of agreement, but militants refused to retreat. “OSCE Special Monitoring Mission (SMM) informs that occupants did not conduct mine clearing and are interfering with OSCE SMM efforts,” emphasized the spokesman. 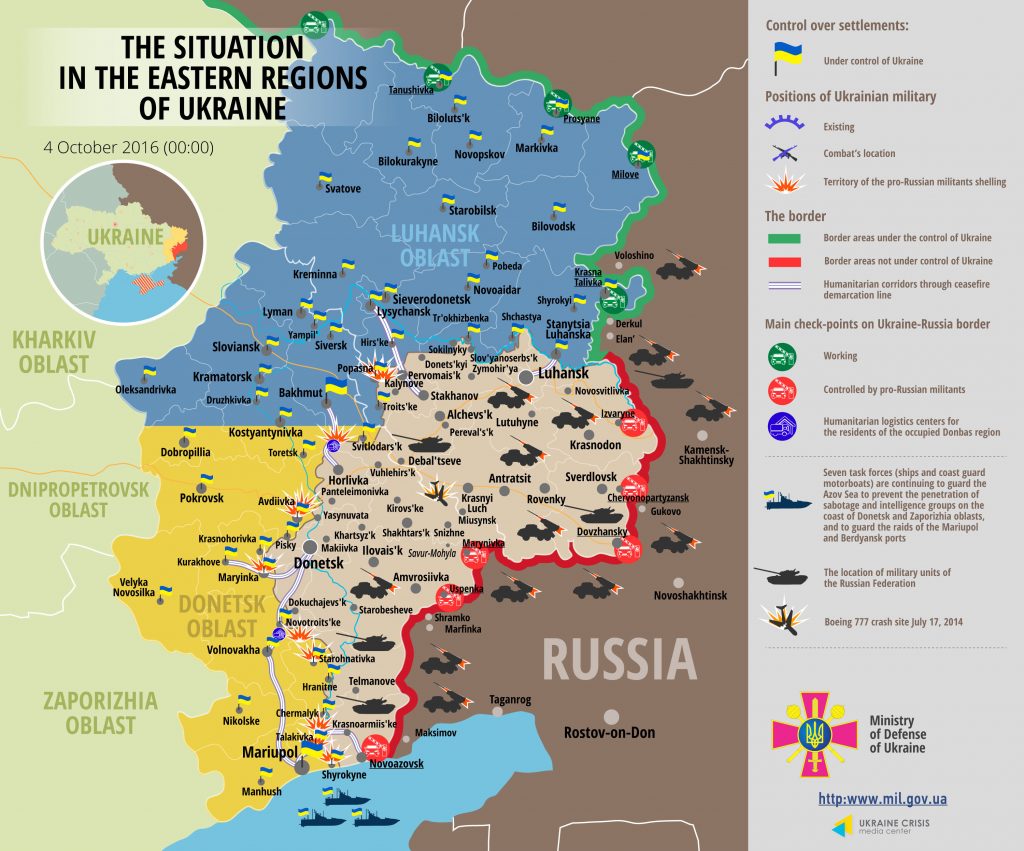 Ukrainian Armed Forces incurred no losses in combat; one serviceman was injured in militants’ shelling in Zaitseve. The armistice in the Luhansk sector was violated only in the Popasna district. “Occupants attacked six times form small weapons during the hours of darkness,” said Col. Lysenko.

In the Donetsk sector Russia-back militants opened fire at Ukrainian positions in Zaitseve, Kamianske and Avdiivka. “The area of hostilities slightly narrowed. Militants used only small weapons both at daytime and during the hours of darkness,” elaborated Col. Lysenko. In total, 10 militants’ attacks took place in the Donetsk sector yesterday.