Militants mortar launchers in the Luhansk sector and heavy armor in the Donetsk sector, same time carrying out reconnaissance.

In total, Russia-backed militants launched 82 mortar shells and 20 artillery missiles in the Luhansk sector. According to Col. Motuzyanyk, Russian proxies were shooting from mortar launchers and artillery. Militants’ sniper’s activity near Novooleksandrivka was observed three times, where militants were shooting from light weapons at first and started using 82-mm and 120-mm mortar launchers in the evening. “The enemy deployed heavy artillery at Ukrainian positions near Novozvanivka during the hours of darkness. Another armed provocation involving use of light weapons was registered near Krymske village. The armistice held in the vicinity of Stanytsia Luhanska,” said the spokesman. 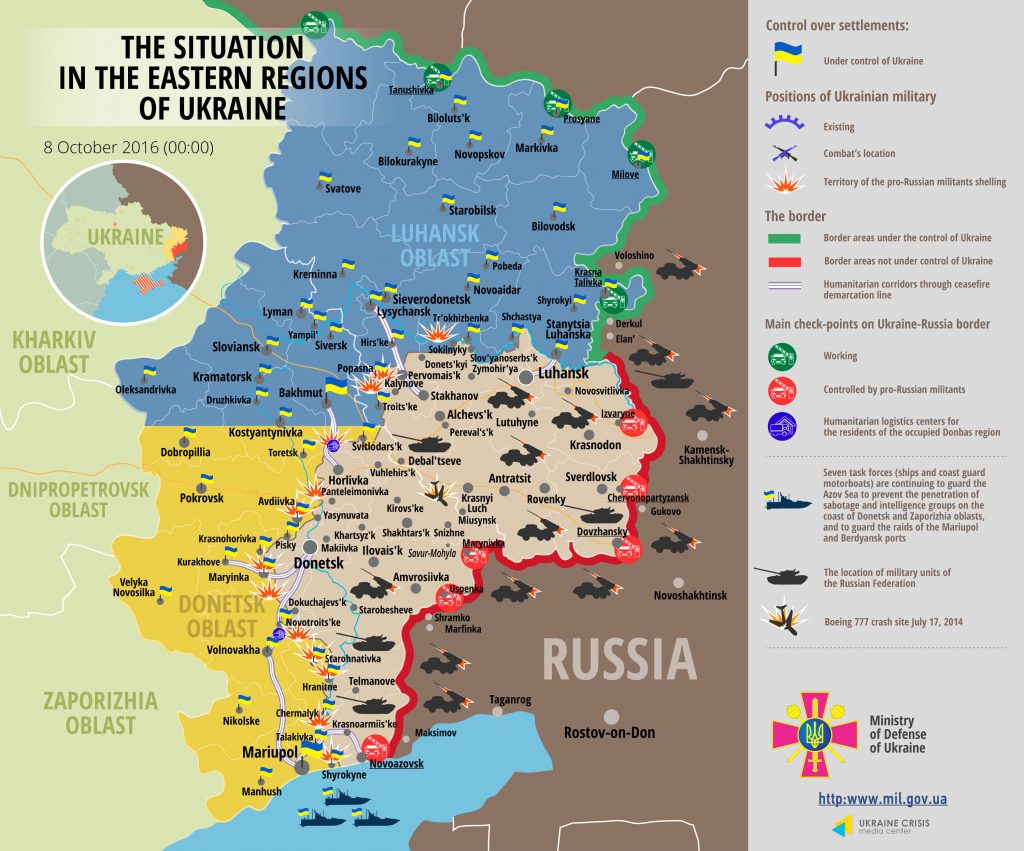 In the Donetsk sector Russia-backed militant groups opened fire near Avdiivka and in the Horlivka perimeter, namely near Zaitseve and Verkhniotoretske. Heavy armor was used only in the vicinity of Zaitseve where militants launched 20 mortar shells from an 82-mm mortar launcher. Almost half the attacks in the Mariupol sector took place at the ATO troops’ positions near Mariinka. Insurgents were shooting there from light weapons, armored personnel carriers and mortar launchers. “More hostile mortar launchers were observed near Novohnativka. In total, militants launched 10 mortar shells in this area. They used small weapons in other places – near Hranitne, Starohnativka, Taramchuk, Pavlopil and Shyrokyne,” elaborated Col. Motuzyanyk.

ATO troops registered two flights of militants’ unmanned aerial vehicles (UAVs) in the vicinity of Yasynuvata and Dokuchaevsk. According to the Chief Intelligence Directorate of the Ministry of Defense of Ukraine, three militants were injured in the past 24 hours.

Officers of the Security Service of Ukraine detained a 40 year old resident of Donetsk in Mezh district of Dnipropetrovsk region. The man was collecting intelligence information for militants. Moreover, Mariupol policemen prevented an attempt of sending ammunition to Kryvyi Rih yesterday. “A man was trying to send two RGD-5 grenades with fuses to the peaceful territory. Law enforcements confiscated the parcel and detained the sender in time”, summarized the spokesman.