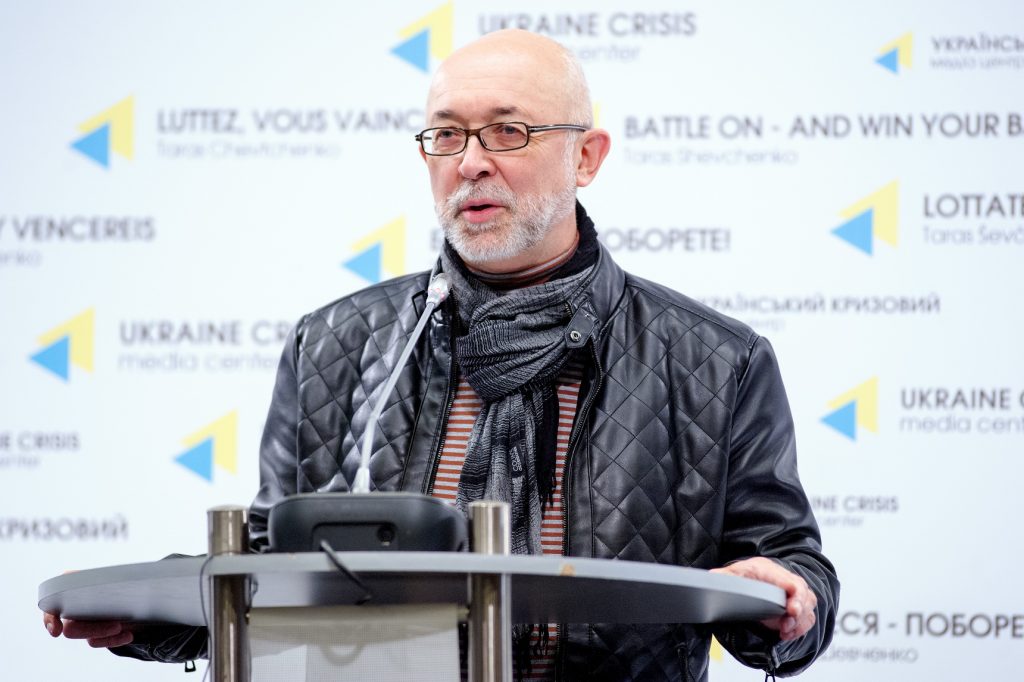 The official announced the program for the Defender of Ukraine Day and elaborated that it will include the church service, concert, poetry reading, photo exhibition and military equipment on display.

Kyiv, October 13, 2016. On October 14 Ukraine will mark the national holiday – the Defender of Ukraine Day. It coincides with the Day of the Saint Pokrova the Holy Mother of God considered to be the patron of Cossacks – one of the symbols of the Ukrainian statehood. It is exactly on this day that our ancestors commemorated all warriors and later the fighters for the country’s independence, said Serhiy Proskurnya, stage director of the official program of events on the Defender of Ukraine Day, speaking at the press-briefing at Ukraine Crisis Media Center. “The history behind the October 14 day has finally met the present and has become one of the most topical holidays in Ukrainian calendar,” he noted.

Proskurnya said that the memorable day will start with a prayer. “Prayers will take place at the frontline and in the military units. Officials will take part in the church service that will be held at the Sophia Kyivska Church in Kyiv. Leaders of all Ukraine’s confessions will serve a mass,” said the stage director. Then students of the Ivan Bohun Kyiv military lyceum will take their oath on Maidan square. Their parents have been invited. After the ceremony President Poroshenko will open the exhibition of military vehicles and weapons. The exhibition will be on for the three festive days. “Servicemen will be standing by each piece of military equipment and will be able to explain or comment on the equipment in service with the Ukrainian army. On October 15 the equipment will be transferred to the frontline,” noted Proskurnya.

At midday a holiday concert of military brass orchestras will start. Orchestra of the Ukrainian Armed Forces, Orchestra of the Honorary Guard of the President’s regiment, orchestras of military universities as well as the military orchestra 101 of the security brigade at the General Staff of the Ukrainian Armed Forces will participate. A concert of patriotic songs will follow. “We’ve designed the program in a way to unite songs, music and poetry. The concert will feature Ukrainian poets who often go to the east and meet the military in the hottest spots on the frontline,” Proskurnya noted. Military music bands, Ukrainian bards, poets and rock bands will perform including “Rutenia” band, Dmytro Lazutkin, “Sonyachna mashyna”, Eduard Drach, “Gulyay Gorod”, Artem Polezhaka, Dilya i Orest, Svitlana Povalyayeva, Telnyuk sisters.

According to Serhiy Proskurnya exhibition “Pokrova on the frontline” will be displayed as part of celebration of the Defender of Ukraine Day. The exhibition includes 53 photos of Ukrainian servicemen. They will be placed along Khreshatyk. Sizes of the photos are 6 per 8 meters, and 4 per 6 meters. “To make these pictures we traveled from the airport of Mariupol, Shyrokyne, Avdiivka, Nevelske, Pisky down to the control point ‘Donetsk airport’ as well as to other hot spots. The photos are extremely topical. These are our servicemen who are actually defending Ukraine’s sovereignty today. We have interviews by these heroic people accompanying each photo,” said Proskurnya.

Festive activities are financed by charity funds. “We have been practicing cooperation with patrons of arts and donors. They claimed eager to change the way official celebrations are held. We have been doing it over the last year,” the stage director added.

Authors of the project “Pokrova on the frontline” express sincere gratitude for assistance in organizing of the filming in ATO zone to:

– Oleksiy Paliyenko, chief of staff in the M sector

– Natalia Meshcheryakova, representative of the press-service of the 128th separate mountain-infantry brigade

– Oleksandr Lyubchenko of the 53rd brigade