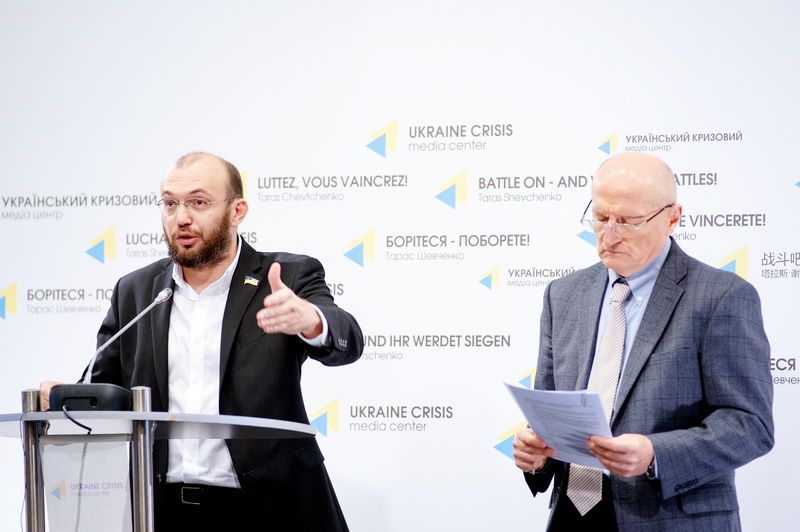 Reform of forestry managements sets of in Ukraine, the parliamentarians suggests eliminating a soviet heritage institution responsible for it as a first step in the reform.

Kyiv, October 13, 2016. The Working Group on the forestry reform in Ukraine has started its work. It aims at developing the relevant and effective forest strategy, as well as recommending elimination of the State Forestry Agency. This was informed by Ostap Yednak, MP of Ukraine, at a briefing at Ukraine Crisis Media Center. “People are outraged by pictures of bald Carpathians. We must understand that which their part can be exploited, in which manner and which part must be kept for the environment and cultural heritage,” stressed the MP.
According to him, elimination of the State Forestry Agency should become the next step. “This body is the successor to the Soviet way of inefficient management of forests. Now it also acts as a criminal group that is robbing Ukrainian forests and engaged in corruption deforestation. All its functions are focused on this,” he believes.
Ostap Yednak has proposed to separate the functions of managing forests into the following categories: the ministries of agriculture and environment should be responsible for forming the policy; the new forestry service created from scratch should be responsible for the policy implementation; the reformed supervisory state agencies at the Ministry of Environment and Forest should provide control; and forestry enterprises, as such, should be separated from political influence and combined into regional holdings. Mr. Yednak also proposes to make the timber trade transparent based on the online platform “Prozorro.”
Besides, the World Bank launches its project in Ukraine aiming at reforming the forest sector. According to Oleksiy Sleznak, coordinator of World Bank project PROFOR, its purpose is to inform the public and stimulate a broad public debate on the forest sector reform in Ukraine. “Project participants are planning to review the current state of the forest sector, to support its institutional reforming, to take part in the development of the relevant legislation, as well as in conducting the land reform and decentralization,” noted Mr. Sleznak. We should also ensure the effective management of forests by improving the regulations on felling, timber trade, reforestation and forest protection. The duration of the first phase of the project is from October 2016 to June 2017.