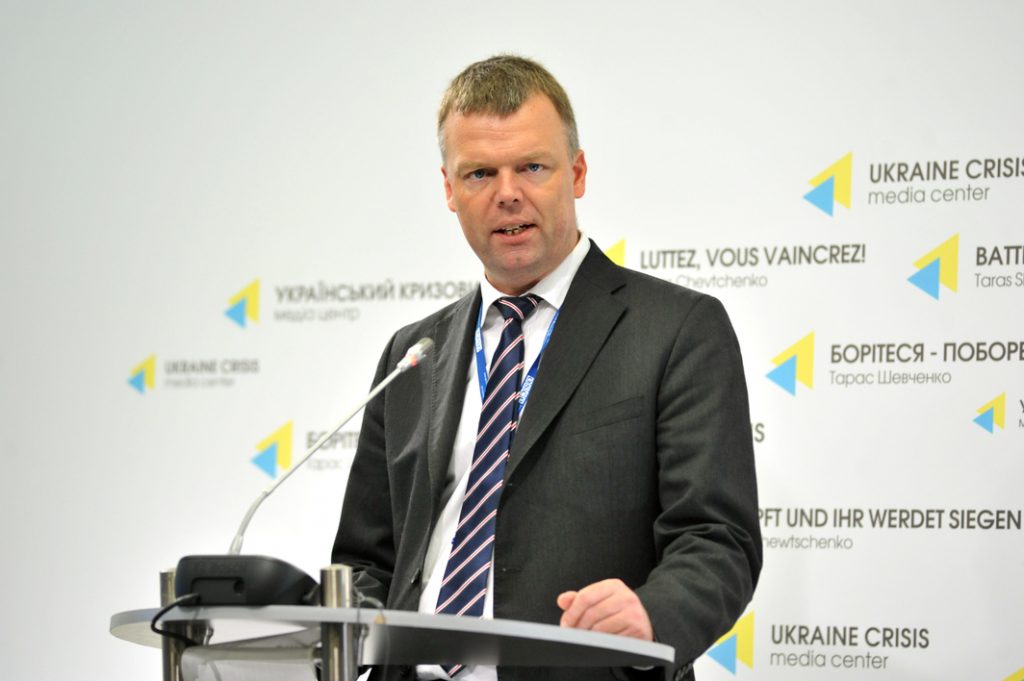 OSCE continues to regularly record ceasefire violations, in particular, a nine times increase in the number of violations in some areas which affects the disengagement process.

Kyiv, 21 October 2016. The OSCE Special Monitoring Mission (SMM OSCE) has no influence on the disengagement of forces which fails once again because of constant shelling. This was stated by Alexander Hug, First Deputy Chief Monitor of the OSCE Special Monitoring Mission in Ukraine at a briefing held at Ukraine Crisis Media Center. “Last week we recorded twice as many ceasefire violations along the contact line compared with the previous reporting period,” he said.

The Mission monitors recorded a nine times increase in the number of ceasefire violations in areas east and northeast of Mariupol. According to Alexander Hug, the SMM heard over 500 explosions in that area. “On the same day, our monitors in the “DPR”-controlled village of Zayichenko heard numerous explosions and fire from various weapons, including multiple rocket launchers,” reported Mr. Hug.

According to Alexander Hug, this day a month ago the parties to the conflict in Ukraine  signed the Framework Decision on Disengagement of Forces and Hardware in Eastern Ukraine. All previous agreements were implemented only partially. “Every day our teams on the ground try to monitor disengagement areas. We saw real efforts directed to disengaging forces. “We saw the military dismantling the position and equipment near Zolote and Pervomaske. […] The OSCE SMM was unable to verify that disengagement of forces of the parties took place,” he noted. This is due to the fact that the territories have not been cleared of mines. Last week, the OSCE SMM officers did not have access to three sites in 56 cases. The OSCE SMM officers are monitoring the situation on the boundary line at least 10 hours a day. At another time, often at nighttime, they can monitor the disengagement process remotely, using the available technical means.