Intensity of militants’ attacks from heavy armor in the Mariupol sector reduces, but militants’ snipers are active there; insurgents conduct reconnaissance in the Luhansk sector.

Kyiv, October 24, 2016. Militants conducted brief mortar attacks in the Luhansk sector in the ATO zone in Shchastia and Krymske yesterday. A series of provocations took place in Novooleksandrivka in Popasna district during the day. The armistice held in Stanytsia Luhanska and Bakhmut road yesterday. “There have not been any hostilities in Shchastia since summer,” said the spokesman of the Ministry of Defense of Ukraine on ATO related issues Colonel Andriy Lysenko at a press briefing at Ukraine Crisis Media Center. In total, nine militants’ attacks took place in the Luhansk sector in the past 24 hours, and three of them involved use of heavy armor. Moreover, reconnaissance flights of insurgents’ unmanned aerial vehicles took place there. 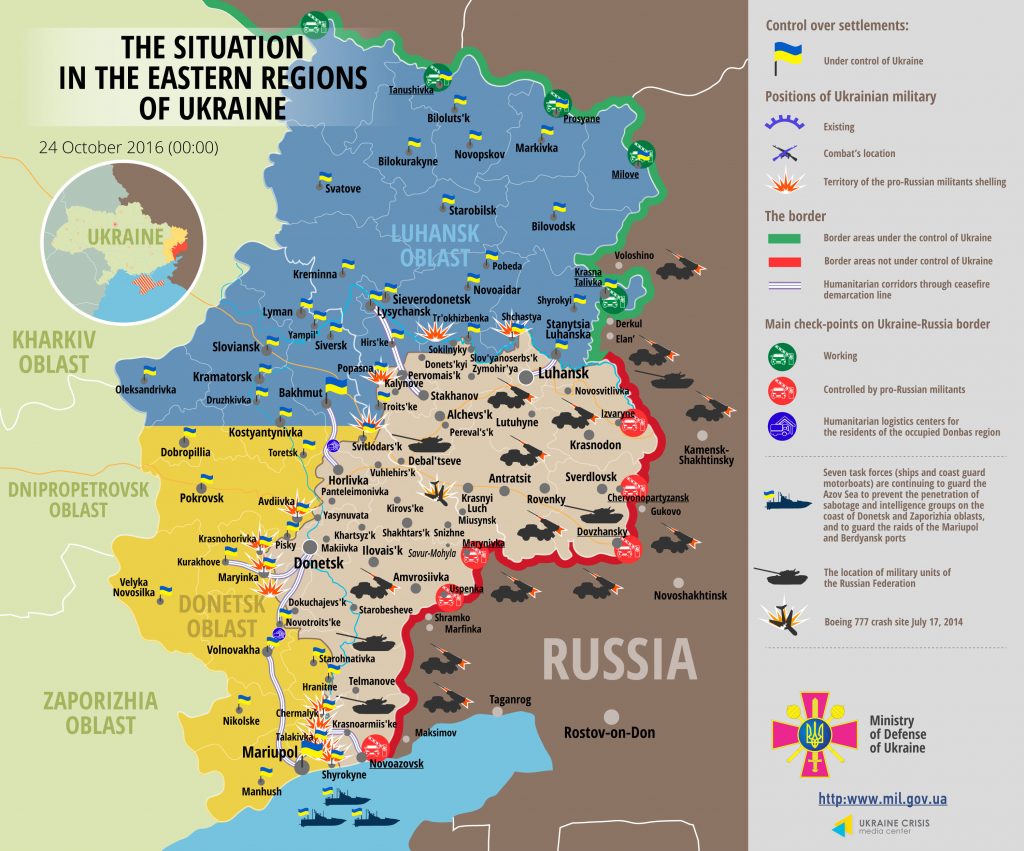 Intensity of Russian proxies’ attacks from heavy armor in the Mariupol sector continues reducing. “For instance, occupants launched about 20 mortar shells in the past 24 hours at our positions in Krasnohorivka and Pavlopil, which is several dozen times less than a week ago,” said the spokesman. At the same time, militants’ snipers are active in the south strongholds – in Vodiane and Shyrokyne. In total, militants conducted 20 attacks in the Mariupol sector, and four of them involved use of heavy armor. Ukrainian Armed Forces incurred no losses in combat yesterday, and seven troops were wounded. Militants’ confirmed losses amounted to six militants dead and six injured.