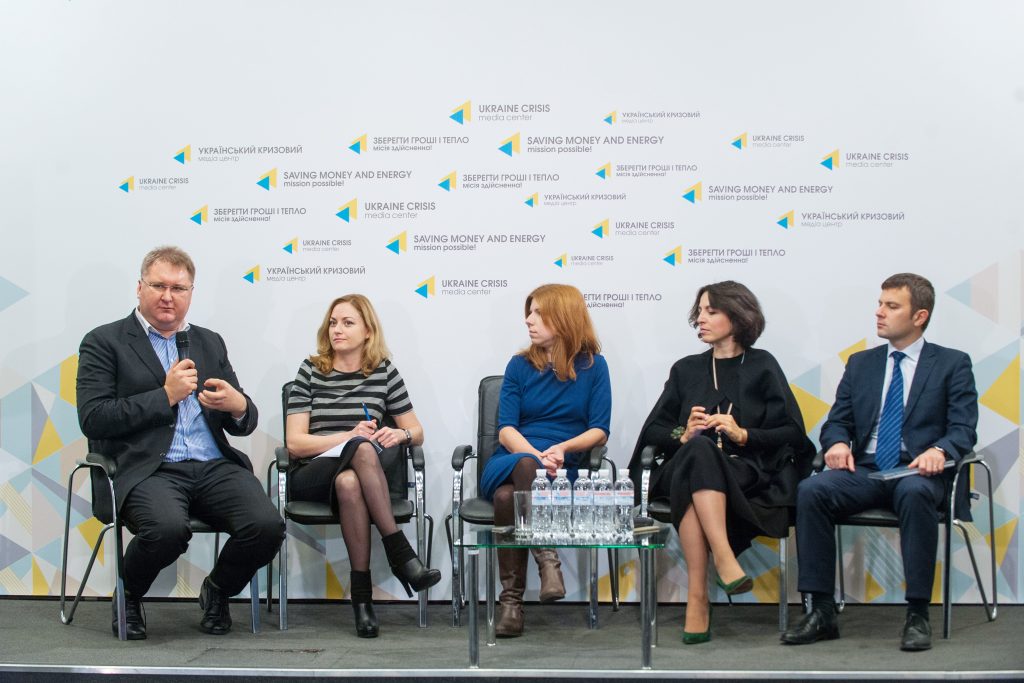 The National Bank of Ukraine has done more over the past two years than over 20 previous years. Today is imperfect, but much better than before. However, limitations of capital flows as well as currency and regulatory risks still create unfavorable conditions for developing business and foreign investment. This opinion was expressed by experts at a discussion held at Ukraine Crisis Media Center.

“The NBU team of reformers should continue their work. Smart, professional people understand why NBU introduced currency restrictions. Now they are gradually reduced and removed – now they are different from those which business has adapted to, and we understand that they will be removed one day. We met each quarter, and businesses could clearly see where the NBU was moving, where they aimed their policies,” believes Anna Derevianko, executive director, European Business Association. She mentioned the National Bank reform. “We can normally communicate with the new team. When a problem arises, we call and they understand why you come and try to solve it. The National Bank also cut staff – got rid of extrinsic services,” explained Ms. Derevianko. She also considers it positive that the banking system has cleaned from “junk” banks.

Maria Repko, deputy director of the Center for Economic Strategy, focused on the NBU decision to release the hryvnia exchange rate. “The current NBU staff made the hryvnia floating which is an extraordinary step. This is a very positive decision. This may ensure no accumulation of imbalances in the trade account, which are covered by foreign debt for which we pay high interest rates and drive ourselves deeper into crisis,” she explained.

Criticism of the National Bank

Kateryna Glazkova, executive director, Association of Ukrainian Entrepreneurs, expressed the less positive attitudes of Ukrainian businesses. “When the crisis began, such radical steps were necessary. But now there is not enough effort to say that the economy revives and not just keeps the status quo,” she said. Among the negative aspects she noted insufficient changes in foreign exchange restrictions, excessive bureaucracy in export matters, and very captious control of contracts. She also believes that reducing the rate at 8% is not enough for businesses to take out loans easily. In addition, banks almost do not lend to businesses now. “We must encourage banks to invest in businesses. They expect the NBU to take further steps to stimulate development and move on and develop, not just maintain stability,” underlined Ms. Glazkova.  Maria Repko said that though business has accepted the current situation, “they do not hurry to vote with money.” “There are no investments. And there will not be any investments until they have the impression that these risks, both the regulatory and currency ones, are predictable. When a person has a risk, he can hedge it. It is expensive, but then he will know how much he should pay. When he can predict a risk, he can invest in a project that will yield correspondingly to negate these costs,” she explained. According to Ms. Repko, factors that prevented investment are as follows: corruption, judicial system, war and restrictions on the movement of capital. “Restrictions on the movement of capital and high risks are the factors that keep us at the bottom,” she said.

According to Ms. Repko, we should move faster with currency restrictions. “We cannot connive at what is happening. We have the dollar economy. We should learn to work with the open market. We have an open economy, to move out funds is not a problem, but it is hard to invest,” she stressed. According to her, the current restrictions have already caused the black market of currency, which is 1-1.2 billion dollars every month, while officially it is 50-60 million. Because of these restrictions Ukraine also yields to its direct competitors, because they have more favorable business environment than we.

Sergiy Nikolaychuk, director of Monetary Policy & Economic Analysis Department, National Bank of Ukraine, noted that over the past two years, the situation has not allowed the National Bank to make radical changes to remove restrictions in one or two steps. It includes the falling raw material prices, escalation in Donbas, trade restrictions from Russia. “We should consider every step that will give a positive today, but will unbalance the whole system. If the conditions and environment are more attractive, we will continue to remove them. We are also dependent on the reforms in other areas,” he emphasized.

Mr. Nikolaychuk noted that the regulator considers the neutral interest rate at 1.2%. “If we say that we plan a medium-term target for inflation – 5% in 2019, respectively 6-7% – the discount rate that we see as the equilibrium and neutral rate in the medium term. How quickly this will happen depends on those internal and external shocks, which the Ukrainian economy will face,” informed the director of Monetary Policy & Economic Analysis Department, National Bank of Ukraine.