Two Ukrainian troops died in combat in the past 24 hours and five were injured, informed the spokesman of the Ministry of Defense of Ukraine on ATO related issues Colonel Andriy Lysenko at a press briefing at Ukraine Crisis Media Center. 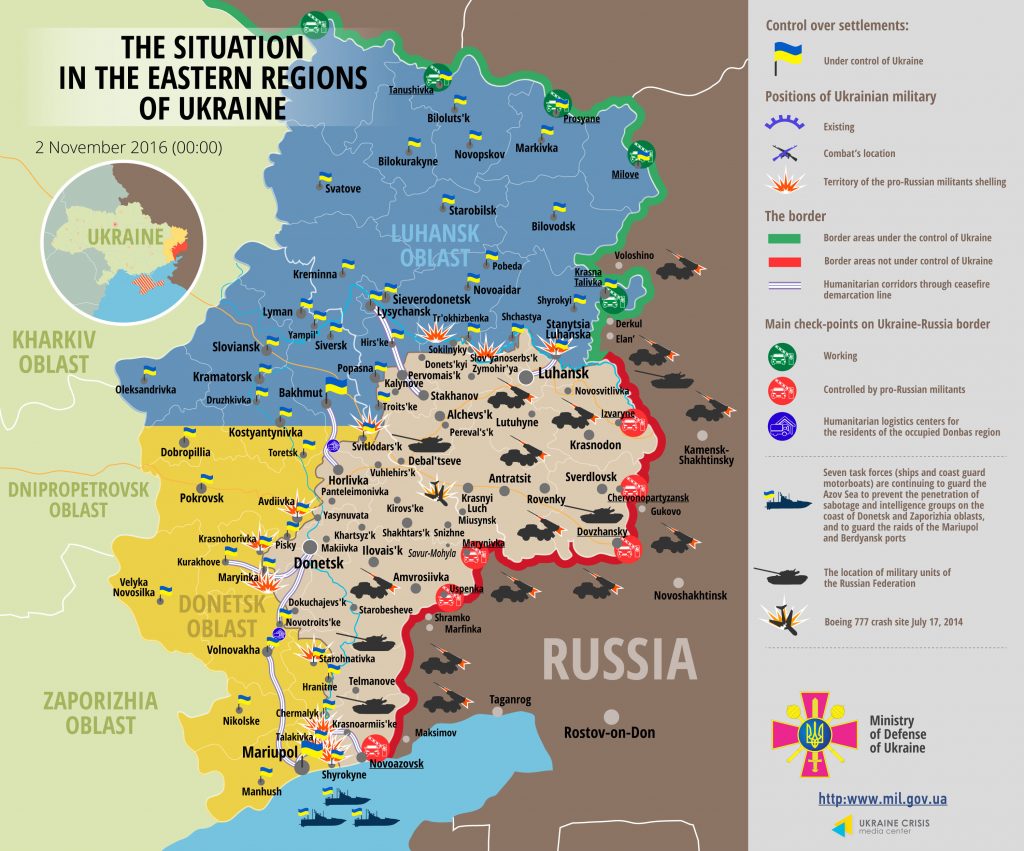 Area of hostilities expanded in the Mariupol sector. Militants organized a series of attacks from heavy armor in Novomykhailivka and Slavne in Mariinka district, and in Pyshchevyk near Pavlopil. “In addition to mortar launchers and cannons, occupants used armored personnel carrier and snipers several times,” said the spokesman. Hostilities continue along the entire frontline and Ukrainian troops respond with fire. In total, 27 militants’ attacks took place in the Mariupol sector in the past 24 hours, and 11 of them involved use of heavy armor. “Two flights of hostile unmanned aerial vehicles took place in the Donetsk and Mariupol sectors,” added Col. Lysenko.

According to Col. Lysenko, counterintelligence of the Security Service of Ukraine prevented a militants’ attempt to create a human intelligence network in Luhansk region. “Occupants were trying to recruit a Ukrainian government official detained by militants in the demarcation line in September this year. Being threatened bodily harm, the man agreed to cooperate, but had no time to commit wrongdoing.  Counterintelligence seized the criminal in time,” said the spokesman.