Mariupol sector stands as hottest in the combat zone, while combined Russian-militant troops continue attacks with the use of heavy weapons in all sectors.

Main hotspots in the Donetsk sector of the combat zone were Luhanske, Zaitseve, Avdiivka and positions at the Butivka mine. Thirty six mortar mines were fired upon Ukrainian positions, all at the Svitlodarsk salient, said Colonel Oleksandr Motuzyanyk, spokesman of the Ministry of Defense of Ukraine on ATO-related issues. Russia-backed militants made a total of seven attacks in the Donetsk sector, three of them were made from heavy weapons. 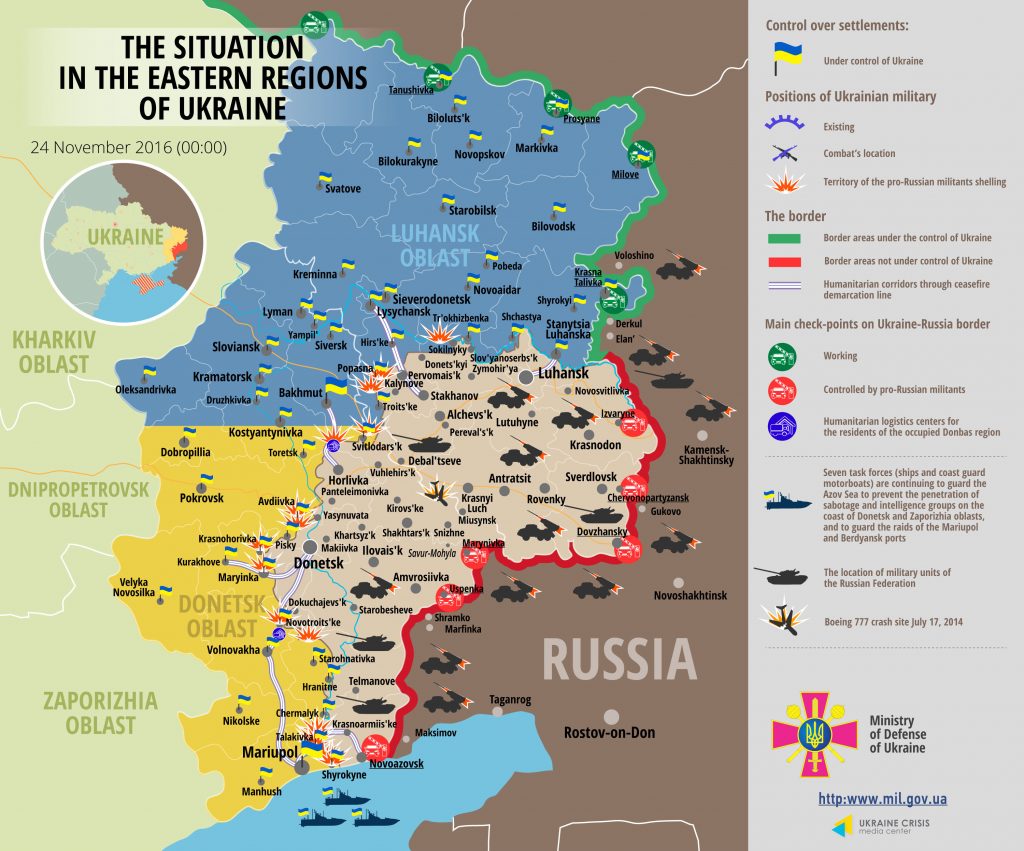 In the Luhansk sector militants started violating ceasefire in Krymske, Novoleksandrivka and Novozvanivka after 2pm. They were using heavy weapons. Russia’s proxies made a total of 14 attacks including three from heavy weapons.

Mariupol sector saw intensification of actions by hostile snipers all along the contact line. Massive mortar attacks continue in areas near Maryinka and by the Sea of Azov. “Resulting from systematic ammunition supply from Russia, adversary has increased the density of fire, over 200 mines were fired upon Ukrainian positions,” said Colonel Motuzyanyk. Combined Russian-militant troops made a total of 27 attacks in the Mariupol sector yesterday, 10 of them were made with the use of heavy weapons.

One Ukrainian serviceman was killed in action over the last day. “The incident took place in Maryinka resulting from a hostile attack,” specified Colonel Motuzyanyk.

Ukraine’s Security Service discovered weapons caches in Starobilsk area of Luhansk region and near Mariupol. They seized two antitank grenade launchers, 11 grenades, 400g of TNT and over one thousand pieces of ammunition of various calibers.