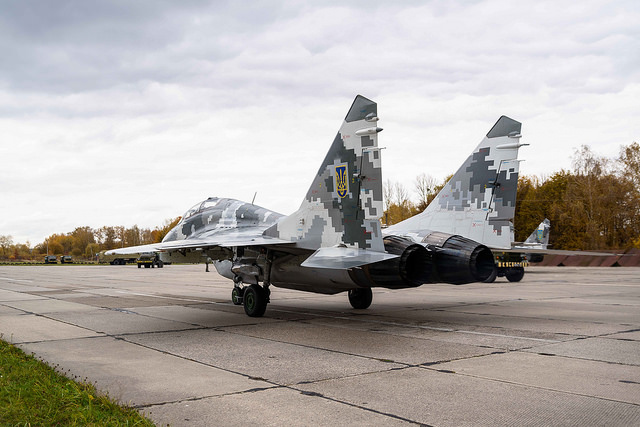 Clarification on the zone of Ukrainian Air Force exercise, that is in place now in the southern Ukraine.

Ukrainian Air Force Command states that they have reduced the danger zone for conducting missile firing over the Black Sea, which will be held on December 1-2.

This was announced by the press center  of the Ukrainian Air Force Command on Facebook.

They note that control flight tests that began on the proving ground in Kherson region on November 28, 2016 have entered their final phase.

“In preparation for implementation of practical launches of anti-aircraft missiles, the Ukrainian Air Force Command adjusted the area of the danger zone for rocket launching in the north-western part of the Black Sea by reducing the area,” reads the statement.

“Thus, the eastern border of the zone is 27-30 km away from the northwest coast of Crimea, which eliminates any threat to the civilian population of the peninsula,” stresses the press center.

The Air Force Command assures introducing appropriate security measures to ensure safety of the practical test phase and calculated the risks that may appear during testing.

The area for the limited use of air space on a temporary basis with the corresponding coordinates (WGS-84) has been specified. The time and altitude of the ban on the use of airspace have been determined, the Foreign Ministry of Ukraine has been informed and appropriate application and air notification have been submitted to the main department of civil and military system of organizing air traffic “Ukraerocenter”.

On December 1 missile firing exercise started in the south of Ukraine, Kherson region.

On Thursday (December 1) morning passenger aircraft of foreign airlines began skirting the airspace over the Black Sea to the west of the Crimea, which is declared a zone of missile firings of the Armed Forces of Ukraine.

Russian Black Sea Fleet ships took up positions near the western coast of the occupied peninsula.

Secretary of the National Security and Defense Council of Ukraine, Oleksandr Turchynov, stated that the sovereign airspace of Russia in the Black Sea ends in the middle of the Kerch Strait, and Ukraine has no plans to shoot there.

Ukraine’s President Petro Poroshenko commenting this on twitter, reminded: “The only reason why we have to conduct the military exercise is to be always ready to fight off a full-scale invasion of our aggressive neighbor.”