MoD states the adversary employs both heavy and light weapons to shell the Ukrainian positions in all the “traditional” flashpoints.

“Number of militants’ armed provocations increased again,” informed spokesman of the Ministry of Defense on ATO related issues Colonel Andriy Lysenko at a press briefing at Ukraine Crisis Media Center. In the Luhansk sector militants became more active in the Popasna area where the majority of provocations took place. They used light weapons near Bohuslavske and Katerynivka and opened fire from armored personnel carrier in the vicinity of Novooleksandrivka. “Moreover, militants were shooting from grenade launchers of various types and opened sniping fire near Stanytsia Luhansk. Brief firefight took place at the end of the day near Staryi Aidar,” added Col. Lysenko. 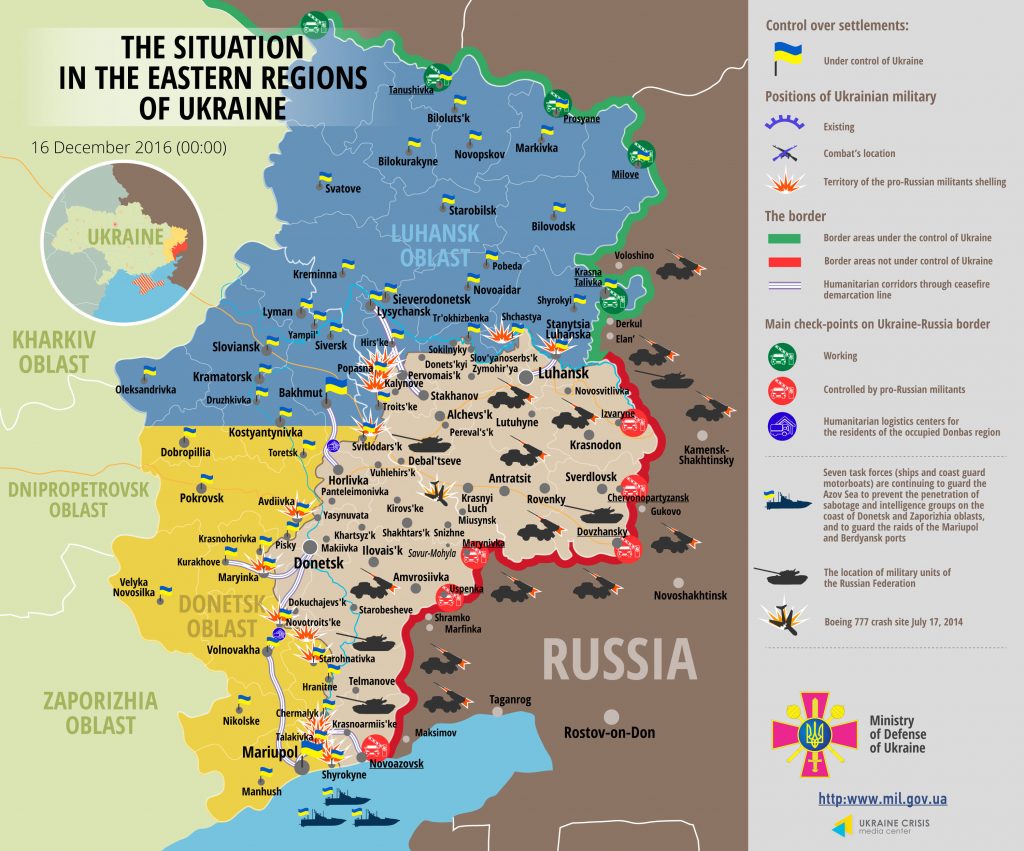 One Ukrainian serviceman was injured in a militants’ armed provocation near Staryi Aidar. Ukrainian Armed Forces incurred no losses.

The situation is the calmest in the Donetsk sector. “Militants violated the ceasefire only three times in Avdiivka and near Luhanske settlement. No heavy weapons were used,” said the spokesman.

Militants were shooting from mortar launchers in the Mariupol sector, near Shyrokyne and Talakivka, and an APC was used near Vodiane. Militants were shooting from light weapons in other areas – Mariinka, Hnutove, Pavlopil, Bohdanivka and Vodiane.  “Moreover, hostile snipers were shelling Ukrainian positions three times – twice near Novotroitske and once near Hnutove village,” explained Col. Lysenko.

Report on the military developments as of December 15 is available here. Interactive data on the shelling: chronology shelling chart and the interactive map.