The situation in is the most restless in the Mariupol sector. In total, militants launched 96 artillery shells and 383 mortar shells, said spokesman of the Ministry of Defense on ATO related issues Colonel Andriy Lysenko at a press briefing at Ukraine Crisis Media Center. Three fourths of attacks involved use of heavy armor – 82-mm and 120-mm mortar launchers and 122-mm artillery. The situation was the most restless in the vicinity of Shyrokyne, Talakivka and Vodiane village. Russian occupational troops were actively using artillery and mortars between 7 and 8 a.m. and then between 4 and 7 p.m. “Moreover, occupants were shooting from artillery ear Lebedynske and from mortar launchers near Kransnohorivka and Pavlopil. The enemy fired from light weapons near Mariinka, Hnutove and Novotroitske. 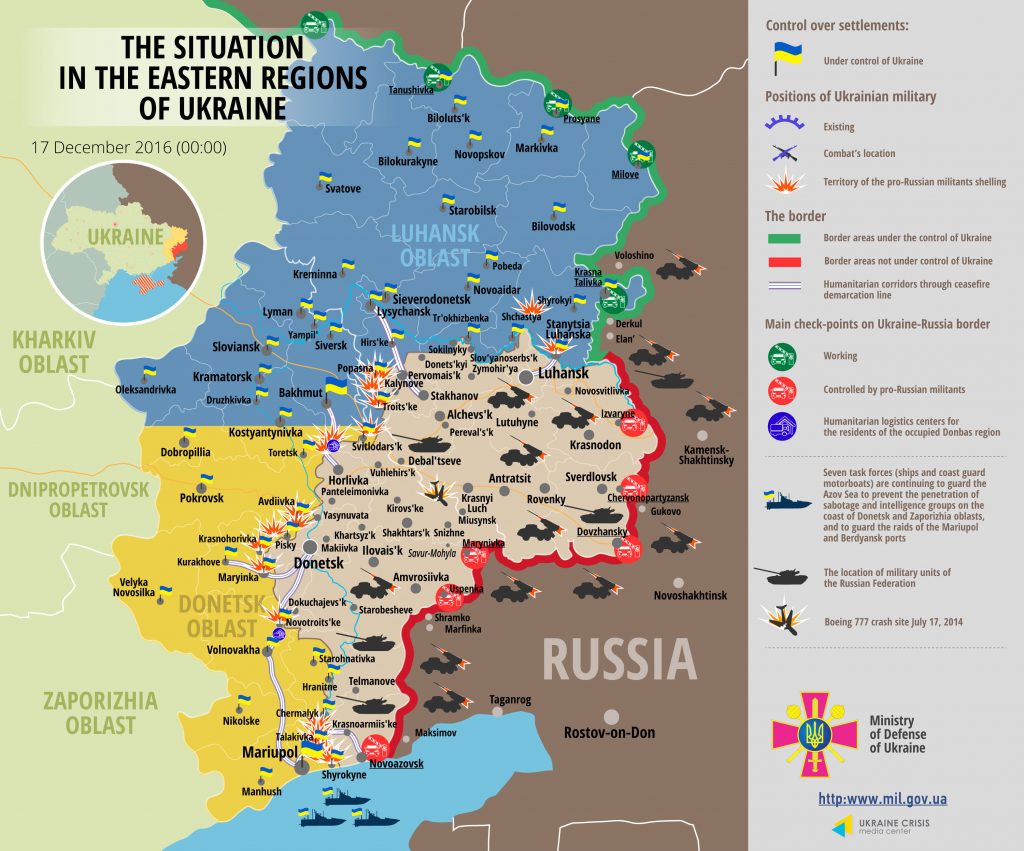 In addition to sporadic armed provocations near Stanytsia Luhanska, militants concentrated fire in the Popasna district. The intensity of attacks increased. “Militants concentrated mortars near Novozvanivka and Popasna. They engaged 122-mm and 152-mm artillery in these areas and in the vicinity of Troitske during the hours of darkness.  In total, adversaries launched 29 mortar shells and 32 artillery shells,” said the spokesman.

In the Donetsk sector militants’ provocations involving use of small arms were registered near Avdiivka and in the Horlivka perimeter, in particular near Maiorsk and Zaitseve. Moreover, militants opened mortar fire near Avdiivka and Luhanske settlement, launching the total of 43 mortar shells. “The enemy conducted artillery attack at Ukrainian positions at the end of the day near Nevelske in Yasynuvata district. In total, militants launched 30 artillery shells,” elaborated Col. Lysenko.