Two days have passed since the new ceasefire agreement, however, the situation escalates in the East Ukraine. The main hotspots are Luhanske in the Donetsk sector and Shyrokyne in the Mariupol sector, said Col. Andriy Lysenko, Ministry of Defense of Ukraine spokesperson on ATO related issues at a press briefing at Ukraine Crisis Media Center. “In Luhanske, Donetsk sector, the adversary started firing at our positions at 7 a.m. In the afternoon they started using armored vehicles and mortars. The attacks there, the breaks omitted, lasted not less than 7 hours”, he noted. The illegal armed groups also violated the ceasefire in the Horlivka perimeter. Meanwhile the ceasefire held in Avdiivka and Donetsk airport area. In total, the militants violated the ceasefire 14 times in the Donetsk sector, four of them involved use of heavy weapons. 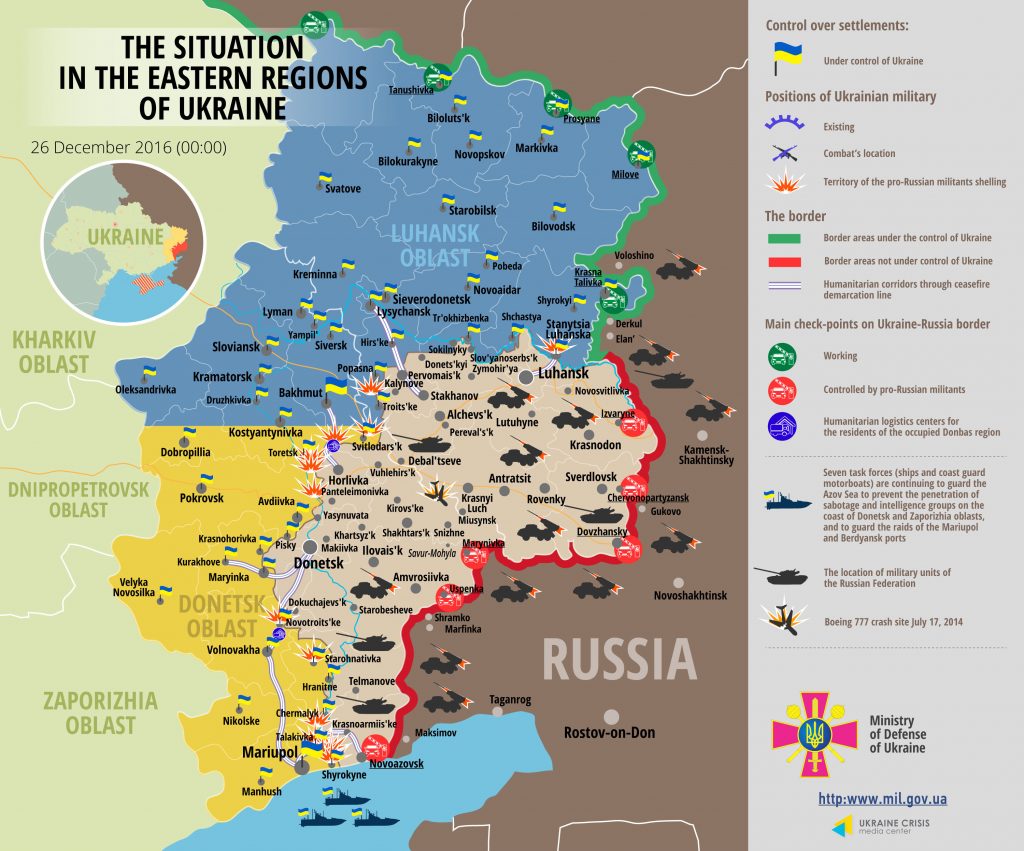 As in previous days, the situation remains very volatile in Pavlopil-Shyrokyne frontline area in the Mariupol sector. “Just like before the Christmas ceasefire, the enemy massively uses mortars and sometimes artillery. The enemy opened fire at around 10 a.m. yesterday, the attack continued until the late evening. They launched nearly 40 mines and a number of shells on our positions,” said Col. Lysenko. However, it was quiet in Mariinka and its outskirts. The militants violated the ceasefire one time both in Novotroitske and in Starognativka. In total, the Russia-backed militants violated the ceasefire 16 times in the Mariupol sector, six of them involved use of heavy weapons.

It was relatively calm in the Luhansk sector yesterday. The militants made three short attacks in Stanytsia Luhanska and in Novozvanivka.