Situation in the Pavlopil-Shyrokyne area is still the tensest, nearby Svitlodarsk and close to Krymske village, Ukraine suffers casualties.

Hostilities intensified in the vicinity of Krymske in the Luhansk region yesterday. “The most active combat actions took place in far outskirts of Krymske. The enemy fired on our positions three times from weapons of armored fighting vehicles and machine guns. One armed provocation involving the use of grenade launchers took place in Krymske,” said Col. Oleksandr Motuzyanyk, Ministry of Defense spokesperson on ATO related issues at a press briefing at Ukraine Crisis Media Center. The Russia-backed militants also violated the ceasefire in Stanytsia Luhanska and to the north from Stanytsia Luhanska. In total, the militants violated the ceasefire six times in the Luhansk sector. 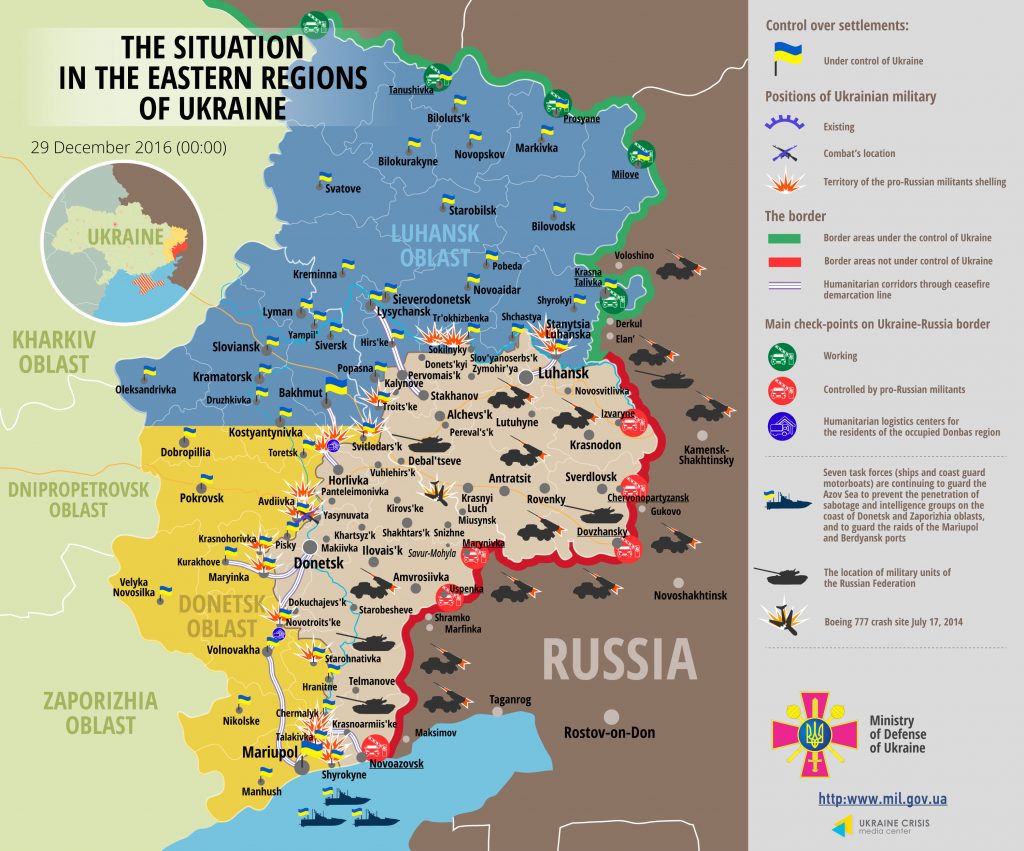 A combat engagement between Ukrainian forces and militants took place in the Donetsk sector.  “The enemy started assault near Kruta Balka village in Yasynuvata area in the afternoon. Half an hour after the fight began our defenders repelled the attack,” said Olelsandr Motuzyanyk. The militants violated the ceasefire 15 times in the Donetsk sector, three of them involved use of heavy weapons. Hostilities occurred all along the contact line, except for the Donetsk airport. The militants’ fire on the Svitlodarsk bulge lasted in total more than six hours. “The occupants used mortars in this area of the frontline, they launched over 50 mines in direction of our positions. In Horlivka perimeter and in Avdiivka industrial zone the enemy used mostly small arms and grenade launchers,” elaborated Col. Motuzyanyk.

“Two Ukrainian troops were killed in action yesterday, one of them was killed in combat engagement in Yasynuvata area. Two more troops were wounded,” said the spokesperson.