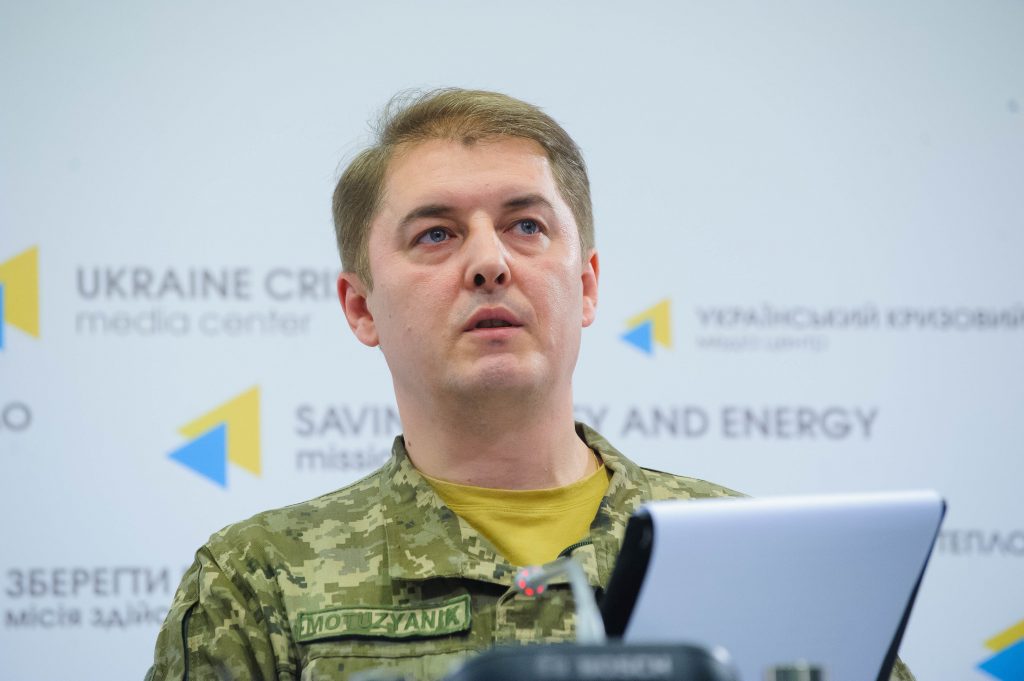 Militants significantly intensified attacks at Ukrainian positions last night, informed the spokesman of the Ministry of Defense on ATO related issues Colonel Oleksandr Motuzyanyk at a press briefing at Ukraine Crisis Media Center. “Enemy is actively using heavy weapons and violates ceasefire both during the day and at night,” he said. 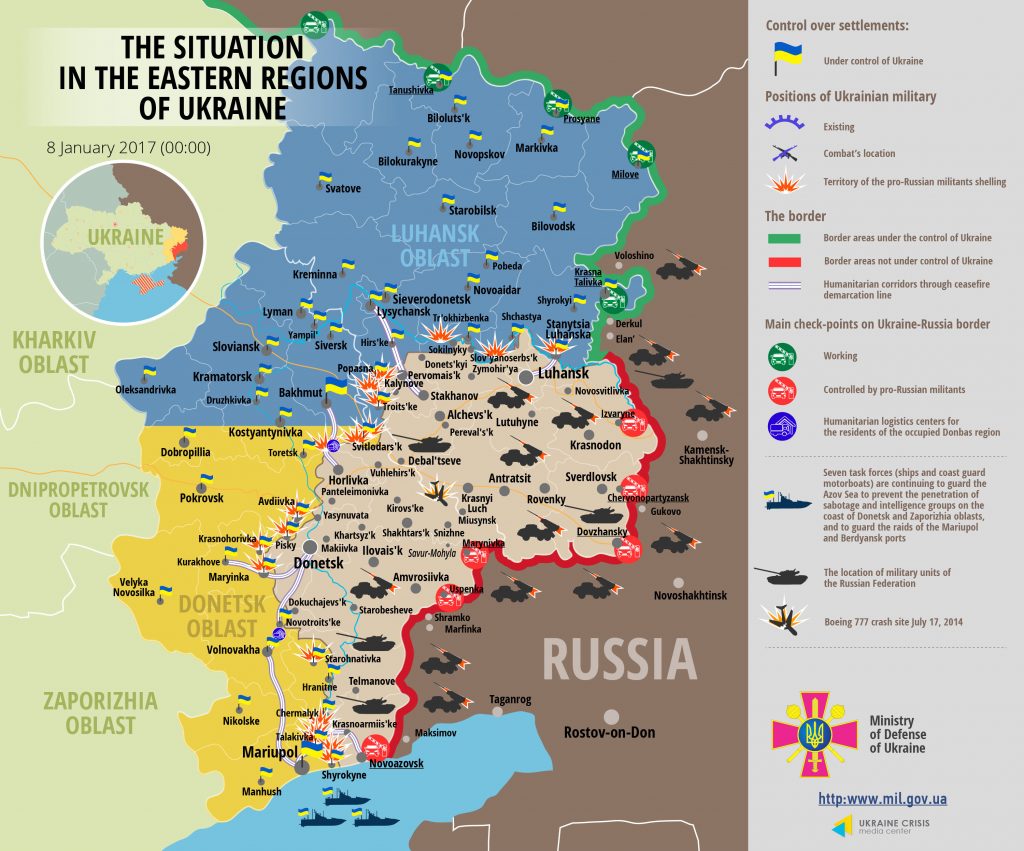 Russia-backed militant groups opened mortar fire in the vicinity of Novozvanivka, Novooleksandrivka and Troitske in the Luhansk sector. In total, insurgents launched 31 mortar shells at Ukrainian troops’ positions. “Almost every episode of ceasefire violation was accompanied by fire from grenade launcher in the above mentioned areas, as well as near Stanytsia Luhanska, Krymske and Lobacheve village,” said Col. Motuzyanyk. According  to him, three Ukrainian troops were  wounded in  a mortar shelling  delivered by militants near Troitske, and three more were wounded as a result of armed provocations near Krymske Ukrainian Armed Forces incurred no losses in combat.

Russia-backed militants used mortar launchers and artillery in the Mariupol sector, launching six artillery shells and 87 mortar bombs. “Militants engaged artillery against Ukrainian troops in the vicinity of Vodiane village, and mortar fire was registered along the entire frontline – from Mariinka and Pavlopil to Talakivka and Shyrokyne. Attacks continued all day long in this sector, intensifying after 2 p.m.” elaborated Col. Motuzyanyk.

Main hostilities in the Donetsk sector took place in the vicinity of Doetsk airport, at the Svitlodarsk bulge and Horlivka perimeter. “Militants launched nine mortar bombs an shot from armored personnel carrier near Troitske village not far from Horlivka. Moreover, in addition to the provocations near Luhanske settlement at the Svitlodarsk bulge, one provocation took place on the outskirts of Novoluhanske, where militants used small arms,” said the spokesman.