Russia-backed militants violated the ceasefire 30 times in the Mariupol sector yesterday, said Col. Oleksandr Motuzyanyk, Ministry of Defense spokesperson on ATO related issues, at a press briefing at Ukraine Crisis Media Center. The militants were the most active in Mariinka area and on the eastern outskirts of Mariupol, using mostly small arms, snipers and grenade launchers.  They used mortars five times over the past 24 hours. “Militants’ subversive reconnaissance group attacked Ukrainian troops near Taramchuk. Due to well-coordinated actions the attack was repelled in a few minutes,” noted the spokesperson. 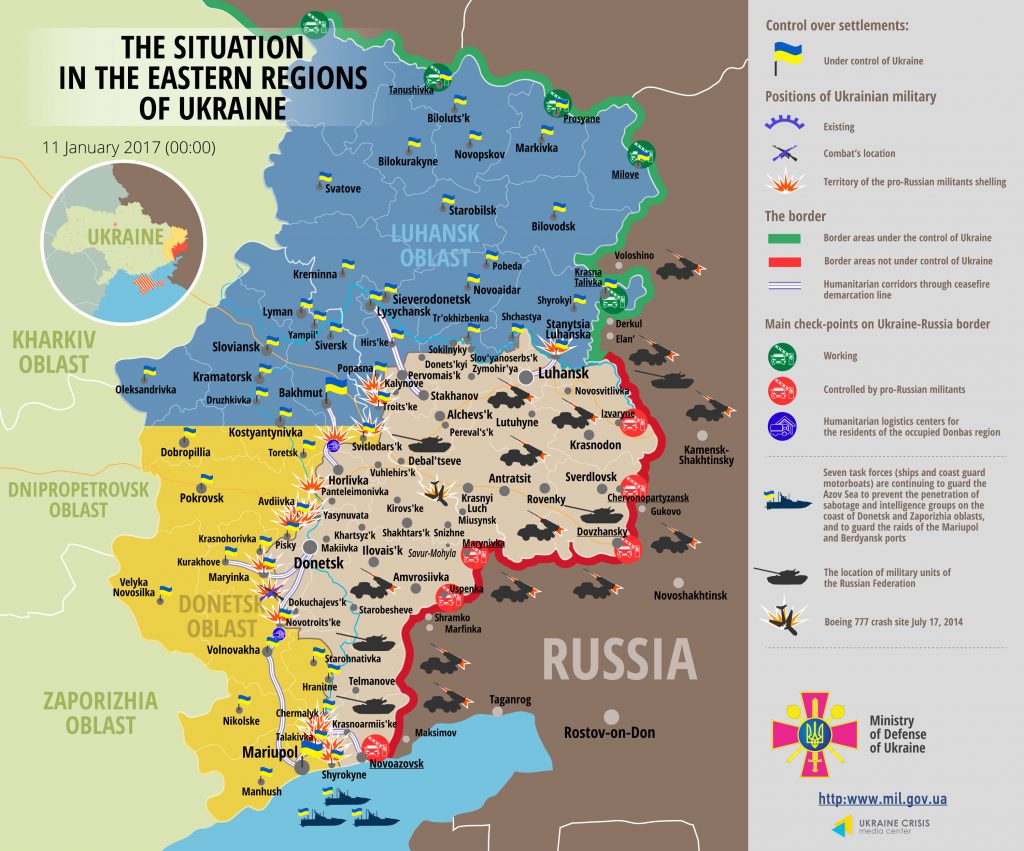 One Ukrainian troop was killed in action yesterday, three troops were wounded.

Svitlodarsk bulge, Horlivka perimeter and Donetsk airport area were the main places of hostilities in the Donetsk sector. Russia-backed militants were using 82 mm and 120 mm mortars, they launched more than 120 mines on Ukrainian positions over the past 24 hours. Situation was the most tensed in Avdiivka industrial zone, where the militants started firing on Ukrainian positions in the afternoon and continued fire for almost six hours without breaks. They ceased the fire at 8 p.m. In total, the militants violated ceasefire 12 times in the Donetsk sector.