A fight for the Avdiivka industrial area continued in the ATO zone for 19 hours yesterday, on January 29. Four Ukrainian troops died, and 14 were wounded or sustained injured. 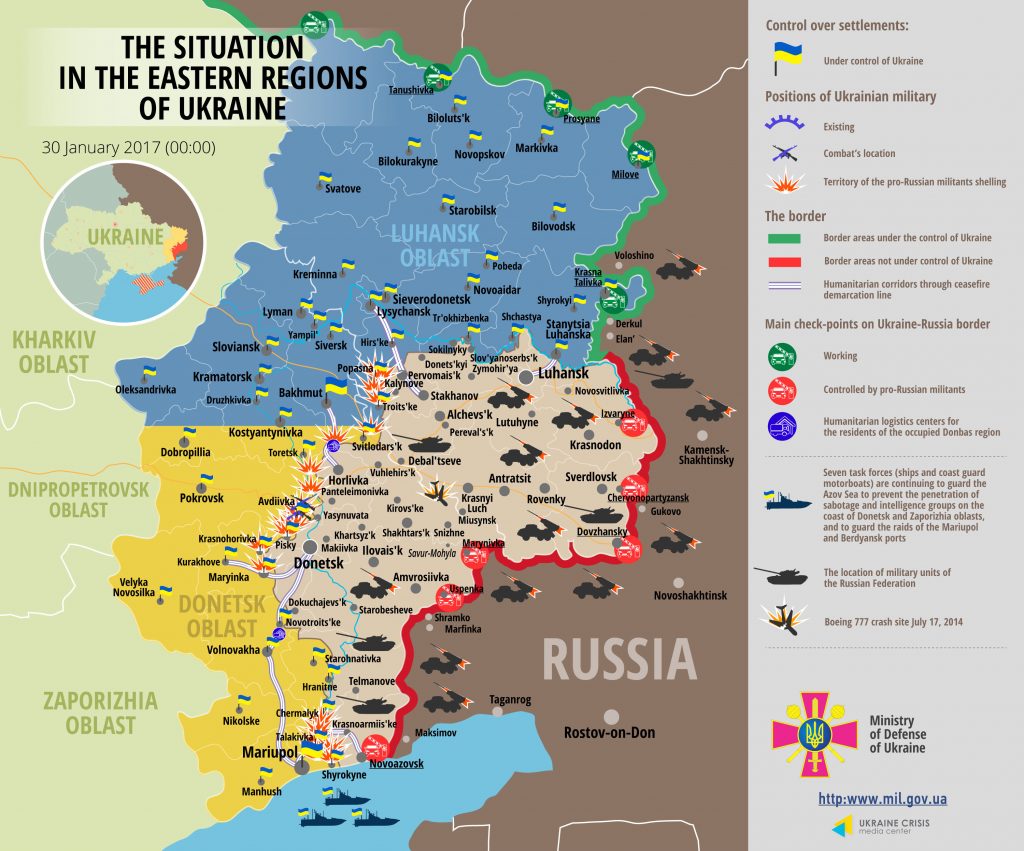 Russian proxies were active on the flanks during the battle for the Avdiivka industrial area. “Adversaries tried and attacked ATO troops in their positions between Kamianka and Kruta Balka during morning twilight. The fight continued one hour. Russia-backed militant groups organized two mortar shooting attacks on the same strongholds in several hours, launching over 30 mortar shells. Moreover, militants attacked Butovka coal mine positions from Spartak direction a bit later, after 1 p.m.,” said the spokesman. In was a diverting attack and militants did not succeed here either.

Apart from severe fighting in Avdiivka, the situation escalated in other areas as well. “Occupants conducted massive mortar attacks in Troitske, Zaitseve, Verkhniotoretske and Opytne. A tank advanced from hostile stronghold “Volvo-center” at Ukrainian positions in Pisky and shelled them for over 60 minutes,” said Col. Motuzyanyk. Another Ukrainian soldier was wounded in Opytne.

According to Ukrainian military intelligence’s estimates, militants incurred severe losses in the Avdiivka industrial area yesterday. 15 militants died and 24 were wounded, and information regarding death of a militants’ battalion commander, Ivan Bakalai nicknamed “Greek” was confirmed.