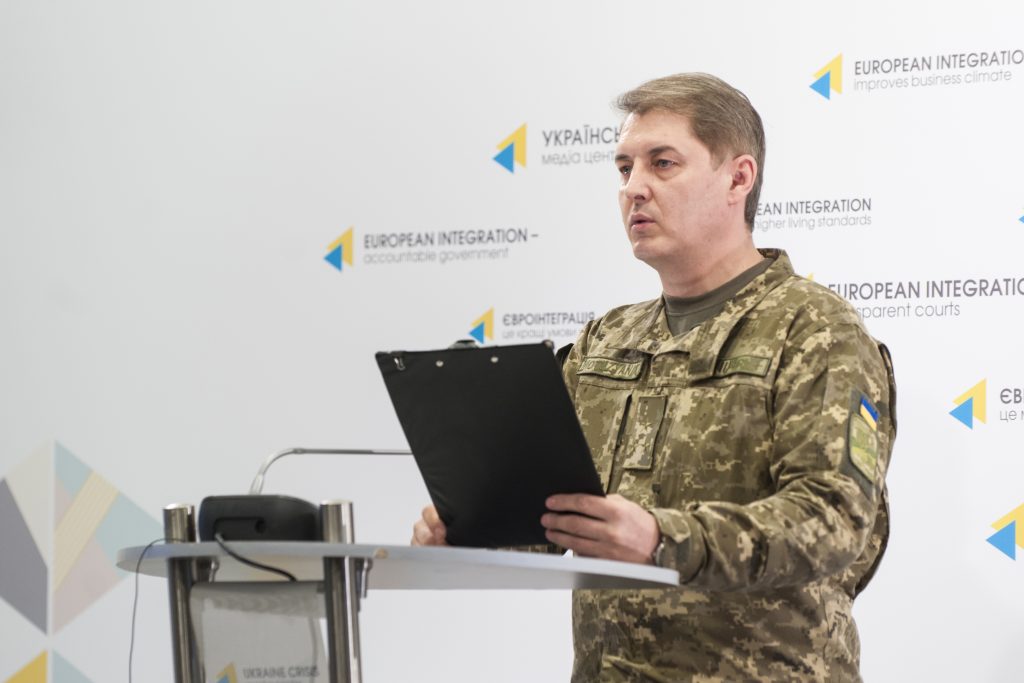 The situation remains critical in the ATO zone. Militants violated the ceasefire over 100 times.

Avdiivka, the vicinity of the Donetsk airport and the Azov Sea are the most restless frontline areas. Three Ukrainian troops died and eight were wounded. One soldier was killed near Troitske and two died in the vicinity of Halytsynivka as a result of militants’ attacks from Grad MRLS, said the spokesman of the Ministry of Defense of Ukraine on ATO related issues Colonel Oleksandr Motuzyanyk at a press briefing at Ukraine Crisis Media Center. “Russian occupational forces brought up tanks to Avdiivka yesterday and started shelling ATO troops’ positions. Local inhabitants were victims of militants’ attacks yet another time. A multi-storey building was damaged by a direct hit of militants’ missile which left a family with five small children homeless,” he said. 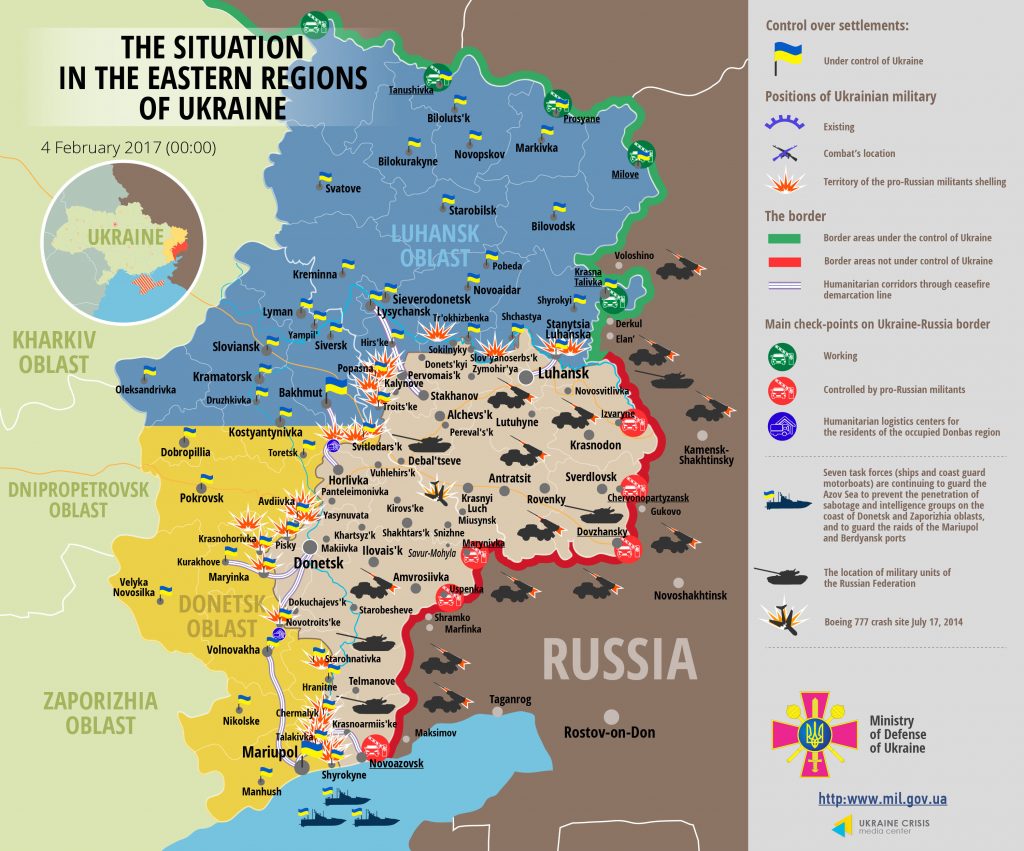 Mobile heating and food units continue working in Avdiivka. Heating and water supply was resumed this morning as a result of successful repair works. As of 7 a.m. this morning, State Emergency Service of Ukraine evacuated 244 people from the town, 114 of them being children.

Militants resumed hours-long shooting attacks at Butovka coal mineposition and Ukrainian strongholds near Donetsk airport. “Our rear area – Halytsynivka village – came under rocket artillery fire just after midnight yesterday. It is located 15 km from the frontline. The enemy located in the occupied Staromykhailivka launched half service charge from BM-21 Grad MRLS towards the village,” said the spokesman. The situation was also restless at the Svitlodarsk bulge where militants were actively shooting at ATO troops from heavy large caliber weapons.

In the Luhansk sector the situation was the most difficult in the Popasna district with epicenter in Troitske, where militants were using heavy weapons all day long. “Russian proxies organized intensive artillery mortar attack at ATO troops’ positions there yesterday, shooting from north-east direction,” said Col. Motuzyanyk. Militants used no heavy armor in other frontline sectors.

According to Ukrainian military intelligence, military political authorities of Russian Federation warned authorities of self-proclaimed “Donetsk people’s republic” that they will be dismissed in case they lose control over “Yasynuvata stronghold”.

Report on the military developments as of February 3 is available here. Interactive data on the shelling: chronology shelling chart and the interactive map.