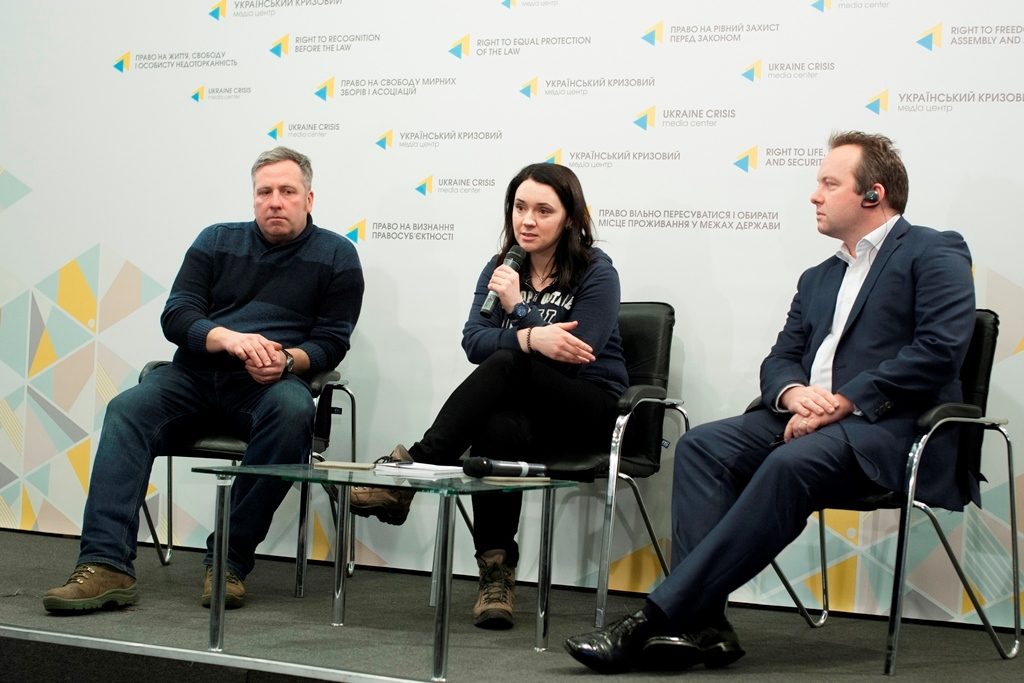 During three years of armed conflict in Ukraine a whole group of children emerged, the “children of war”. Even in liberated territories they face threats of unexploded mines and shells. According to the pyrotechnic department of the State Emergency Service of Ukraine in Donetsk region, over 205,000 explosive objects have been defused since 2016. However, there is no accurate data on how many children have been hurt by unexploded ammunition. “Children of Donbas” tells about how local children are taught to deal with dangerous objects.

Children are aware of the dangers of explosives

“The children who live in the conflict area are pretty familiar with all this explosive stuff. When you ask children in kindergarten as to what dangerous things you can find in a forest, they name ‘booby-traps, bombs, grenades’ and only then toadstools and wolfs. This film was made to tell about these children.” – says Olena Rozvadovska, volunteer, character in the film, participant of the programs of the Swiss Foundation for Mine Action, during the presentation of the film at Ukraine Crisis Media Center.

The leading character of the film is Oleksiy, a boy from a village near Pisky. He found a detonator of a grenade and lost three fingers playing with it. “It’s frightful when war goes over the souls of children. The consequences are terrible. We made this film to remind the society that these children have to be saved. People build tolerance against news from frontline, they cease to see people behind the numbers.” – says the director of the film Taras Tomenko.

Lectures and tales about mines

Children in kindergartens and schools have lessons, plays and cartoons on how to behave with unknown objects. They are being taught to distinguish between different kinds of mines, to tell adults about their findings. “During the lessons, we followed the strictest security norms. We did not touch the objects not to give children impression that they can be touched.” – says Rozvadovska. “Teaching explosives’ security is one of the fundamentals of mine action. It is important to convey these simple instructions ‘stop, step back, tell the adults’ even to the youngest of them.” – says Michael Barry, program manager of Swiss Foundation for Mine Action in Ukraine.

Nonetheless, teaching explosives’ security is only a part of mine action, patronized particularly by international organizations. In Ukraine, there is no unified mine action regulation, and it is not clear what government agency is responsible for it.