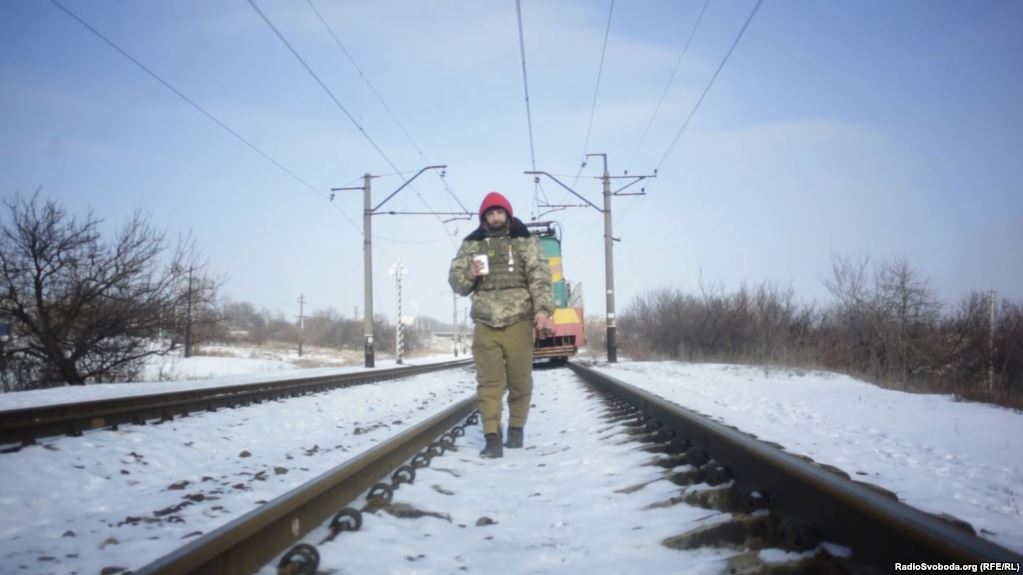 The situation with the blockade of Donbas coal is aggravating. UCMC has already written about the energy blockade of Donbas (Blockade: 5 things to know) as well as about the ultimatum of the leadership of the so-called “DPR” and “LPR”. “DPR” and “LPR” militants demanded to stop the transport blockade by March 1. They also demanded that Akhmetov‘s enterprises pay taxes to the “national budget”, and if they refuse, threatened to introduce “external management at all enterprises of Ukrainian jurisdiction that work in “DPR” and “LPR”.

What’s going on. The transport blockade has lasted for more than a month in four areas: the crossing Svitlanove-Shepilove in Luhansk region, near Bakhmut – in Donetsk region, near Novhorodske – the railway connecting the occupied Yasynuvata and the government-controlled Kostyantynivka, as well as the motorway near Karbonit in Luhansk region. The blockade prevents supplies of anthracite coal to Ukrainian CHPs and metallurgical industry.

Who suffers from this. The blockade creates problems for the Ukrainian government. The anthracite power-generating units, which depend on ORDLO coal, produce about 15% of Ukraine’s electricity, which is currently difficult to replace. In addition, the coal is used in the metallurgical industry – this exporting industry brings Ukraine currency earnings, which affect the stability of the Ukrainian hryvnia. According to the government’s estimates, the state may lose 3.5 billion dollars a year because of the blockade of trade with uncontrolled territories of Donetsk and Luhansk regions.

Oligarch Akhmetov suffers even bigger losses. He owns 70% of Ukrainian thermal power plants that burn anthracite coal from ORDLO, which he takes from uncontrolled territories (and Ukrainians pay for it as for imported coal by Rommerdam + formula from March 2016). The blockade also causes losses of industrial enterprises of Akhmetov’s Metinvest holding. According to the estimates of the investment company Dragon Capital, the holding loses 5 to 10 million dollars a month because of the blockade.

“DPR” and “LPR” also suffer from the blockade because, despite official statements that SCM pay taxes only to the Ukrainian budget, Akhmetov found the ways to pay militants for not touching his business. His enterprises employ people who receive the Ukrainian salary.

To buy from Russia: is it necessity or is it a manipulation? In the early March, the Ukrainian side has repeatedly stated that the blockade coal supply from ORDLO will force Ukraine to buy coal from Russia. The Mariupol Azovstal Iron and Steel Works owned by Akhmetov turned to Russia and the USA for coal purchases. Georgiy Tuka, Deputy Minister on affairs of temporarily occupied territories and IDPs, also stated about the need to purchase coal from Russia. Finally, Premier Minister Volodymyr Groisman made a statement about the “forced” purchases from Russia.

However, according to many experts, the government hides its political will to preserve the existing status quo behind the statements about choiceless purchases of coal from Russia. There is a synergy of government’s and Akhmetov‘s efforts. Ukraine has experience in coal imports from South Africa in 2014-2015; and from March 2016, the population of Ukraine has been paying for electricity by the formula Rotterdam + (citizens have overpaid 10 billion UAH, and these funds should have been allocated for establishing coal independence from ORDLO. Only the authorities can answer the question where these funds are). Ukraine has also the opportunity to modernize power plants and not to depend on coal from ORDLO. Statements that there is no alternative to purchasing coal from Russia is the manipulation of public opinion.

“Nationalization” of enterprises in “DPR” and “LPR“. The situation is complicated by the fact that the leaderships of “DPR” and “LPR” took advantage of the situation to start a war against Akhmetov. The militants’ ultimatum demanded the cease of the blockade by March 1, and the payment of taxes to the”DPR” budget by the companies in their territory, in particular, by Akhmetov’s companies. In the official SCM Group statement Akhmetov refused to do this. That is why on March 2, 2017, the leaderships of the so-called “DPR” and “LPR” started the process of “nationalization” of companies, many of which belong to Akhmetov. A total of 40 companies within Ukrainian jurisdiction have been placed under the external control of ORDLO.

According to experts, it is very likely that Russia instructed the above leaderships to “nationalize” Akhmetov’s property. Ukraine has been competing with Russia on the metallurgical market, so weakening Akhmetov’s positions by Russia has been just a matter of time. Apparently, Russia switches from the model of funding “DPR” and “LPR” to the model of their “self-financing.” That is why Russia instructed them to attack and “nationalize”. Russia is also interested in energy instability in Ukraine and decline in its steel industry. Nationalization may result in a significant blow to the Ukrainian economy, steel industry and stability of the hryvnia. It may also be the beginning of the end of Akhmetov’s empire.