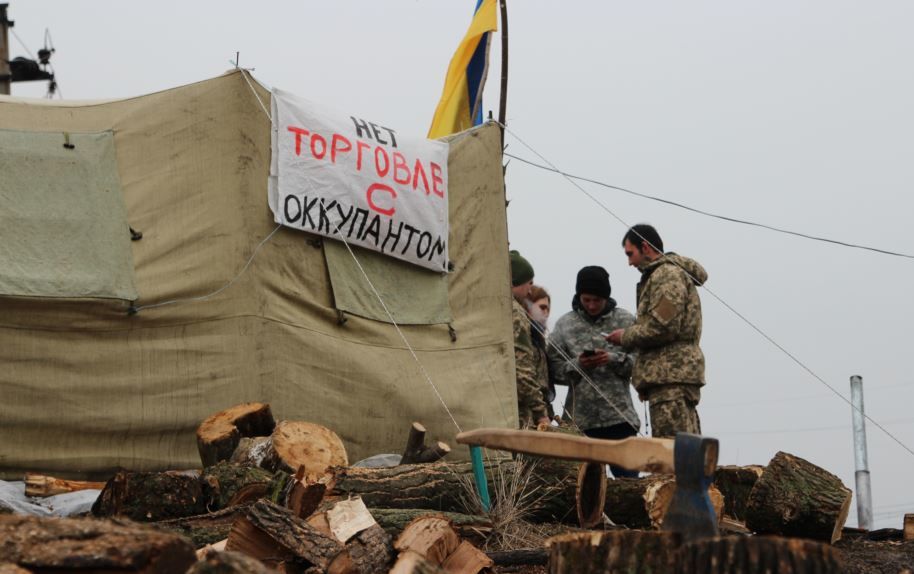 Since January 25, in Eastern Ukraine, there has been a trade blockade of the occupied territories, which led to a shortage of anthracite and implementation of emergency measures in the energy sector. March 13, Ukrainian society was stirred up by the news of authorities breaking up one group of blockade advocates. This event triggered protests in several cities, “the takeover of Parliament” and the complete cessation of goods transportation across the contact line.

UCMC publishes an overview of the events and consequences of the blockade of the recent days.

Blockade break up. On the night of March 13, “the headquarters of the blockade“, claimed that the blockade was broke up and its members detained at the train station Kryvyi Torets by the Security Service of Ukraine and KORD police special forces.

According to MP Semen Semenchenko, who is one of the organizers of the blockade, armed police arrived upon the scene in an armored personnel carrier. Under the pretext of searching for enemy subversive and recognized groups, the police checked documents of the members of the blockade and tried to confiscate firearms from them. After the blockade participants refused to surrender the firearms, they were allegedly detained by force. 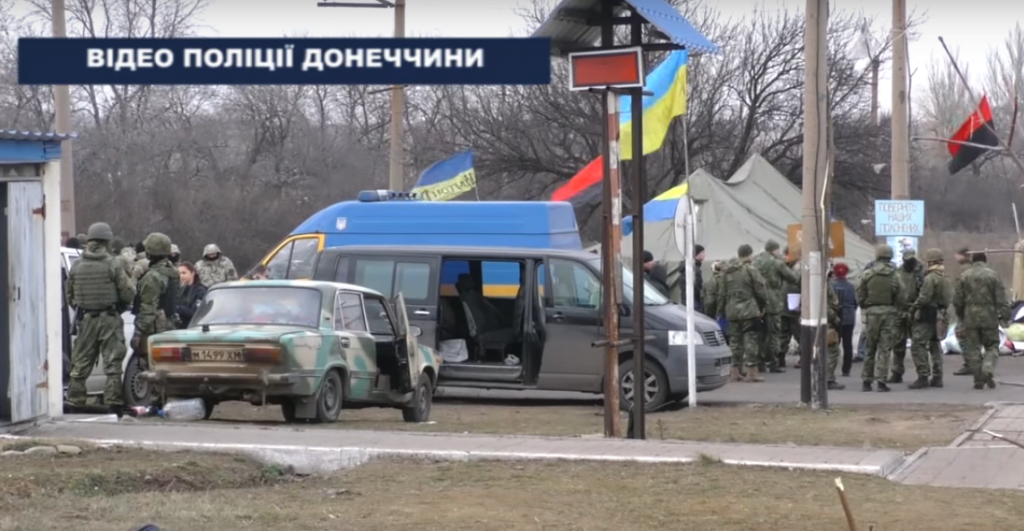 In turn, the SSU has announced the detention of 43 people with weapons in populated areas of Toretske, Scherbynivka and Kurdiumivka (where the blockade was based). People were detained for refusing to surrender their weapons (video of the arrest). Law enforcement officers seized eight items of various weapons, including grenades. The next day all the detainees were released.

The wave of protests. After the blockade, participants were arrested, protests in support of blockade were held in some Ukrainian cities, namely in Kyiv (up to 500 people, video), Volyn, Kharkiv, Rivne, Vinnytsia and Chernivtsi. 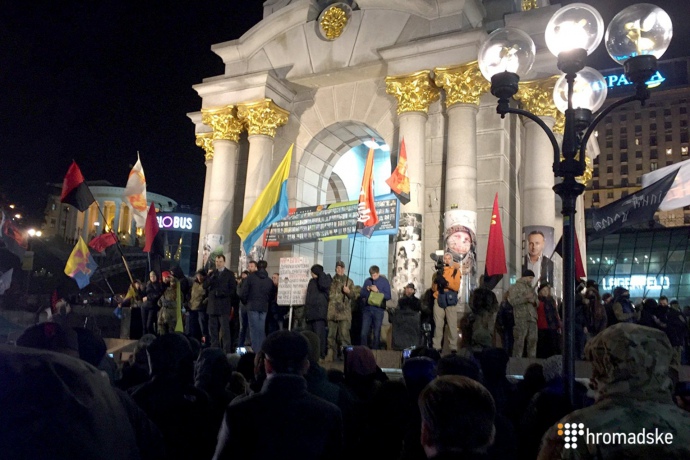 The blockade of parliament. March 15, men in military uniforms entered the parliament in session, which is prohibited by Ukrainian law. It was the policemen of Donetsk police, who wanted to tell about the incident with MP Parasiuk. Due to the violation of the relevant regulations the session of Parliament was closed. According to the MP Serhii Leshchenko, the policemen entered the session hall lead by MP Kononenko (Block Poroshenko faction) and representatives of the Narodnyi Front party. Such actions create a dangerous precedent, which may in future be used against Ukraine. 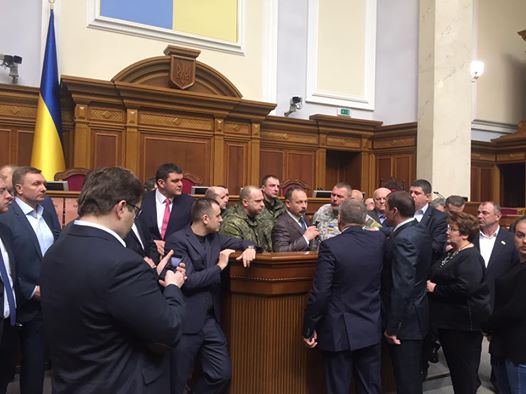 The cessation of goods movement across the contact line. March 15, National Security and Defense Council of Ukraine has decided to stop movement of goods across the line of armed conflict. This was announced by Secretary of the NSDC of Ukraine Oleksandr Turchynov. Such measures are being implemented due to the sharp escalation in the East of Ukraine and the seizure of Ukrainian enterprises in the occupied territories. Measures will be in effect until full implementation of paragraph 1 and 2 of the Minsk agreement of February 12, 2015 (complete cease-fire, withdrawal of weapons from the contact line). Starting 1 p.m. of March 15, all roads and railways to the contact line are blocked. At the same time, Poroshenko noted that humanitarian supplies are the only exception to this regime of goods movement. He said the ban on the movement of goods will be in effect until the seized Ukrainian enterprises return under the jurisdiction of Ukraine.