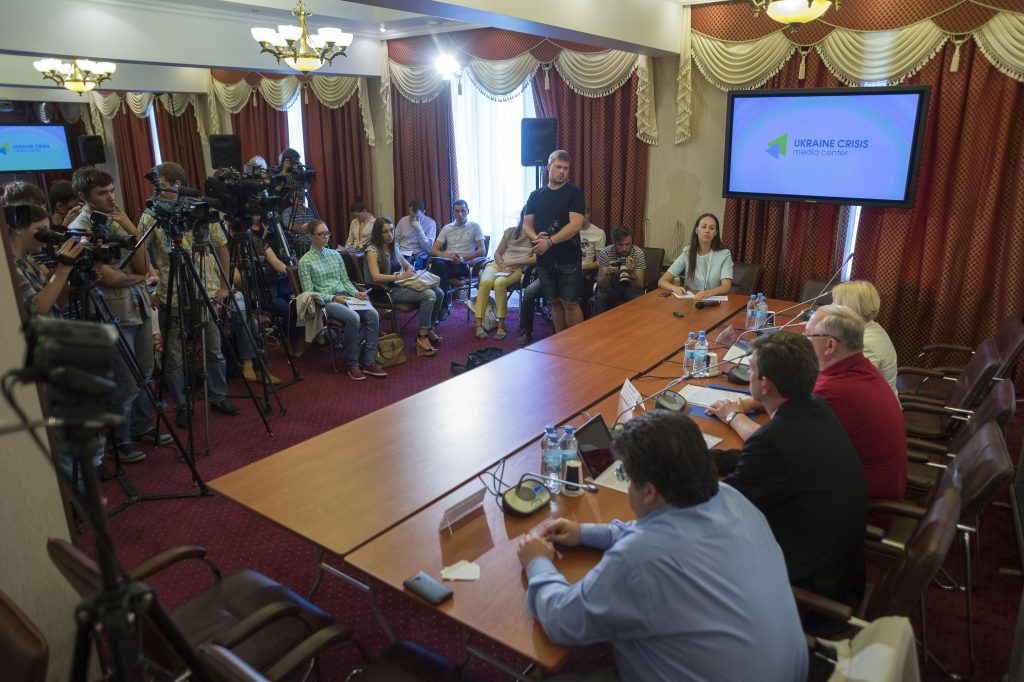 Kyiv, July 2, 2014 – President Petro Poroshenko brought ten-day armistice to stop and resumed anti-terrorist operation sustaining. Poroshenko tried and considered concerns of all the parties. Ukraine managed to show to the European Union that we were a democratic country trying to solve the conflict peacefully, but we have not been heard, so no other way out was left but to use the power again to protect our borders and our people.  The President also listened to Ukrainian military men: over again they can not only defend themselves against assaults, but conduct attacks openly. As a result, only within first twenty-four hours of ATO renewal Ukrainian special forces destroyed over one thousand militants.

Situation stabilization in eastern regions of Ukraine is the goal number one, the other question in which way this goal should be reached. Anti-terrorist operation serves two main purposes – to neutralize terrorists and to guarantee civilian population’s security to the greatest possible extent. It was the statement people’s deputy of Ukraine, Presidential envoy on peaceful regulation of the conflict in Donetsk and Luhansk regions, Iryna Herashchenko, made during round table «Peaceful plan, ATO or martial law – how to preserve territorial integrity of the country?», which took place in Ukraine Crisis Media Center. «Anti-terrorist operation today gives all the possibilities and levelers to our military men to take the actions necessary for neutralization of terrorists and gunmen. The President did not make a decision on martial law introduction in Luhansk and Donetsk regions, as he took into account opinion of local inhabitants, who are apprehensive about the talks on the prospects of martial law introduction.

People’s deputy Oles Doniy appealed to the Presidential envoy’s opinion on martial law introduction. He is convinced that such rule of thumb will help bring the conflict in eastern regions of Ukraine to conclusion faster. «Martial law does have some advantages, one of them being military administrations which would be able to dismiss local official in case they sabotage or cooperate with terrorists», – the member of parliament reasoned.

Military expert Viktor Paliy supported the politician and believed that now there is every ground to introduce martial law in Donbas: «We have to call it like it is. What is happening now in the east of Ukraine stopped being a fight against terrorists long time ago. As of today we have all the grounds to introduce martial law. Nevertheless, for this purpose we must evaluate our powers. Now joint command is important. One general Vasyl Krutov will not be able to handle everything».

«It is not about an internal Ukrainian conflict, there is a full-scale war on. Now it is necessary to approve the procedure for military actions in Donbas on legislative level», – says a diplomat, head of “Maidan of Foreign Affairs” Bohdan Yaremenko. Both Ukrainian government and European Union are to set foot down. «EU statements on their concern have no impact whatsoever on the conflict settlement», – emphasizes the  diplomat. At present security services headed by the Security Service of Ukraine are handling the anti-terrorist operation, but they lack resources to conduct full-scale offensive operation. Resources of Security Service of Ukraine are several times smaller than those of the Armed Forces of Ukraine. «We must delegate powers to the command of the Armed Forces of Ukraine. They possess sufficient resources to integrally protect our territory, involve the army, border guards and other subdivisions», – stated Mr. Yaremenko.