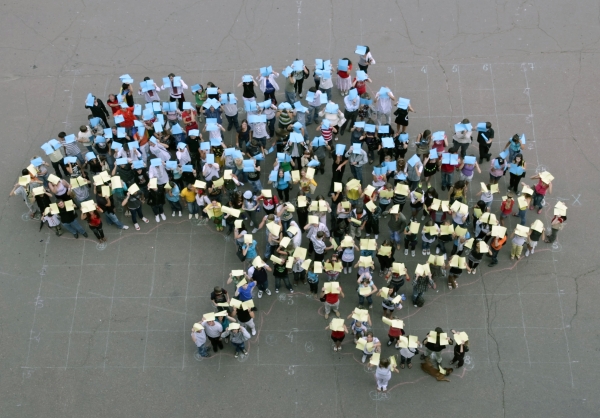 92% of citizens of Ukraine consider themselves ethnic Ukrainians, according to the Razumkov Center survey. 6% of the respondents consider themselves ethnic Russians, 1.5% account for other ethnic groups. It has been the highest recorded rate concerning Ukrainian self-determination since Ukraine gained independence. Russian annexation of Crimea and aggression in Donbas accelerated the self- identification process, say sociologists.

Deputy Director General of the Razumkov Center Yurii Yakymenko named the reasons for the leap: the number of ethnic Russians reduced after the Crimean annexation and Donbas occupation, and besides Russian aggression affected people who considered themselves as belonging to two nationalities, now they consider themselves Ukrainians.

The Ukrainian identity factor is associated with more frequent use of Ukrainian, said Yurii Yakymenko. Among ethnic Ukrainians 73% consider Ukrainian their native language and 18% both Ukrainian and Russian equally.

Restoration of the USSR

The survey was conducted by the Razumkov Center on March 3-9, 2017. It included 2,016 respondents in all regions of Ukraine except occupied territories.