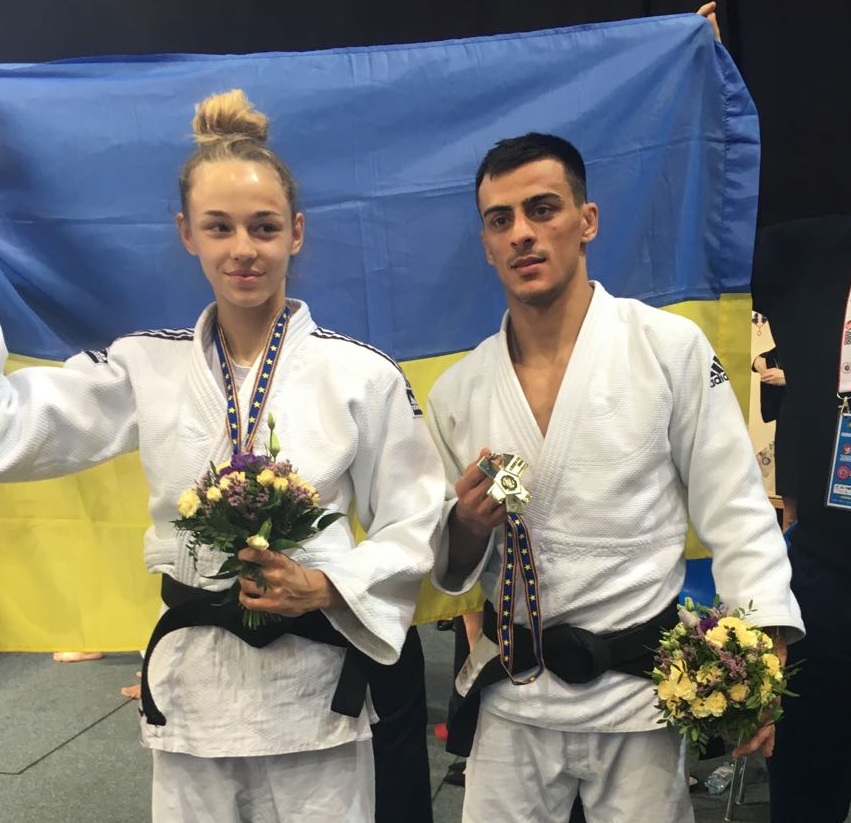 16-year-old Ukrainian judoka Daria Bilodid sensationally defeated the two-time European champion among the Cadets and the world champion (up to 17 years) Irina Dolgova from Russia, and won the gold of 2017 European Judo Championships in Warszaw in category under 48 kg. To become second youngest European champion ever she passed numbers one and two of the ranking list.
On the way to the finals, Daria defeated the more experienced Maria Persidskaya (Russia), Milica Nikolić (Serbia) and Eva Csernoviczky (Hungary).
Moreover, Georgii Zantaraia won another gold among men under 66 kg, defeating Patryk Wawrzyczek from Poland, Matteo Medves from Italy and Dmitry Minkov from Belarus.
Congratulations to the winners and glory to Ukraine!