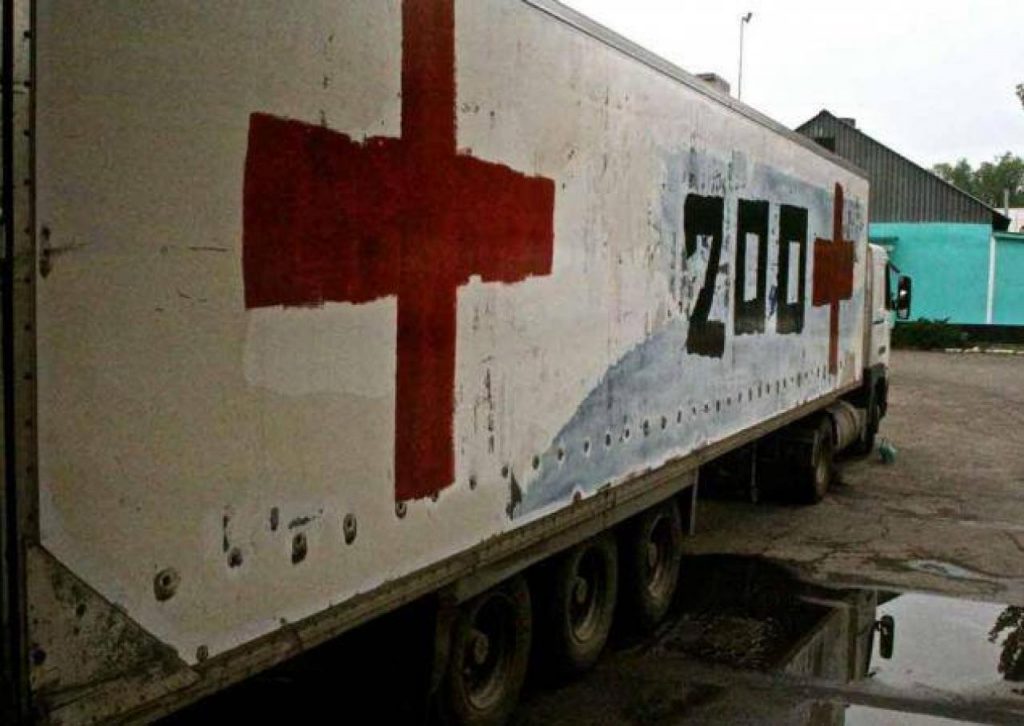 In February this year, the Russians were scared by the Russian Defense Ministry’s report: the agency planned to purchase 50,000 flags for covering coffins. The announcement was posted on the website of the unified procurement system. The procurement procedure did not take place as the application of a sole supplier was found not to meet the requirements.

Despite this, the question to the Defense Ministry remained: who the Russian military were going to bury in such quantities? There was no answer.

There is another question lacking clear answer: how many Russian citizens have already died in three years of war with Ukraine?

Counting the dead: from tens and hundreds to tens of thousands

2,652 Ukrainian servicemen were killed in three years of the war. This is the official calculation of our losses. They include military servicemen and members of the National Guard, the Security Service, the Ministry of Internal Affairs, and border guards.

To get this information, journalists do not have to do a tremendous job. It is enough to attend any of the daily briefings of the Ukrainian Defense Ministry spokesperson [like this one – UCMC].

In Russia, everything is different. There are no official data on the Russians who died in Ukraine. This information is the subject of study for individual activists, human rights activists and journalists.

One of the most famous projects for calculating military losses of the Russian Federation is “Cargo 200 from Ukraine to Russia”.  Volunteers of the project have been trying to compile a list of names of the deceased under the direction of Elena Vasilieva since the summer of 2014.

“In August-September 2014, I had good contacts in the Donetsk and Luhansk morgues,” says Vasilieva. “They sent me information even with documents. Our extras were engaged primarily in calculating, as it was impossible to identify by names. “

As of May 1, 2017, the “List of Vasilieva” included 3,298 people. These are both servicemen, and the so-called “volunteers”-mercenaries. The list of losses is divided into six sections:

Only one section – the first one – contains complete information on every Russian citizen killed in action in Ukraine. Data on fatalities can be transferred here from other sections in the process of searching for additional information.

“The names come out after a while,” Vasilieva explains. “For example, there is a call sign and the date of death. A few months later, a message comes: his name and surname are so and so, or ‘he’s from this Russian city.’ So, we add little by little, and then we have complete information.”

Volunteers of the project search information in open sources. These are media materials and messages on social media.

But not all deaths and funerals are mentioned in open sources.

“The military confirm that the names of only one in ten of those killed in action are usually known” Vasilieva says. “We kept count until mid-2015, and then stopped. It became awfully difficult to determine: Russian or separatist. They are without any documents, disguised. They often write “the deceased is from Horlivka / Makiivka”. You start to dig up, and he turns to be from Murmansk region, or Khabarovsk territory.”

In the fall of 2014, there was a split among the project participants. Some volunteers went to another group – Gruz-200. The coordinator of this group Oksana Gorelova explained that Vasilieva and she had stopped working because unverified candidates were entered in the list of those killed in action.

Since late November 2014, Gorelova’s group kept a parallel count. She believes that to estimate the total Russian losses in Ukraine, the number of confirmed deaths must be multiplied by 10.

“Our list has comprised 500 names over two years. That is, there could actually be 5,000 dead,” Gorelova estimates.

The activist explains why they have chosen coefficient 10 for calculating the real number of fatalities. Volunteers received information about entire groups and units of Russian military or mercenaries who were killed in action. And they were able to identify only part of them.

“In many cases only one dead person from the unit was identified. However, it does not mean that the unit survived. Just information about only one person was posted on social media. We also had problems with the search for information about deceased personnel from non-Russian-speaking regions of Russia. I know that very many people from Chechnya, Dagestan, Tatarstan and Bashkiria have died there. But such information is scarce, because not all relatives of the dead military post in Russian “In loving memory” on social media. So, we lose a significant percentage of those killed in action (KIAs), notes Gorelova.

Committee of Soldiers’ Mothers: There is no information on the number of deaths

The responsible secretary of the Union of Committees of Soldiers’ Mothers, Valentina Melnikova, noted that during the war in Chechnya relatives of Russian soldiers massively appealed to human rights activists.

However, in the situation with the aggression against Ukraine they do not appeal to them.

The reason for this can be found in the actions of the authorities. They are using the stick and the carrot method. The official death compensation payment is up to 5 million rubles (about $88,000 at the exchange rate). In addition, the FSB officers conduct “talks” with relatives to prevent them from disseminating information about fatalities in Ukraine.

The losses of Russians and Ukrainians are comparable

The only nationwide television channel that spoke openly about the deaths of Russians in Ukraine was “Dozhd”.

In the summer and autumn of 2014, the journalists of “Dozhd” tried to create their own database of killed in actions. So, they asked people to send information about the dead, missing persons, and captured soldiers. All in all, they managed to collect data on 17 KIAs.

The author talked with the journalists who in 2014 dealt with this topic on “Dozhd”. Now they are working on the TV channel “Current time” in Prague. They recollect that they received not so many letters about the dead Russian servicemen. Instead, they conducted their own journalistic investigations.

“We do not know direct data on losses, but we know indirect data,” journalist Timur Olevsky says. – There are army losses: servicemen and contract soldiers. There are losses of mercenaries. There are losses among the inhabitants of the region. Losses of the parties were approximately comparable. It is impossible to make a mistake by an order of magnitude. If we know how many Ukrainian soldiers have been killed, we also know approximately how many dead Russian soldiers were there.

“Half of those killed in action on the DPR/LPR side are Russians, – says Mikhailov. – How many people has the Ukrainian army lost? Two thousand or more. Most likely, the same is true for the Russian army. Therefore, we can say that at least a thousand Russians killed in warfare in Ukraine.

According to Mikhailov, the counting of Russians killed in Ukraine should be based on proven data. Among the reliable information sources he mentions Bellingcat, InformNapalm, some bloggers, among which “askai707” is singled out.

Bellingcat materials  do not contain information on the calculation of losses in Ukraine.

At the same time, he specified:

“The list is not complete. Some dates and belonging to units require clarification … Not all names of those killed in action were revealed by open sources. Perhaps some of those mentioned were missed.”