Militants shelled Krasnohorivka with heavy armor in the morning today, damaging seven residential buildings, a school and a hospital, reported Ukrainian Ministry of Defense spokesman on ATO Colonel Oleksandr Motuzyanyk at a press briefing at Ukraine Crisis Media Center. “There were several fires, but they were successfully extinguished. According to preliminary information, eight Krasnohorivka inhabitants were wounded,” he said. 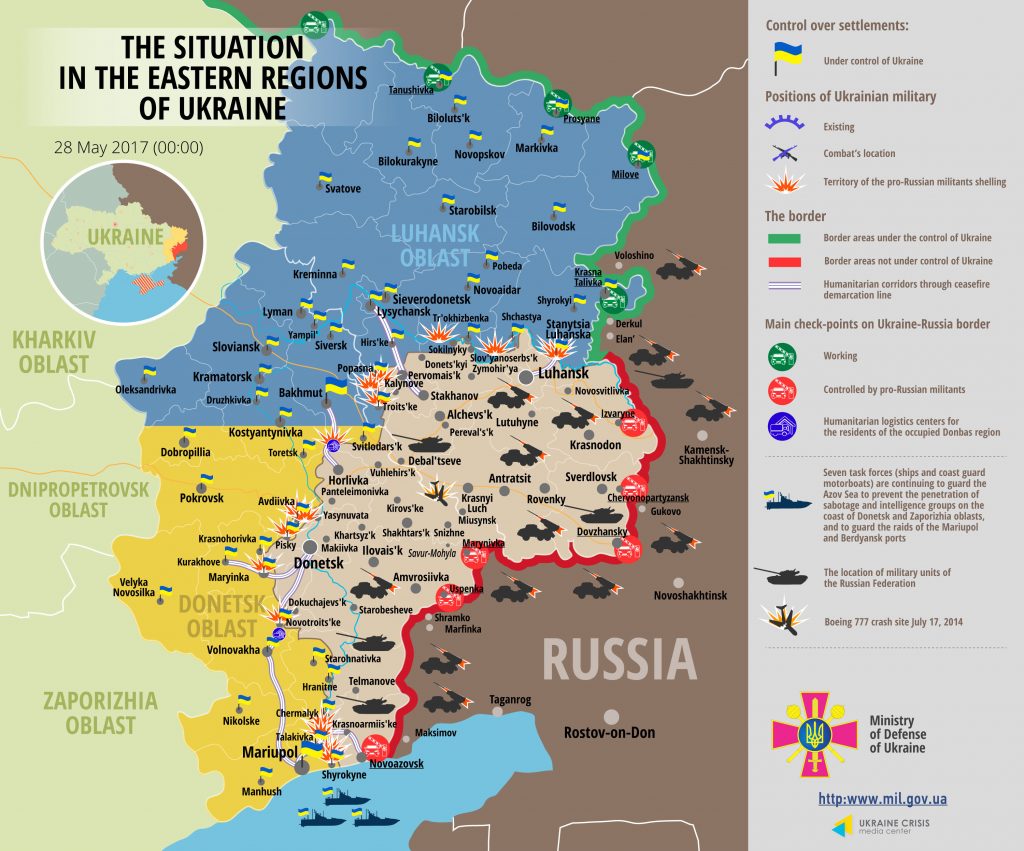 Report on the military developments as of May 27 is available here. Interactive data on the shelling: chronology shelling chart and the interactive map.