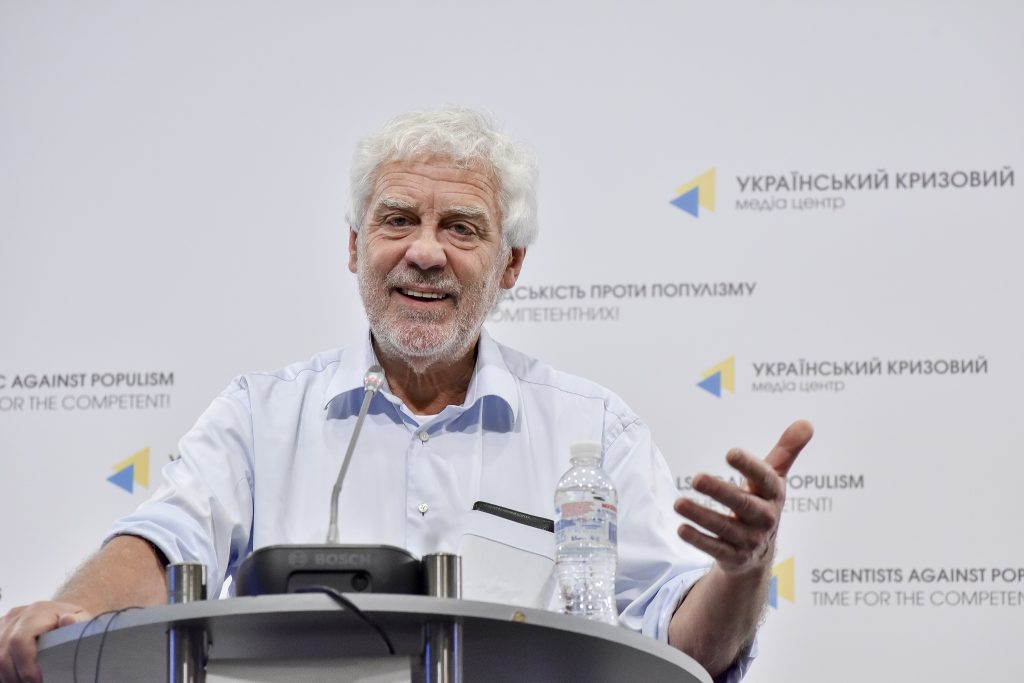 Sybe Schaap is a Dutch politician, MP of the Liberal Party of the Netherlands, chairman of the Water Committee of the Netherlands. He is also a philosopher, researcher of the problems of totalitarian and post-totalitarian societies. On the eve of the Senate of the Netherlands vote on the ratification of the Association Agreement between Ukraine and the EU UCMC had an interview with Mr. Schaap regarding the benefits of the EU-Ukraine Association Agreement and threats of growing populism in Europe and Ukraine, as well as the economic potential of Ukraine.

Advantages of the EU-Ukraine Association Agreement for Europe

The coming voting is just a final touch for the story. Last week’s debates have demonstrated that the vast majority of the Senate are pro-treaty, our Government is pro-treaty as well. The Dutch people will also be pro-treaty when they understand what opportunities it brings. We are already the third biggest investor in Ukraine, even without the treaty, and there will be more. You have to improve your state, change it into a constitutional state with the rule of law and a stable democracy. It will be a happy time to invest in Ukraine. Ukraine’s geographical situation, it’s exit to the Black Sea makes it an open door for shipping and trade. So much could be done here! It will also be an advantage for Europe to integrate Ukraine step-by-step into normality of EU.

Ukraine is a country that could have a very prosperous future if organized in a proper way. There are a lot of prospects for cooperation between Ukraine and not only the Netherlands, but the whole EU. You have the potential to be an important partner for Europe.

What is populism and where it comes from in Europe

You know, “populism” comes from the Latin “populus”, which means “people”. So, populists always say: “We are the people! And we have to be protected as the people! And we have to protect the traditions we have as the people!”. But it is a very misleading word, “the people”, because when you say “we”, you immediately imply “they”, the others within limited territory. And so, populism is always splitting the society in more groups, it’s “we” against all the others, whom “we” blame for not being “we”. We had a bad history with the more radical types of populists – the Nazis, the Communists, who immediately started to charge all the people who were not “we” – the Jews, the kulaks. Those people tried to hide themselves, and they feared an open society. It’s always about a closed border, like Donald Trump in the US. The first thing he said was: I will build a wall to protect the US against “them”, the Mexicans. And that is dangerous, because we are open society, we need open borders, we need international relations, open possibilities for people to travel, to exchange, to visit each other’s universities. The economy is open, the science is open, it is an open world. Populists fear that, and that was the argument of the Dutch populists: oh, Ukraine is so far away, they’re criminals, they are corrupted! It was almost like Putin himself was preaching all this.

Populism is very possible in Ukraine, because now you are a free country at last, and you may think: well, it is our country, and we must build it as Ukrainians. But it is not only Ukrainians, you have the Tatars, the Russians, you have everybody, and they all are parts of your society. So, there is a threat that you could think “we have to defend our society against them”. Don’t do that, don’t step into that trap, don’t become a closed society. You need to preserve all people. Left-wing, right-wing – it is okay, as long as there is dialogue. They should exist in a discussion, and not in a splitting mood.

The potential is tremendous, I know it from my experience in agriculture. As a Dutch farmer, when I came here for the first time in 1992 or 1993, and saw your soil, it made me completely mad: like, this is the best soil in the world, here we could grow the best products, like I did in potato growing. But what you need is stability of a state, stability of rule of law. You need to build a representative democracy, a constitutional state. You have to build a state that makes business protected. Not in an economic way – that is competition, and that is ok, – but protected in a way of law, so that you could protect your investment with legal instruments. Investors need a reliable state with a stability, and when you have it, there’ll be an investment feast in Ukraine.