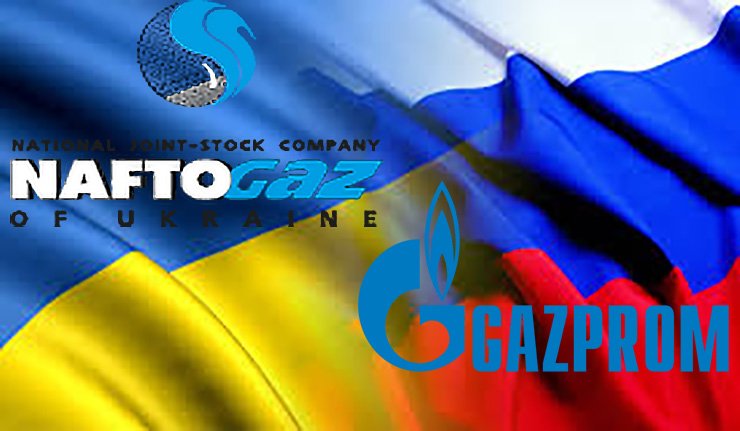 Last week, the Arbitration Institute of the Stockholm Chamber of Commerce issued a preliminary ruling in the case between Gazprom and Naftogaz. Ukrainian leaders have already dubbed the decision a victory of the year, while Russia refuses to recognize their defeat; moreover, they claim that Russia will benefit from this decision. Has Gazprom lost to Naftogaz?

Ukraine Crisis Media Center has collected the most important aspects of this case based on Ukrayinska Pravda  and LB.UA articles.

How did it all begin?

Under the agreement, Ukraine received a high price for Russian gas. The contract obliged Naftogaz to buy 52 billion cubic meters of gas annually by the “take-or-pay” formula. The formula envisioned that the Ukrainian company pays money for the entire volume of gas regardless of whether it consumes 52 billion cubic meters, or does not supply any gas from Russia.

How much Russian gas did Ukraine consume?

The government of former president Viktor Yanukovych signed the scandalous Kharkiv Accords under which Ukraine extended the lease for the Russian Navy in the Crimea from 2017 to 2042. In exchange, it received a 30% discount on Russian gas. But if you compare prices for Europe and Ukraine from 2014, Gazprom determined the price of $485 for Ukraine after the Revolution of Dignity (for Europe -349).

After the revolution of 2014, Vladimir Putin wrote a letter to European leaders, saying that Russia had subsidized Ukraine within the framework of the Kharkiv and other agreements for the previous four years. Putin’s press secretary later explained that it was the issue of about $ 35.4 billion. Russia concurrently demanded that Ukraine purchase gas at prices and in the amounts stipulated in the 2009 contract. 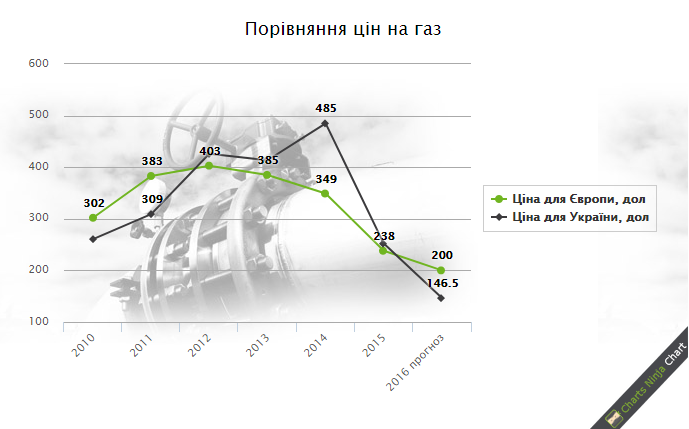 The beginning of Naftogaz litigation against Gazprom

In June 2014 Naftogaz turned to the Arbitration Institute of the Stockholm Chamber of Commerce with a request to review a contract on gas supplies signed by Tymoshenko.

Naftogaz insisted on reviewing the gas price, which was purchased from May 20, 2011 until October 2015. In addition, Naftogaz demanded changes in contract provisions, namely on the amount of gas under a “take or pay” condition. The state holding wanted to qualify for unilateral suspension of supplies and changes in contract provisions related to banning the re-export of gas. Under the case, Naftogaz demands $30.3 billion from Gazprom, including penalties and interest.

In June, Gazprom appealed to the Stockholm Arbitration Tribunal with a request for the recovery of Naftogaz’s debt of $47.1 billion including penalties and interest for the supplied gas.

European experience: This is not the first lawsuit against Gazprom

In 2009, the European Union adopted the Third Energy Package, which was intended to increase competition in the energy market. The new rules provided for separating the extraction and transportation of energy products and for granting access to pipelines and other infrastructures to a third party. The third energy package put an end to Gazprom’s plans to seize the infrastructure of European gas markets.

Prices on the gas exchange markets decreased, whereas higher prices were fixed for European countries in the long-term contracts. Companies of the European countries began to negotiate with Gazprom on the revision of contracts and even secured judgments.

All in all, Gazprom was obliged to revise the contracts with 30 European companies 65 times from 2009 to 2015, according to the study conducted by the leading energy institutes in Russia (see more detailed information in the slides and report [in Russian]). In particular, Gazprom had to make discounts to consumers and reduce “take-or-pay” demands. As of 2015, four lawsuits against Gazprom were filed to international arbitration; eight companies applied for the revision of the contract price.

On May 31, 2017, the Arbitration Institute of the Stockholm Chamber of Commerce rendered its separate decision in the Gas Sales Arbitration between Naftogaz and Gazprom.

According to the official reports of representatives of Naftogaz and the Ministry of Foreign Affairs, the arbitration decision touched upon three key issues.

First, the Arbitral Tribunal rejected Gazprom’s “take-or-pay” demands. This contract term provides that the buyer must pay for a certain gas amount no matter how much gas was actually purchased during the period in question (52 billion cubic meters).

Second, the Tribunal satisfied the demand of the Ukrainian state holding for price revision in gas supply contracts with Gazprom taking into account market conditions in the European gas trading hubs. According to the Arbitration Tribunal decision, the gas price formula from 2014 was revised. However, Naftogaz asked to review the price of gas purchased from May 20, 2011 to October 2015. Thus, the gas price in 2011-2013 may end up not revised.

However, the chance that Gazprom compensates for the higher price difference is small.

Third, the Tribunal also satisfied the demand of the Ukrainian Party for lifting the Gazprom’s ban on gas re-export. In early March, Gazprom undertook to remove all barriers to free gas transportation in Central and Eastern Europe. In particular, Gazprom has promised to remove all direct and indirect contractual restrictions that prevent its customers from reselling gas abroad or make this less economically attractive.

This is only an interim decision. Why so much fuss then?

Russian Gazprom considers the provisional award of the Stockholm Arbitration Court on the gas supply contract  with Naftogaz of Ukraine positive, stated Deputy Chairman of the Board of Directors of the company Aleksandr Medvedev. He also denied the statement of the Ukrainian side that the court had rejected the “take-or-pay” term in the contract.

According to Ukrainian experts the final decision, which will be rendered to the parties to the dispute in June, will not contain any major changes.

Under the gas contracts signed between Gazprom and Naftogaz, the award of the Stockholm arbitration is final and not subject to appeal.