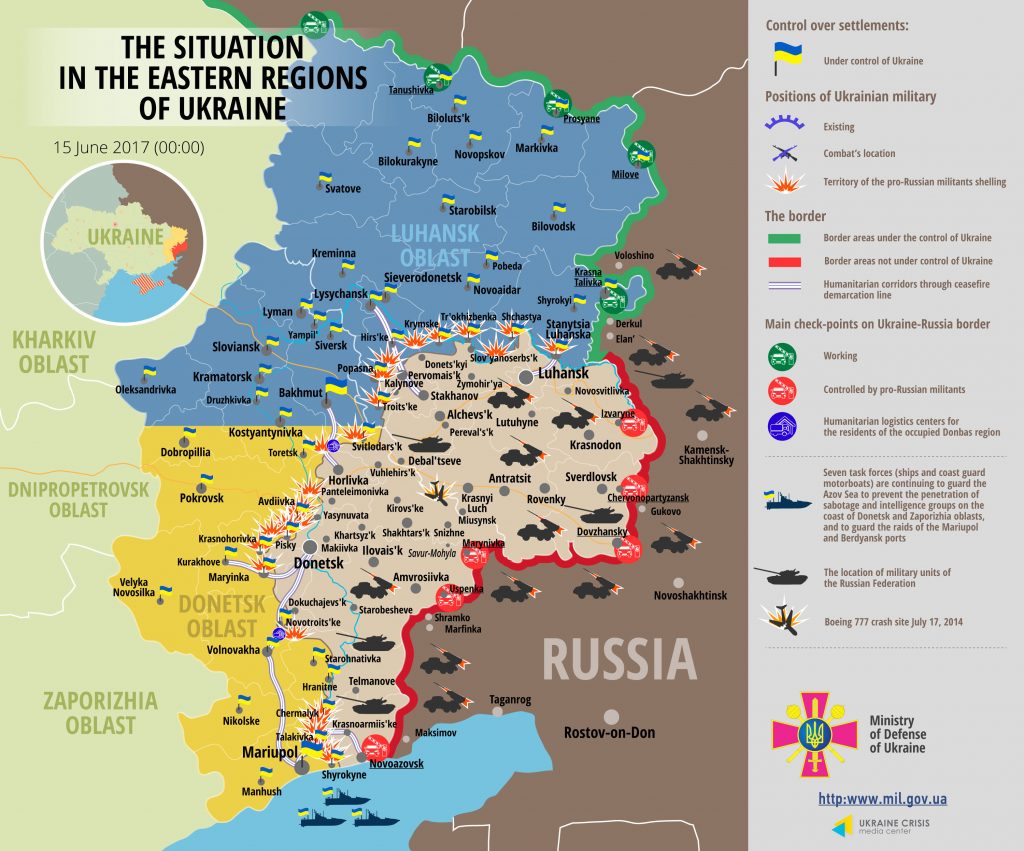 At 22:45 militants attacked the village of Sukha Balka with 152-mm artillery, killing a local resident. “The attack caught the man near the house, he was unable to take cover. He died on the spot. In addition, shells damaged two houses and completely destroyed another one. Also, Russian proxies violated the ceasefire in Mayorsk and Verkhniotoretske,” added Col. Motuzyanyk. Overall, militants carried out 13 attacks in Donetsk sector yesterday.

In Mariupol sector hostilities were concentrated in Pavlopil–Shyrokyne frontline. Militants used heavy weapons in Krasnohorivka, Mykolaivka and Chermalyk, firing over 30 mortar and artillery rounds. “The most intense attacks took place in the daytime. Overall, militants carried out 23 attacks in Mariupol sector,” concluded the spokesperson.

No Ukrainian serviceman was killed yesterday, but three were wounded in action.

Report on the military developments as of June 14 is available here. Interactive data on the shelling: chronology shelling chart and the interactive map.