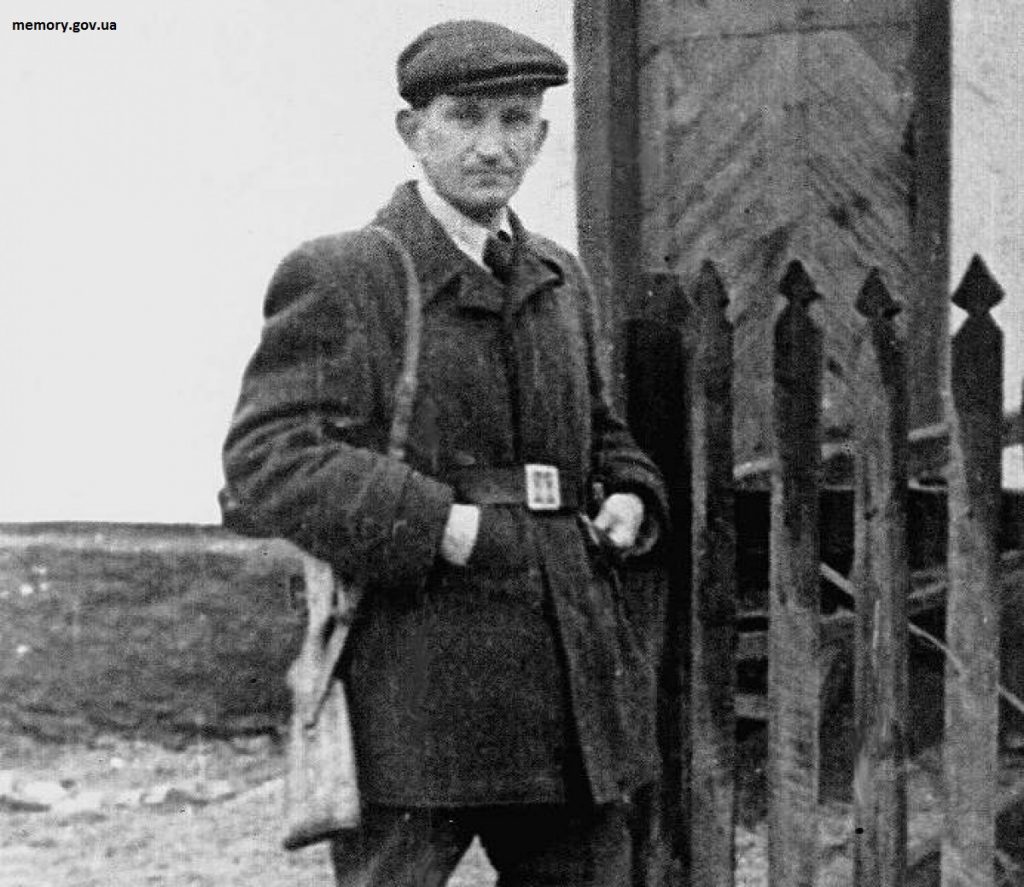 Chief commander of the Ukrainian Insurgent Army (UPA) Roman Shukhevych was not related to SS units in any way. There is no evidence for his alleged decorations by the Wehrmacht or the Third Reich. UCMC publishes a translated short version of the Ukrainian-language article by Novoe Vremya. The author of the original text is Olesya Isaiuk of the Center for Research of the Ukrainian Resistance Movement.

Chief commander of UPA Roman Shukhevych had a military rank of an SS-Hauptsturmführer and was decorated by Hitler with one or even two Iron Crosses (German military award) for taking part in the massacre of civilians.

Long before the outbreak of the World War Ukrainian nationalists saw a new global war as a possibility to fight for Ukraine’s independence. Ukrainians required allies to create own military units. However, the list of such allies was very limited as the activities of these military units were directed against the countries that were in control of the divided Ukrainian territory between the world wars.

The Organization of Ukrainian Nationalists (OUN) realized that it would be possible to get independence only with the help of the army. Meanwhile, the army required not only brave soldiers but also professional officers and modern weapons. It was only the state that could provide it. Thus, an ally was required that would help train and supply the core of the future army. Germany was considered to be quite an acceptable option as they had a common adversary – the Soviet Union.

Nachtigall and Roland battalions resulted from the agreement between OUN and the German military intelligence (Abwehr), they were seen by Ukrainian nationalists as a core for the future independent armed forces. They were not related to the SS structure and were operationally subordinate to Wehrmacht.

It was crystal clear for OUN(b) that they were negotiating with a totalitarian state following its own interests. In order not to become an instrument in their hands, the leaders of OUN(b) put forward their conditions: future battalions would have to rest under their political guidance, while being subordinated to the German command in terms of military tactics and training. Ukrainian fighters were not swearing loyalty to Germany. OUN(b) also preserved the right to grant military ranks to the fighters and to define the unit’s internal structure. Both battalions were trained to fight on the Eastern front and could not be used against the Western allies under any circumstances. OUN negotiated the right to have military chaplains in the two battalions or Druzhyna (company) of Ukrainian nationalists (DUN) as they were calling the units. The chaplains thus provided spiritual guidance for the Ukrainian soldiers. At the same time, there was no Nazi propaganda inside the DUN units.

In spring 1941 Roland and Nachtigall were trained in military camps Neuhammer and Seibersdorf (in Poland and Austria respectively). From the very first hours of the Soviet-German war on June 22, 1941 Nachtigall was taking part in combat actions. Roland commander from the Ukrainian side was major Yevhen Pobihushchyi, Nachtigall commander was commander of the sotnya military unit Roman Shukhevych.

On June 30, 1941, Nachtigall reached Lviv. All the battalion’s soldiers were given week-long leaves, while the commander took to other tasks. At the same time, a group of OUN(b) members headed by commander Yaroslav Stetsko reached Lviv, where they were supposed to proclaim the restored Ukrainian state. The event took place in the evening on the same day – on June 30, 1941.

In August 1941 the soldiers learned about the arrest of the government headed by Yaroslav Stetsko (the Ukrainian government or Ukrayinske derzhavne pravlinnya), in which Roman Shukhevych took the post of the deputy defense minister. Fighters of the Nachtigall battalion put forward a demand to liberate Ukrainian state actors. On August 13 rebellious battalions were removed from the front and sent to the rear – in Neuhammer.

They issued a written memorandum from Neuhammer calling to liberate the arrested OUN(b) members and members of the Ukrainian government as well as to return the battalion back to the Eastern front. The demands were not accomplished and the battalions themselves got dissolved.

In autumn 1941 both battalions were reorganized into one unit – 201st battalion that was contract-based. After additional training, the battalion was sent to Belarus to secure the roads. Nevertheless, local occupation authorities in Belarus tried to talk Shukhevych to participation in the collection of food from the rural population, yet they got a firm refusal.

On December 1, 1942, the contract expired, and battalion members refused to swear loyalty to Adolf Hitler. The battalion was taken to Lviv where the officers got arrested. Roman Shukhevych succeeded to escape and in November 1943 he became UPA commander.

Roman Shukhevych did not serve in any of the SS units. Nachtigall battalion was subordinated to the Wehrmacht command. Nachtigall was not mentioned in the war crimes considered at the Nuremberg trials.

The story saying that Shukhevych allegedly received an Iron Cross from Hitler is fiction. It was spread in 2007 by the leader of the Communist Party of Ukraine Petro Symonenko during a parliamentary session. In fact, on the list of those who received the Iron Cross award, there were Ukrainians (mostly from the SS Halychyna division) however Roman Shukhevych was not among them. In 2010 the court made Symonenko disprove the false information. Nevertheless, the myth on Shukhevych’s Iron Crosses is still being actively used.

What actually happened is Shukhevych was awarded crosses not by Hitler but by the clandestine parliament – Ukrainian Supreme Liberation Council (Ukrainska holovna vyzvolna rada). These were Ukrainian not German awards: the 1st class Golden Cross for combat achievements and the 1st class Golden Cross for achievements that was awarded posthumously to the UPA commander in 1950.