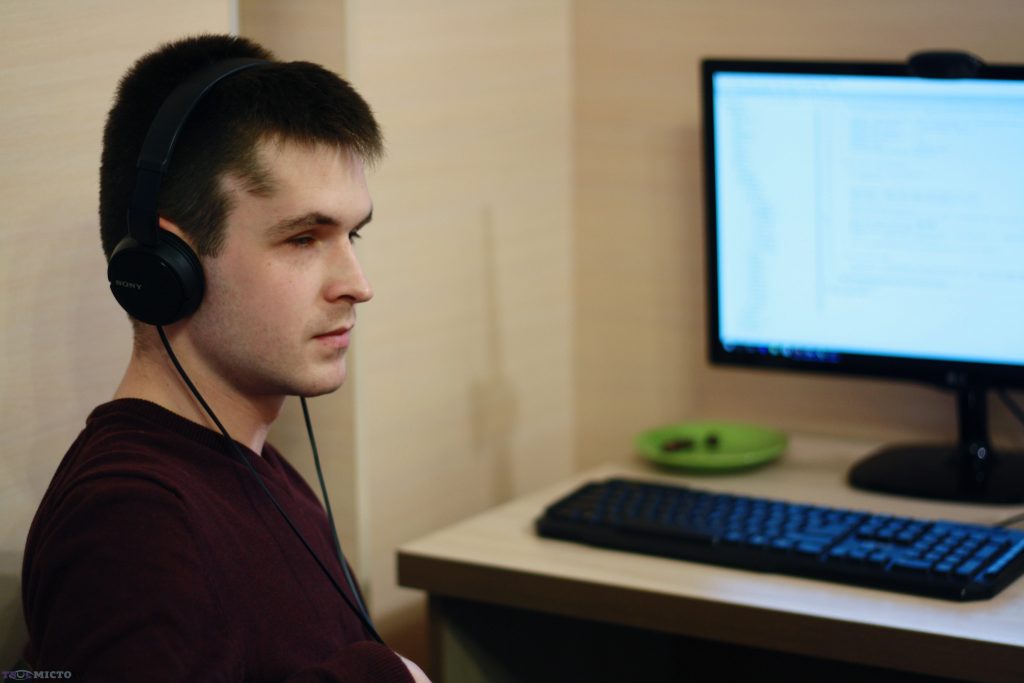 Resident of Lviv Denys Reveha lost his eyesight when he was two. He is now 26. He is married, has a daughter and a job that he loves – in an IT company. “I leave them together, they go for a walk. Denys carries her on his shoulders, helps her ride a scooter. He is behaving as a normal person, tries to cope on his own and not to show that he can’t see,” says Inna, Denys’s wife.

When Denys was 10, he got computer as a present. He created his first web site at 14. After graduation Denys worked as a freelancer. But soon he realized that he wants to go to work every day, as everyone does. “I was trying to achieve it and I did it. I work and feel no discomfort. Sure, sometimes miscalculations happen, but that’s the way it is.”

Denys does back-end programming, he writes codes alongside the programmers with regular eyesight. “At first we were alert, but during the job interview he was very confident,” says Oleksandr, Denys’s team leader. “He demonstrated better results than many others did, and we decided to give it a try. He is attentive, he always does what’s needed, looks up additional tasks. Employers do not want to risk, especially those in the big companies. Moreover many people with disability are not confident in themselves. Denys on the contrary is very confident and does not differ from us at all,” Oleksandr continues.

Work in the IT company makes it possible for Denys to be one step ahead of other non-sighted persons. He uses various applications that have been designed to make life better for the persons having the needs similar to his. “There is a program that turns the text into an audio speech. I also use the program that recognizes the money as well as regular Google Maps. It would be much easier for me if people perceived me in a normal way without turning it into some sort of a tragedy. Despite the disability or limitations that one might have, the person has to want to achieve something, not to be sitting at home as a plant,” concluded Denys.