Luhansk sector was the area of most intense hostilities in the East of Ukraine yesterday. Militants attacked 10 times there, using mortars in five incidents. “Most intense mortar attacks happened yesterday night in Shchastia and Troitske, where occupants fired 29 and 86 rounds correspondingly in one hour. Namely, it happened between 19:30 and 20:30 in Shchastia and between 20:30 and 21:30 in Troitske. In Zhovte the enemy violated the ceasefire twice, using mortar during the second attack. The remaining armed incidents occurred in Popasna district, all of them in the evening,” informed Ukrainian Ministry of Defense spokesman on ATO related issues, Colonel Andriy Lysenko at a press briefing at Ukraine Crisis Media Center. 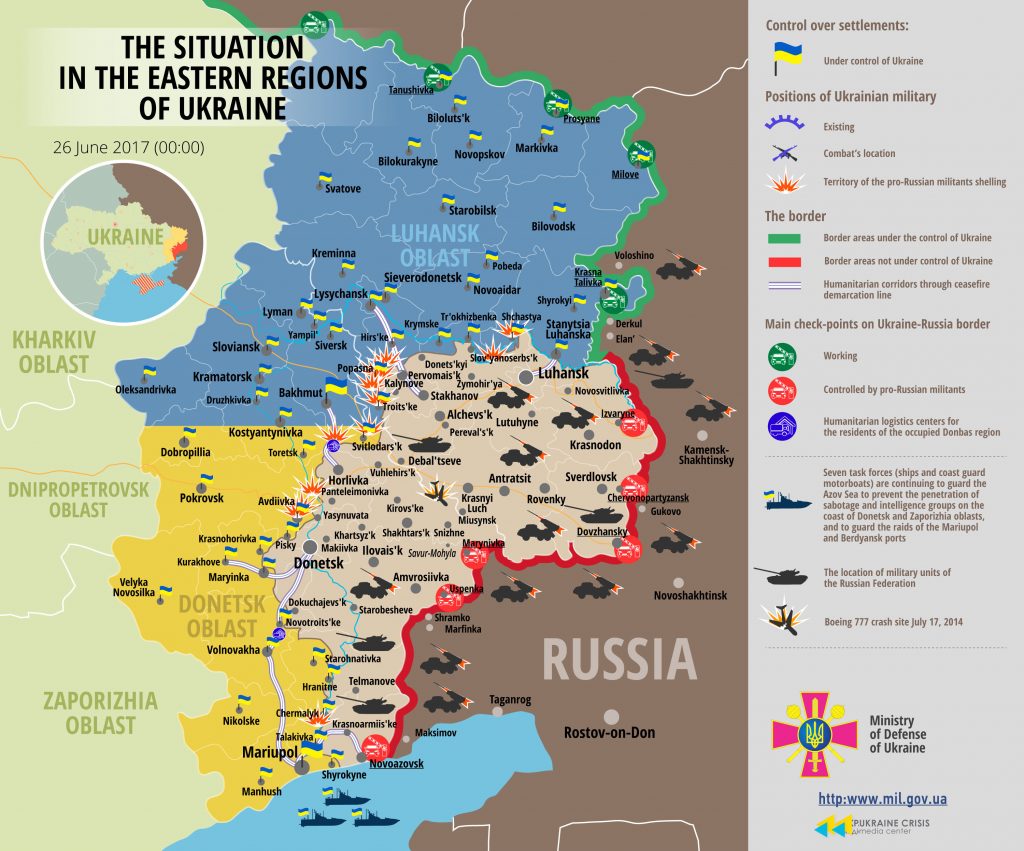 In Mariupol sector militants violated the ceasefire only once in Pavlopil. The attack happened just after midnight and lasted around 15 minutes.

No Ukrainian serviceman died in action yesterday, but one soldier was wounded. “The incident happened in Avdiivka in a hostile attack. The patient, a young but experienced soldier, is in satisfactory condition,” said Col. Lysenko.

According to the Main Intelligence Directorate of the Ministry of Defense, five militants died and 26 were wounded last week. Moreover, the enemy lost three APCs. “Russian proxies sustained most severe losses in Bakhmut road and in Mariupol sector,” said the spokesman.

Report on the military developments as of June 25 is available here. Interactive data on the shelling: chronology shelling chart and the interactive map.