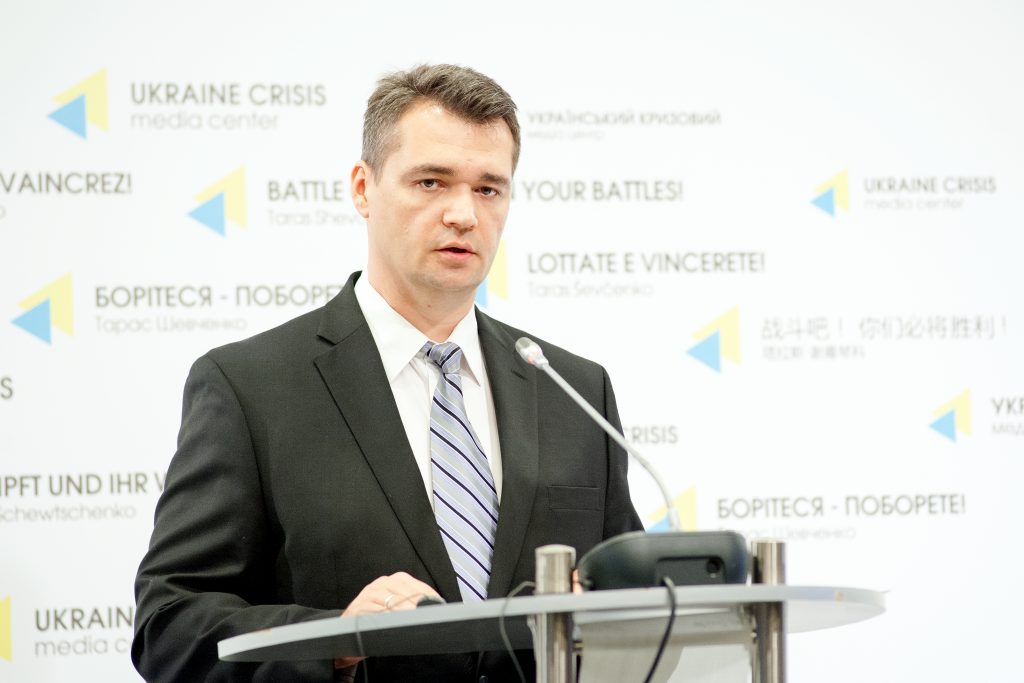 The overall situation at the front line remained rather tense with numerous armed provocations instigated by Russia-backed militants and occasional yet massive shellings of Ukrainian positions. At the same time, last week was marked with a reduction in the number of enemy attacks by one-third (from 59 to 40 cease-fire violations per day), compared to a week earlier. Moreover, enemy shellings were less powerful – on average, daily number of mortar bombs and artillery shells fired at Ukrainian positions decreased by 2.5 times. Another peculiar enemy action recorded over the last week at the front line was the use of projectors and laser devices with the aim of illuminating Ukrainian fortifications in the Luhansk sector and blind Ukrainian military personnel in the Mariupol sector.

The number of ceasefire violations ranged between 48 on June 23 (at the highest point) and 23 (yesterday on June 25 at the lowest). A slight de-escalation in the recent days was due to yet new truce agreed upon in Minsk. The ceasefire regime was introduced starting from June 24 due to the necessity of security guarantees for civilians performing farming operations at the frontline area.

Last week Ukraine received new evidence of Russian aggression against Ukraine. “UAF captured 6 enemy soldiers near the Bakhmut road, Luhansk sector. According to preliminary information, two of them are military medics and four others are infantrymen. Reportedly, three of the detained persons are Russian citizens. One Russian infantryman is a resident of Altai krai, which is located more than 3,000 km away from eastern Ukraine. Documents that stipulate the fact that detainees served within the ranks of Russian occupational troops and prove their Russian origin were transferred to SSU officers for further examination”, stated Vilyen Pidgornyy, Ministry of Defense spokesperson at a press briefing at Ukraine Crisis Media Center. Additionally, during the abovementioned incident, Ukrainian troops eliminated enemy armed group`s commander. Later, it was determined that he had been also a Russian citizen, who came to fight against Ukrainian Army from Kirov city.

Last week, the situation in the sector was the tensest. Russia-equipped militants engaged positions of Ukrainian Armed Forces along the entire front line. The most intense enemy fire was registered in Krymske, where militants opened medium and high intensity mortar fire several times. On June 19, Russian proxies opened mortar fire 4 times, having discharged more than 60 bombs. “On June 23, the invaders engaged positions of Ukrainian army along the front line in the sector with mortars and artillery. The amount of shells and mortar bombs fired by the enemy exceeded 220. On June 25 militants  focused their fire upon Troitske, where they discharged 85 mortar bombs. Another 30 mortar bombs landed near Shchastia the same day”, Mr. Pidgornyy said. Last week, the daily number of cease-fire violations ranged between 10 (on June 25) and 27 (on June 23).

Last week, the situation in the sector was relatively stable. Russia-backed militants used small arms and occasionally opened low intensity mortar fire in the area of Avdiivka. On June 20, enemy fired 30 mortar bombs at Avdiivka. On June 21, militants opened tank fire against Kamianka and Opytne. On June 23, invaders opened mortar fire at Zaitseve. Last week, the daily number of cease-fire violations ranged between 5 (on June 5) and 12 (on June 12).

Last week, three Ukrainian servicemen were killed in action and 13 were wounded in action or suffered traumas. All three fatalities were due to critical wounds received by our troops in booby trap explosions at the front line. Last week, one civilian woman was wounded during combat action. The incident took place in Maryinka on June 22 as a result of mortar shelling.

In addition, 2 buildings were damaged by enemy fire in Maryinka. One of them is a private residence. Last week, Russian proxies damaged 7 segments of power lines near Avdiivka and Yasynuvata district, Donetsk sector. Breakdowns were fixed by Ukrainian emergency services in a timely manner.

Over the week, Ukrainian authorities arranged for access and safe passage through government checkpoints on the contact line of 12 trucks loaded with humanitarian aid for civilians living in the uncontrolled territory of eastern Ukraine. More than 230 tons of food, hygiene products and construction materials were provided by the International Committee of the Red Cross.