Ukrainian Armed Forces sustained no losses yesterday, first of all due to decreased intensity of hostilities in the ATO zone caused by yet another ceasefire, informed Ukrainian Ministry of Defense spokesman on ATO related issues Colonel Oleksandr Motuzyanyk at a press briefing at Ukraine Crisis Media Center. In some frontline areas militants traditionally continue shooting at Ukrainian troops. “More than a half shellings carry signs of intentional attacks,” added Col. Motuzyanyk. 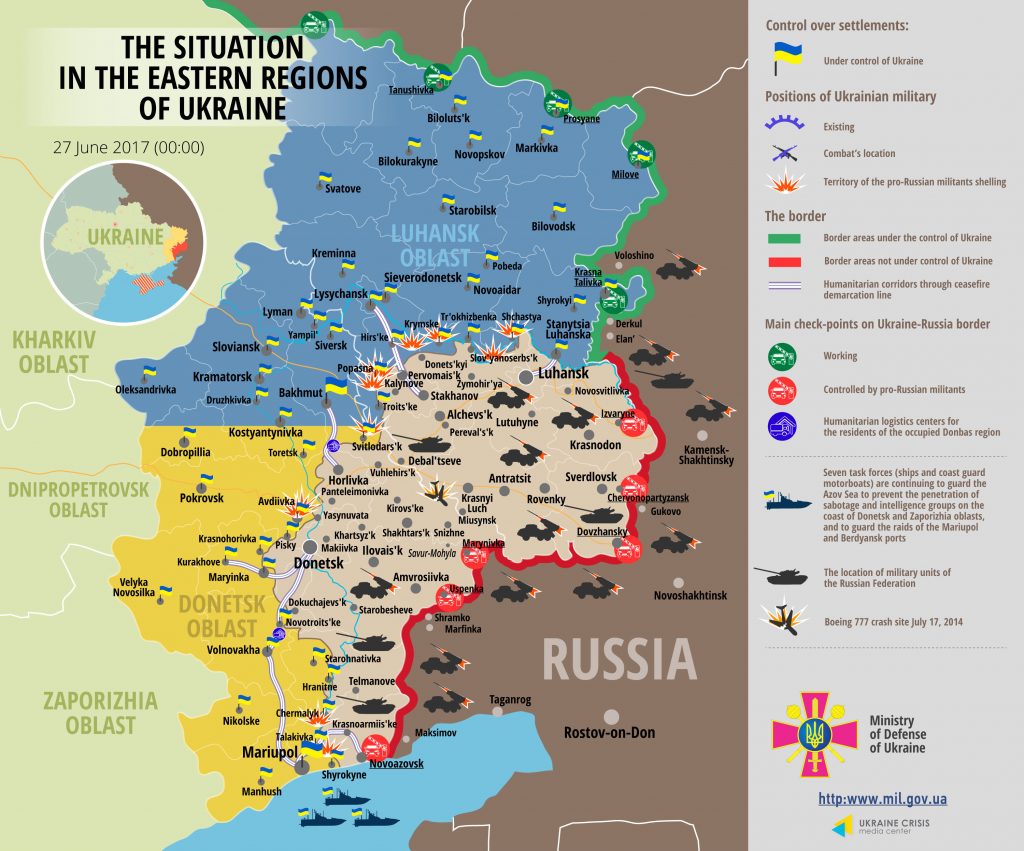 The ceasefire held in Stanytsia Luhanska district in Luhansk sector. Two attacks occurred in the vicinity of Shchastia, both involved mortars. “In the first attack the enemy fired four mortar shells at Zhovte defender after midnight. In the second attack 24 shells were fired near Shchastia after the sunset. Militants committed armed provocations in the vicinity of Bakhmut road and near Popasna. They used sniper weapons and fired one round at Krymske around 22:00,” said Col. Motuzyanyk. In total, militants violated the ceasefire nine times in Luhansk sector yesterday.

In Donetsk sector main hostilities took place in Kamianka-Avdiivka frontline. Militants were active for five hours there during the day, shooting both from light weapons and mortars. According to the General Staff’s estimates, Russian proxies fired over 30 rounds during the day. “Russia-backed militants violated the ceasefire yet another time in Svitlodarsk area, delivering a 30-minute mortar attack at Ukrainian defense lines near Luhanske,” added the spokesman. In total, militants attacked seven times in Donetsk sector yesterday.

The ceasefire held in Mariupol sector, with exception of Pavlopil and Vodiane. “The enemy opened mortar fire in Vodiane after sunset, and fired three mortar shells at our strongholds. In Pavlopil militants were shooting from assault rifles for 30 minutes, provoking ATO troops to respond with fire. Russian proxies violated the ceasefire two times in this sector,” summarized Col. Motuzyanyk.

Report on the military developments as of June 26 is available here. Interactive data on the shelling: chronology shelling chart and the interactive map.