Ukrainian troops found new evidence of Russian aggression in the East of Ukraine near Kamianka in Donetsk sector. Militants were trying to shift the frontline in this area during the weekend. “These were remnants of ammunition, ration packs, medicine and military equipment produced in Russia. These are the loads regularly delivered by the aggressor country to the occupied territory by motor transport and railroad,” informed Ukrainian Ministry of Defense spokesman on ATO Colonel Andriy Lysenko at a press briefing at Ukraine Crisis Media Center. 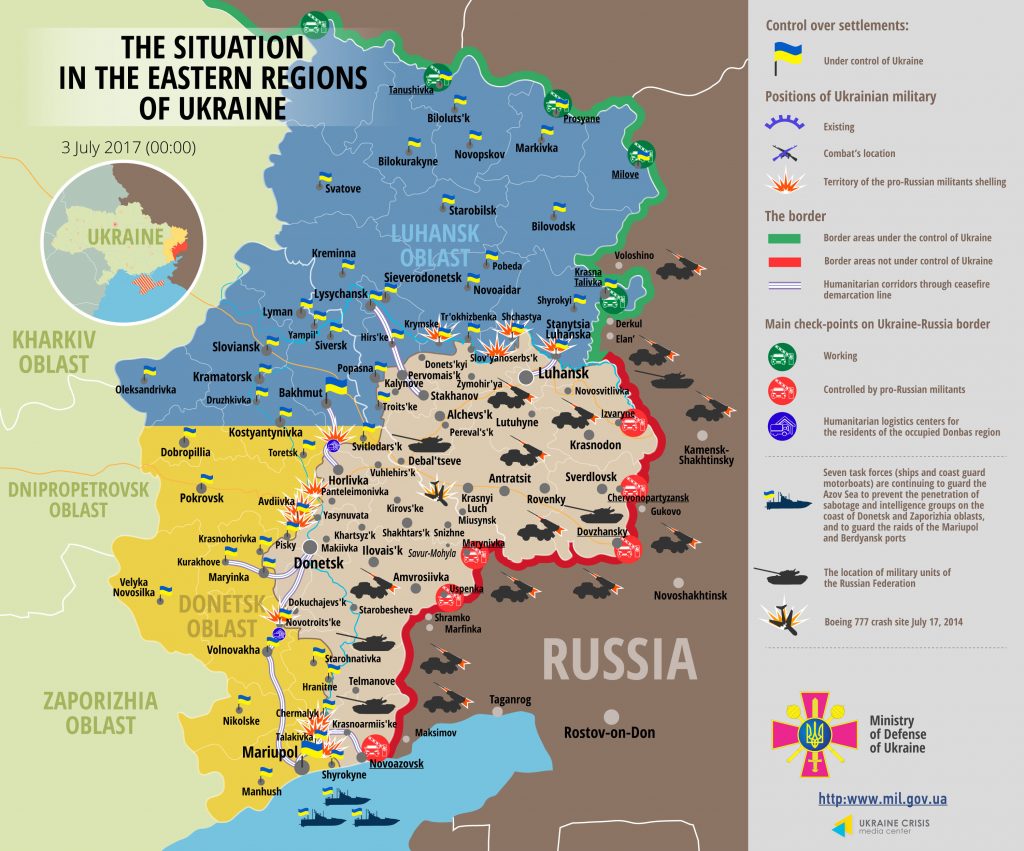 In Donetsk sector hostilities continued along the entire frontline except for Svitlodarsk area and Donetsk airport. “The situation was the tensest in Zaitseve where militants used mortars. In total, the attack continued for over two hours. Moreover, a number of firefights took place near Avdiivka. In addition, Russian proxies used armor in a 40-minute attack in Verkhniotoretske,” said Col. Lysenko.

No Ukrainian serviceman was killed in action yesterday, but two were wounded in militants’ attacks on Zaitseve and Hnutove.

Report on the military developments as of July 2 is available here. Interactive data on the shelling: chronology shelling chart and the interactive map.