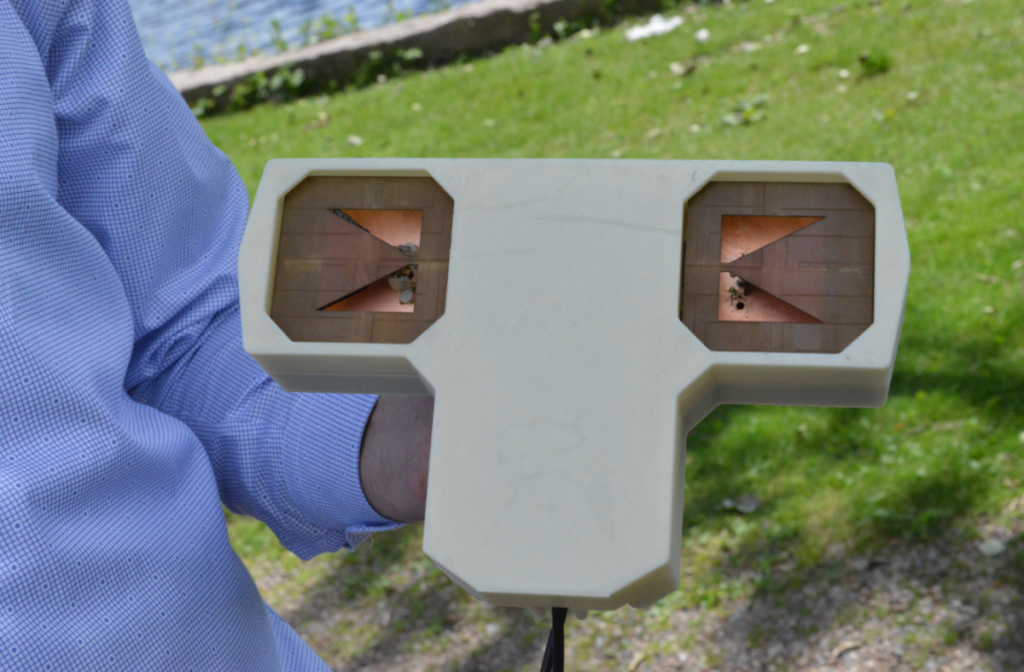 UCMC presents an abridged translation of an article by UNIAN.
Photo: UNIAN

NATO believes that a 3D-detector project, jointly developed by scientists from Ukraine and Norway will help solve the demining problems around the world.

The gadget is based on a chip sized five by five millimeters created by a specific technology. The device is compact enough – it will be handy, light and will work even from batteries. Specialists applied absolutely new signals and special antennas. That is why the receivers of the device are quite sensitive and able to find objects at a depth of up to half a meter. The device will be able to recognize not only metal mines, but also plastic ones. The image of the found item will be displayed on the screen. As it turned out, such characteristics are beyond the reach of any mine detector in the world. Therefore, the developers consider the novelty quite promising, as well as NATO Assistant Secretary General for Emerging Security Challenges Sorin Dukaru who considers the project to be one-of-a-kind.

The program’s Senior Advisor Denise Bethen in Oslo during the NATO Information Day within the framework of the Science for Peace and Security (SPS) program commented: “This project has a real potential in addressing the manual detector problems, which is very important. The technology is really innovative, it is a breakthrough, especially regarding sensitivity, which is very high and allows to find plastic, as well as to provide the image of the explosive device, which is very important. Mines are a problem all over the world, and therefore it will be demanded globally.” Bethen reminded, that there are now manual detectors that also have small screens, but demining action using them takes a lot of time and requires the involvement of a large number of people.

To date, the first stage of the project implementation has been completed, within which the corresponding hardware is manufactured. The second phase of the project will be writing software, which takes 6-8 months. After that, a pilot prototype for field trials will be manufactured.