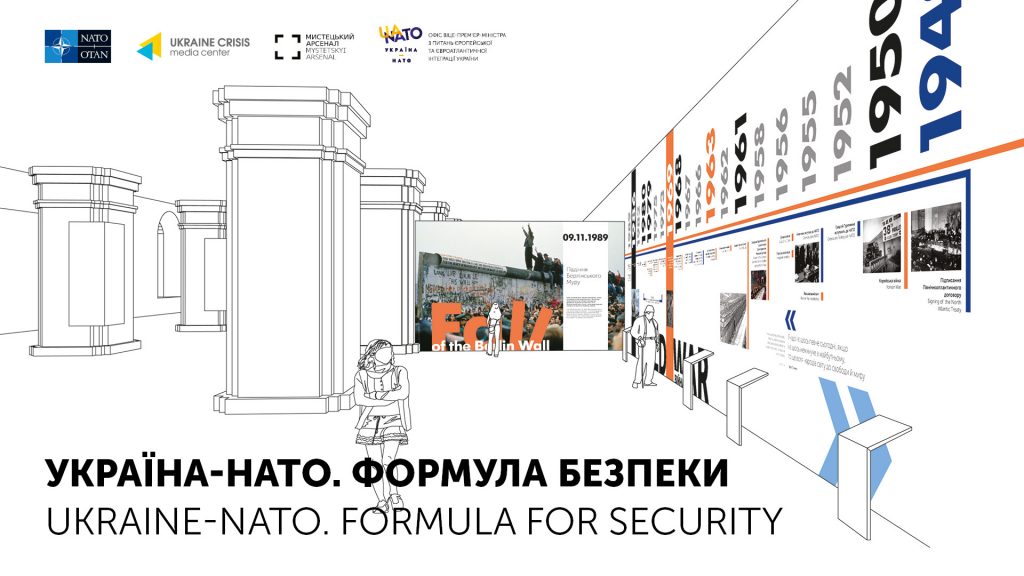 On Monday, 10th of July, The Mystetskyi Arsenal National Cultural-Arts and Museum Complex (10-12 Lavrska str.) will host an opening of an exhibition “Ukraine-NATO. Formula for Security” supported by NATO Information and Documentation Centre in Ukraine.

Vice Prime Minister for European and Euro-Atlantic integration of Ukraine Ivanna Klympush-Tsintsadze, NATO Secretary General Jens Stoltenberg, together with representatives of Administration of the President, the Government, Verkhovna Rada, diplomatic corpus and civil society will take part in the opening.

The exhibition is dedicated to the 20th anniversary of the NATO-Ukraine Charter on a Distinctive Partnership.

“The past twenty years of cooperation are in stark contrast to the period of 1949-1991 when NATO and Ukraine were on opposite sides of the Iron Curtain. However, despite the end of the Cold War and the fall of Berlin Wall, some barriers persist in people’s minds. While Ukrainian perceptions of NATO have changed significantly, big differences remain. Some still see the Alliance as an “aggressive military bloc”, others think it can be “a panacea for all the problems of Ukraine.” Neither extremes are accurate.

Though stereotypes about NATO are sometimes nourished by false information and lack of information is equally important. This anniversary provides an opportunity to look back, learn more, provide insights into the path taken and decide how to move forward. The Alliance has changed significantly since its foundation in 1949, and so has Ukraine for the years of its independence. This exhibition highlights the key events that shaped these changes.”

The exhibition will be open for attendance from 11th until 30th of July.