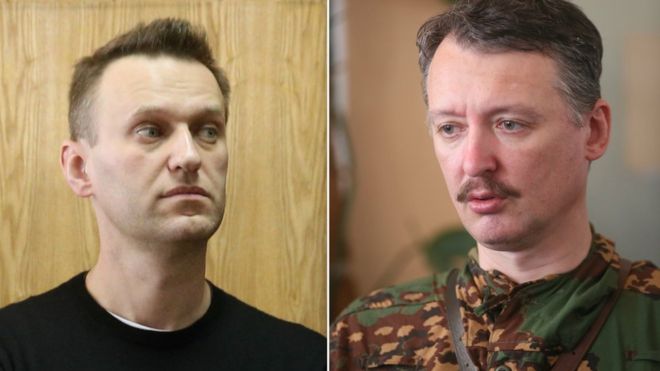 This article is based on the article published on Radio Liberty website.

Oppositionist Alexei Navalny has agreed to participate in a public debate with Igor Strelkov (Girkin), former commander of pro-Russian separatists in Donbas, leader of the nationalist movement “Novorossiya”, who is accused of numerous war crimes in Donbas, including the catastrophe of the Malaysian MH17 Boeing. The opposition politician informed about this on his website.

According to him, Strelkov wants to prove that Navalny is neither a patriot, nor a nationalist, nor even an oppositionist. During the debate, he plans to discuss with Navalny such issues as the fight against corruption, Russia’s relations with Western partners and the oppositionist’s opinion of the fate of Donbas and Crimea.

Navalny, in his turn, said that he wants to prove that his presidential campaign should also appeal to self-designated Russian patriots, like the people Strelkov represents.

The date and format of the debate will be determined by the parties in the nearest future. [It is already known – July 20 – UCMC]. Navalny said that he will choose the venue, and added that his team had long wanted to launch a project with the debates on the channel “Navalny.live”. Strelkov’s team will be given the opportunity to shoot and broadcast the debate, the oppositionist stressed.

Igor Strelkov (real name – Girkin) is an officer of the Main Intelligence Directorate of Russia. In the spring of 2014, he led the units of separatists in Slavyansk and Kramatorsk. After that, he was appointed “Minister of Defense” of the self-proclaimed “DPR” and held this post during the crash of the Malaysian Boeing over Donbas. In August 2014, he left Donbas for Russia, where he headed the movement “Novorossiya”.

Girkin is accused of numerous war crimes and crimes against humanity. In particular, he is implicated in the brutal murder of Vladimir Rybak, deputy of Horlivka City Council and Yurii Popravka, a student from Kyiv, participant of the Donbas Maidan. Igor Girkin was the first to write about the catastrophe of the Malaysian aircraft, having misidentified it with the Ukrainian military aircraft: “In the vicinity of Torez, we just downed a plane, an AN-26. It is lying somewhere near the Progress mine. We have issued warnings not to fly in our airspace. We have video confirming. The bird fell on a waste heap. Residential areas were not hit. Civilians were not injured. There is also information about the second downed plane, allegedly Su.” Later, Girkin claimed that “the plane was pre-loaded with rotting corpses”, and accused Ukraine and the West of provocation. In July 2015, relatives of the victims in the plane’s crash filed a lawsuit against Girkin, accusing him of organizing a terrorist act.

Oppositionist Alexei Navalny intends to participate in the presidential election in 2018.