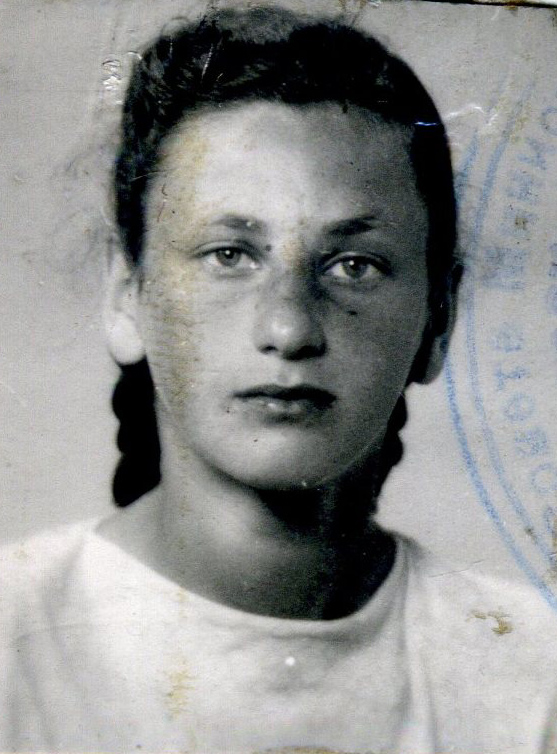 Nazi troops and militarized units, not Ukrainian nationalists, were in charge of massive and systematic killings of Jews in Ukraine during World War II.

UCMC publishes a short translated version of the article by Serhiy Ryabenko of the Ukrainian Institute of National Remembrance for Novoe Vremya.

During World War II Ukrainian nationalists being Nazi collaborators were massively killing Jews, sometimes they are even presented as the driving force behind these acts. The cases of mass killing of Jews by Ukrainian nationalists with the highest number of casualties took place in Lviv and in Babyn Yar in Kyiv.

The myth presenting the OUN (Organization of Ukrainian Nationalists) and the UPA (Ukrainian Insurgent Army) as main actors in these acts of violence, was actively exploited by the Soviet and later Russian propaganda to justify the fight that the USSR’s repressive agencies were waging against these organizations. As the myth goes, during World War II the supporters of the nationalist movement were massively killing Jews, Poles, and Russian speakers. It thus gave grounds to the Soviet intelligence and members of the security service to fight against them till the late 1950s under the pretext to not let them “massively kill”.

It is not rare to see the statements in today’s Russian media suggesting “mass killings of Jews by followers of Bandera” and that “Bandera was responsible for killings of Jews in western Ukraine”. They also claim that “Nachtigall” and “Roland” (German battalions formed of Ukrainian soldiers, which did not take part in combat actions) were among the main organizers of Holocaust in Ukraine. By mixing up these notions attempts are made to create a logical sequence in the heads of the viewers and readers suggesting that Ukrainians standing for the independent state are nationalists, while Ukrainian nationalists were killing Jews during World War II, which makes all standing for the independent Ukrainian state open or secret anti-Semites and criminals.

Mass and systematic killings of Jews during World War II in Ukraine were conducted not by Ukrainian nationalists but by Nazi troops and militarized units. These were mainly staff of security service, SS and police as well as assistant personnel.

Representatives of the German security service and SS arrived in Lviv on July 1, the next day after the German army took the city. In this period of time, a Jewish pogrom took place in the city. A widespread myth says that members of OUN and of Nachtigall battalion were main organizers and executors of the pogrom.

In reality already back in April 1941 the leadership of OUN(b) issued resolutions of the II Congress (Velyky Zbir) saying that the main aim of the Organization is gaining the independent Ukrainian state, while Jewish pogroms are attempts to distract the attention of Ukrainians from this goal using anti-Semitic moods.

As a military unit “Nachtigall” was neither organizing nor carrying out the pogrom. One of the battalion fighters was later remembering the order of the commander Roman Shukhevych to not take part in killings of civilians. Furthermore, the alleged involvement of the Nachtigall with the Jewish pogrom was not confirmed at the court hearing that took place after World War II in Western Germany in the case of Theodor Oberlander. Moreover, the documents from the archive of the Committee for State Security (KGB) the status of which was recently changed from secret to public, demonstrated that accusations of the battalion fighters were part of the special operation of 1959-1960 by the Soviet security service.

It surely does not rule out the possibility that some of the battalion fighters as well as some Ukrainian nationalists could have taken part in the pogrom guided by their own motivation. However main agitators and organizers of the pogrom were members of the German units.

After the Red Army retreated from Lviv, thousands of killed were found in the city’s prisons. They were arbitrarily executed by the agents of the People’s Commissariat for Internal Affairs (NKVD) prior to the retreat. It caused massive anger on the part of the city’s population, while the German units used it to direct the anger and aggression towards the Jews, despite the fact that Jews themselves were among the victims of terror.

Killings of Jews were mainly carried out by the local population including criminals and other marginal groups of the society of various nationalities. Of course, no respective data was being collected at the time. However, one should remember that Ukrainians constituted the minority in Lviv back then.

The German units continued mass killings of the Lviv Jews until the end of July 1941. In autumn of the same year, the Nazi occupation administration created a ghetto. Following the order of the German authorities, the Jews of Lviv were forcibly resettled there. During this action, about 5,000 elderly and sick either died or were killed.

In winter 1941-1943 the Nazi started sending the Jews from the Lviv ghetto to concentration camps, first of all to the Yanivsky (Janowska) and Belzec camps. It was facilitated by the SS units, German and supporting police composed of the local population. Over 450 thousand Jews from Western Ukraine were killed in these two camps alone during the war years.

The Nazi were systematically killing the Jews unable to work. Germans stated that only the Jews in possession of the so-called “working card” were allowed to stay in the ghetto. Germans were conducting “mopping-up” operations in course of which they were burning down the houses in which the Jews were hiding. On June 1, 1943, the occupation authorities ruled to remove the Lviv ghetto. The SS units and German police took part in this action. About 3,000 Jews were killed during the ghetto removal, the remaining 7,000 persons were taken to the Yanivsky concentration camp.

In other parts of Halychyna the acts of massive killing of Jews were carried out in March-April 1942 by the special units composed of the camp prisoners (Sonderkommandos), Wehrmacht and police members.

In Kyiv mass killings of Jews took place in Babyn Yar. After the German troops occupied the city, on September 29-30, 1941 alone, the Sonderkommando headed by Paul Blobel and the German police killed 30 thousand Jews. The Jews were also massively killed in the first half of October. The Soviet and Russian propaganda often attributed one of the key roles in these killings to the “Banderites” from the Bukovynsky Kurin and from the supporting police units of Kyiv. Appearance and active use of this message in the mid-1980s coincided with the beginning of the large-scale propagandist campaign in the USSR on the occasion of the 40th anniversary of the Nuremberg trials.

However, the propaganda makes use of the little knowledge that the common people have on the history of the Ukrainian resistance movement, skillfully mixing up different units.

Bukovynsky Kurin had nothing to do with the OUN(b). It was set up with the participation of the OUN(m) – named after Andriy Melnyk, and represented another branch of the organization. Moreover, the fighters of the unit came to Kyiv only in the first half of November, over a month after the Babyn Yar, so they could not be involved in those killings.

Setup of the Kyiv police started in the end of September 1941. Some authors mistakenly identify its commander as the OUN(b) leader Dmytro “Orlyk” Myron and thus conclude that the police was established by the Banderites and composed of the Ukrainian nationalists. However, the actual commander was Anatoliy Konkel who used the above name as a nickname, while Dmytro Myron never headed the Kyiv police. The police itself was mostly composed of the Soviet prisoners of war. It was “Ukrainian” quite conditionally, based on the link to the territory where they operated. Finally, during the killings in Babyn Yar, Kyiv police did take part in the incidents, but it accomplished support functions – distributed announcements, patrolled and surrounded the area, as well as collected the belongings of the killed. German Sonderkommando and German police were killing the Jews. Kyiv population and OUN units did not take part in the Babyn Yar killings.

Unfortunately, the local population was taking part in the pogroms and other anti-Jewish actions in Ukraine guided by personal motives. However, these were not only Ukrainians, but also Russians, Poles, and people of other nationalities. Among them, there could have been some members of the Ukrainian nationalist organizations or persons of nationalist views. However, even German war-time documents mention that the Jewish pogroms and anti-Jewish actions did not have wide support among the population.

Cases are known when Bandera supporters in Central and Eastern Ukraine were giving false passports to the Jews or were even hiding them from the Germans. Among those who saved the Jews during World War II there were OUN members including the wife of Roman Shukhevych, UPA chief commander, Natalia as well as the priest Omelyan Kovch (OUN member since 1930s) etc.