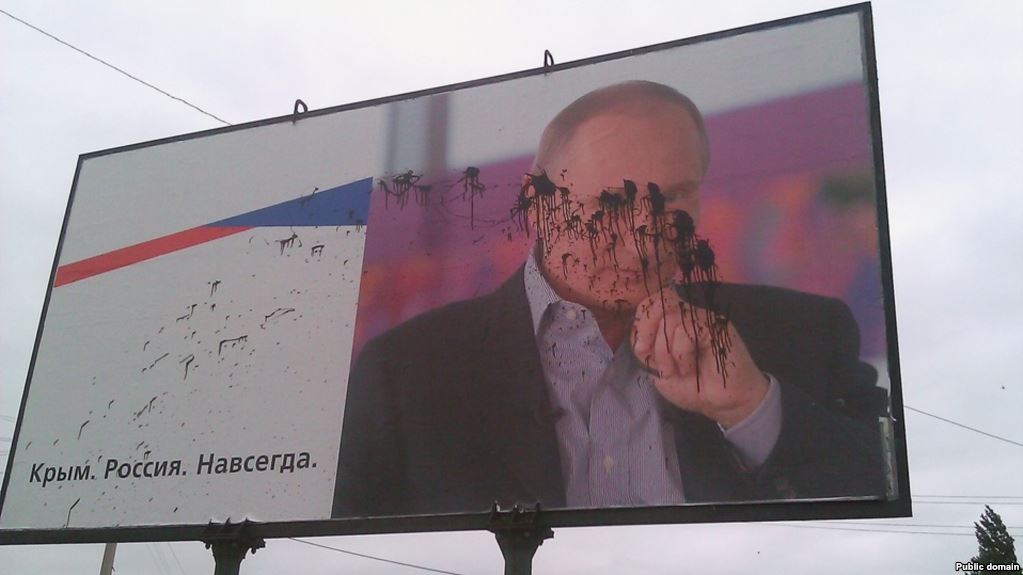 In Crimea, the number of people disillusioned with Russia is growing. Crimeans lash out at the Russians who take their jobs, businesses, and places in kindergartens from their children. And Crimeans are no longer pleased with either Russian tourists’ money or their manners.

UCMC publishes a translation of Yevgenia Goryunova’s article for KrymRealiyi.

The main problem for Crimeans of working age is jobs that are professedly available (according to employment centers’ reports), but salaries in ads and reality are very different. The average salary in Crimea in January-May 2017 amounted to  24.600 rubles (about € 350). However, this is merely an arithmetic average between the profits of security officials, who usually receive wages much higher than the average, and nurses in kindergartens, who earn 6,000 rubles. The Crimeans’ real salaries do not exceed 15 – 17,000 rubles and this is quite a decent profit according to local standards. Actually, it is extremely difficult to live on this money, especially for young families who have to rent housing. The inflow of Russians caused a significant increase in housing prices in Simferopol: the average price of a rented one-bedroom apartment has reached  20,000 rubles (about € 300). For many Russians, such a rent does not pose a problem, since the cost of living for those on a “mission trip” to the Crimea is compensated. But the locals have to pay from their pockets. In addition, prices for services and goods grow very quickly, overtaking the average Russian prices, so that even Russians with their high salaries do not like it, let alone the local population.

Another problem the Crimeans face is the inability to get a high-paying job. We are not talking about the post of a bank director; you cannot even find a job on a construction site, because they prefer to take Russians, or even better – guest workers from the Central Asian republics, who are ready to work 16 hours a day without a day off, living in unsanitary conditions. In addition, they can be paid less than promised or left without any money at all and no one is afraid of complaints. This will not happen to the Crimeans. According to the invaders, they are too literate: they demand compliance with labor laws and payment for overtime, threaten with courts. Russians do not need such workers, even if they are three times as qualified, educated and experienced.

“They do not employ us for good jobs. All good posts are only for ‘newcomers’. Well, or for those who know someone among the authorities. And what should we do? How can we not even live, but survive?”, resent the residents of the peninsula. It is no use going to the neighboring Russia in search of earnings either – Crimeans are thrown under the bus there.

Employees of banks and offices are disappointed too because it is Russians who come to run them more and more often. The interlopers look down on the Crimeans as if they were semi-literate aboriginal people, sigh soulfully, teach the locals the intricacies of paper accounting, which they successfully forgot in Ukrainian times.

Crimean businesses suffer not only from Russian taxes, various kinds of fines, licenses, and bureaucratic procedures. Most of all, the Crimeans suffer from the lack of work – profitable enterprises are given mainly to Russian firms, which can pay a large “kickback”. Minor entities are left for Crimean businessmen who came to “power” or have family/friendly ties with it. For others, lucrative contracts are an unattainable dream, so they are forced to make do with casual earnings or sell their businesses to the Russians at a cheap rate.

Local producers in Crimea are actively plundered so as to eliminate competition for Russians. For example, Russians drove once successful enterprise “Krymmoloko” to bankruptcy within two years. Currently, children in the kindergartens and schools catch food poisoning as a result of an increasing number of counterfeit milk products delivered to the peninsula from Russia.

To wreck the local livestock producers, different tactics were used. They fabled African pig plague and reduced the number of pigs by 25% compared with the Ukrainian times. The introduction of harsh slaughtering conditions combined with expensive forage reduced the number of sheep and goats by 38%, and cattle – by 35%. Crimean farmers become ruined and join the ranks of the unregistered unemployed.

In general, the Russian authorities are pursuing a targeted policy of eliminating Crimean businesses, in particular, small ones. They are eliminating not only competitors but also the rudiments of the middle class, which from time immemorial belonged to the category “superfluous people” in Russia.

Crimeans, in comparison with newcomers, are discriminated against when they enroll their children in schools or kindergartens. As to Russians, they do this on preferential terms. At the same time, queues for enrolling Crimean children into preschool institutions continues to grow, reaching 28.5 thousand persons at the beginning of the year.

Crimeans are trying to seek justice in the “courts” and “prosecutor’s offices”, but without success. Russians are granted privileges in accordance with the law. The situation was aggravated to the point where the local “authorities” are raising an alarm over it. “This adversely affects the social situation, because many parents feel indignation at such injustice. It is impossible to improve the situation. New places should be provided,” noted the head of the profile committee of the “state council” Vladimir Bobkov in 2016. During this time, the situation did not change much. Queues for child care places remain.

After the occupation, there are no other tourists except Russian ones in Crimea. Besides, Russian holidaymakers are not anything like they used to be. Previously the peninsula was visited by those who spent money like water, because of the exchange rate of the RF ruble to the UAH and low Ukrainian prices. Now tourists are entirely different. A Russian tourist saves on ice cream and gets ten roubles’ change from a taxi driver. A paid toilet is an unacceptable luxury for the current holidaymakers. That is why they prefer to use close-by bushes. Despite the presence of trash cans, Russians cannot deprive themselves of a pleasure of leaving litter.

In response to the remarks made by Crimeans, Russians, as a rule, break into profanity-laced rants or tell them to go to hell because they are “liberators” of Crimea from the “Ukrainian yoke.” Russians behave like hosts, whereas Crimeans are in the position of guests on their land. And at any moment they may be asked to leave the peninsula.

“If Russia does not need us, why then did they take us? To expel us from our house?” – such a question is often asked by Crimeans.

Tardy insight is still better than belief in “Putin the Liberator.” However, they cannot vote again.